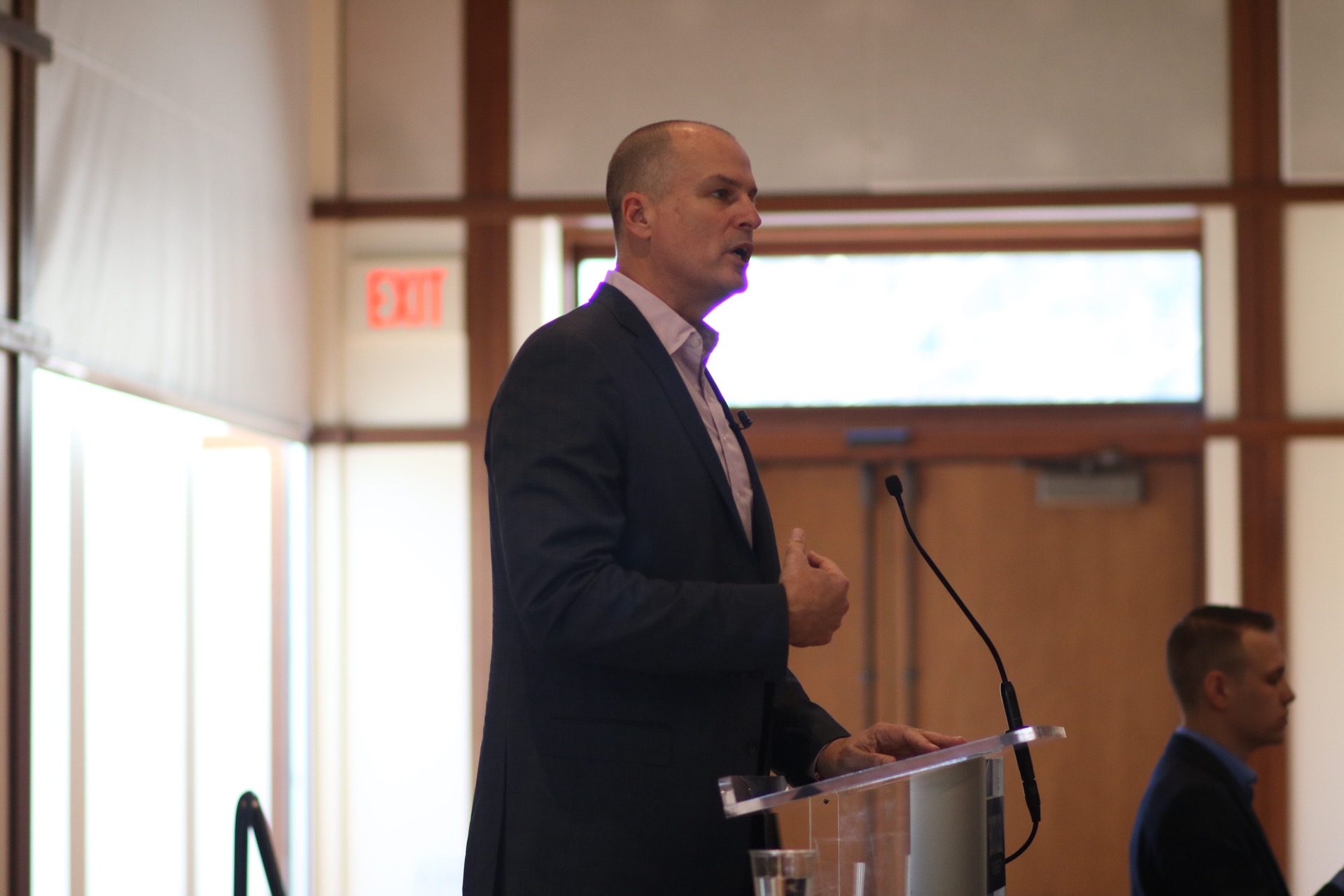 College basketball analyst Jay Bilas spoke to a filled Reilly Room on Wednesday, March 2, about his experiences in life.

He was brought to speak on campus as a part of the third annual CCOM Symposium. The symposium took place during the week of Feb. 29 to March 3.

Aside from being an employee at ESPN, Bilas is Of Counsel at the Moore & Van Allen Law Firm, and he was a four-year starter for the Duke University basketball team.

Bilas started his noon to 2 p.m. session by acknowledging the great tradition of Butler University. He assured Bulldog fans that their basketball team was in good hands with head coach Chris Holtmann and his staff.

He discussed his past work experience and offered advice to the crowd. After playing professional basketball overseas, he was an assistant coach at Duke while earning his law degree. His first job in broadcasting was as a runner for ABC in college.

The majority of his time on stage was devoted to answering the questions of those in attendance. He answered many questions dealing with a wide range of topics. To name a few, he addressed the situation of Duke star Grayson Allen as well as the rise of the Golden State Warriors.

Really strong 2 hours of Q&A/wisdom from @JayBilas. “I don’t quit before I start. Say yes to the opportunity.” pic.twitter.com/q8JSE7JXUM

Another topic highlighted was his fame on Twitter under the username @JayBilas. He has more than a million followers, and he encouraged those in attendance not following him to hit the follow button. Bilas views Twitter as a place to interact with his fans and express his opinions in a direct way.

A piece of advice he had for the crowd was that it is important to not allow yourself to quit before even starting something. He attributed this idea to a lot of the success he has had in his life.