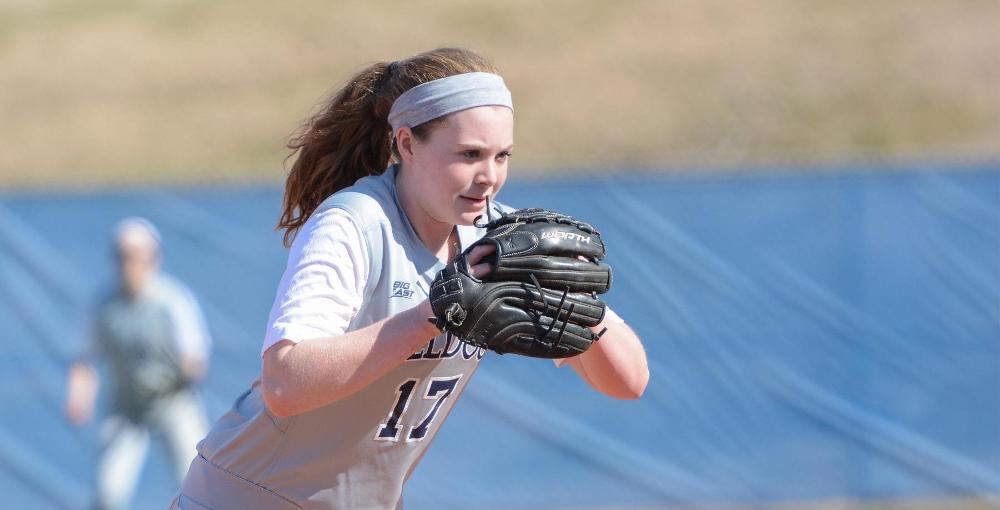 The Butler University softball team, 14-11 on the season, went 6-2 on their spring break trip in Florida.

On March 9, Butler defeated the Penn Quakers 10-2 in six innings, and they beat the Northern Kentucky Norse 7-0. Butler had previously lost to the Norse 7-5 in February.

The main highlight from that day of action was that senior pitcher Kristin Gutierrez threw a no-hitter against Northern Kentucky. She struck out five batters during the game as well.

Senior battery of Sid and Ri throw a no hit shut out against NKU! Great job defense! pic.twitter.com/fF7im4thwu

In the game against Penn, first baseman Kaitlin Doud and third baseman Alyssa Lach each had two RBIs to lead the team’s offensive attack.

On March 11, Butler took down the Western Michigan Broncos 1-0 in an eight-inning game but lost to the Maine Black Bears 8-0 later in the day in a five-inning game.

Against Western Michigan, Gutierrez put together another incredible performance on the mound. She threw all eight innings, allowed only three hits and struck out seven batters. Doud had the game-winning RBI that came on a single in the top of the eighth inning.

The Bulldogs received a taste of their own medicine, as they were no-hit by Maine pitcher Molly Flowers.

Butler had two more games on March 12; they beat the Detroit Titans 3-1 and the Quinnipiac Bobcats 5-2.

Gutierrez continued her winning ways by throwing seven more innings, allowing one earned run and striking out eight hitters against Detroit. Right fielder Sarah Dixon tripled to left field in the bottom of the fifth to drive in three runs for the Bulldogs.

Doud carried the offensive load for the Bulldogs against Quinnipiac. She finished with four RBIs and hit a two-run home run. Pitchers Kacey Starwalt and Mikeila Boroff split the work on the mound for Butler.

On March 13, the Bulldogs lost to the Southern Illinois Salukis 4-1 and beat the UMass Lowell River Hawks 6-3.

Doud had the team’s only RBI against the Salukis, and Starwalt took the loss on the mound.

Against the River Hawks, Butler scored all six of their runs in the first inning. Highlighting that inning was a two RBI triple by designated player Zoe St. Cyr.

Boroff pitched all seven innings for the Bulldogs, gave up two earned runs and struck out three.

The next time Butler plays, it will be their first home game of the season against the Miami University (Ohio) RedHawks on March 15. The first game of the doubleheader is set to begin at 3 p.m., and the second game follows at 5 p.m.