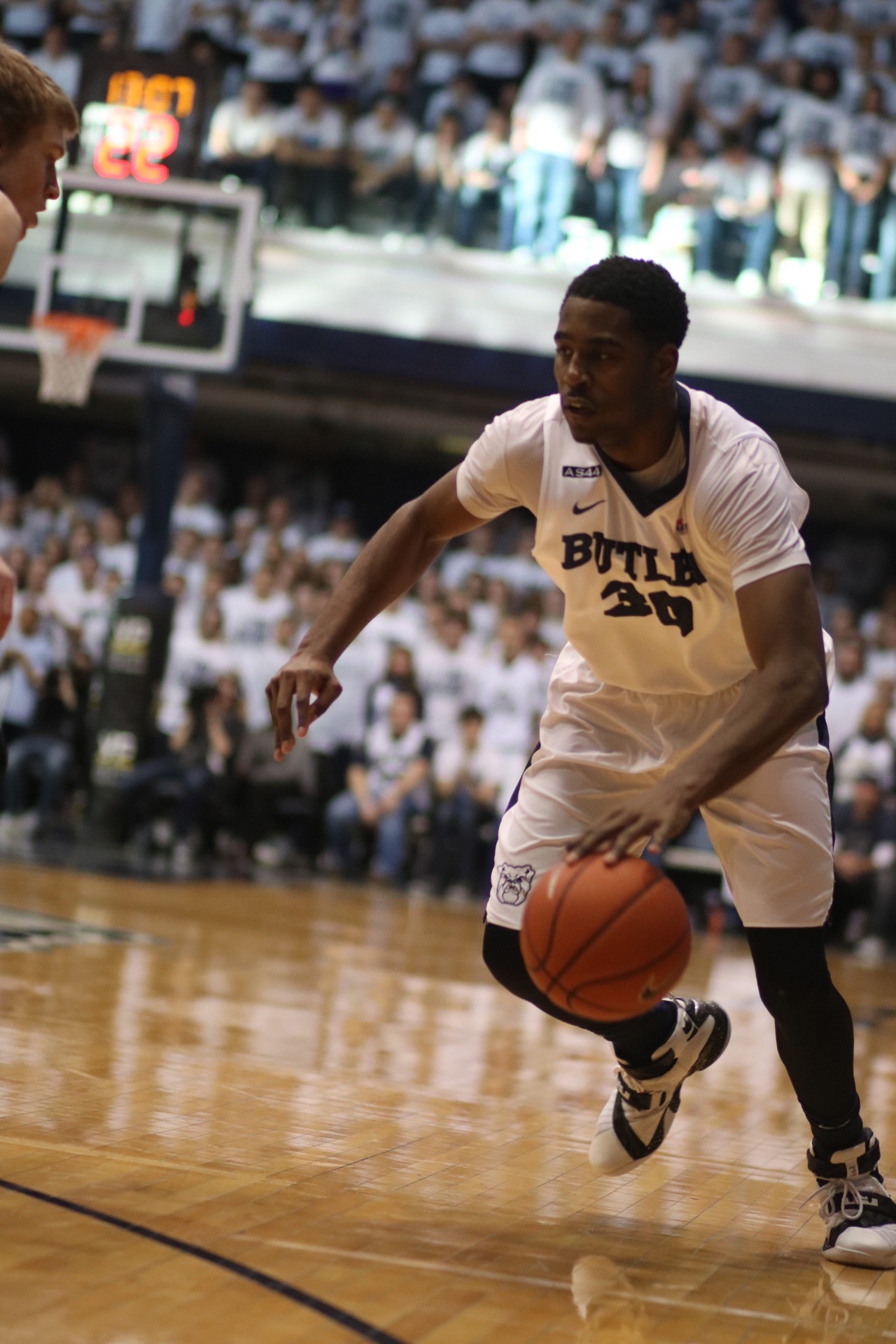 The late season push by the Butler University men’s basketball team placed them in a tie for fourth place in the Big East, knotted up with the Providence Friars.

The two teams will face off in the second round of the tournament with Providence owning the No. 4 seed because of their regular season sweep of the Bulldogs as the tiebreaker. Providence won both meetings against Butler in the regular season, defeating the Bulldogs at Hinkle Fieldhouse on New Year’s Eve in the Big East season opener 81-73 and 71-68 in a Jan. 19 battle in Providence.

The clash will take place on Thursday, March 10 at Madison Square Garden at 2:30 p.m. ET, the second game of the day.

The Bulldogs seem to have the upper hand in the matchup due to the Friars poor play recently. The Providence offense has cooled off as of late due to multiple factors including injuries and illness to Kris Dunn and Ben Bentil, two of the top scorers in the Big East. Providence comes into the tournament losing five of their last nine conference games.

The Bulldogs biggest test will be keeping the Friars’ scorers at bay by pressuring them defensively. Those scorers not only include superstars Dunn and Bentil, but role players such as sharpshooter Rodney Bullock and shifty guard Kyron Cartwright. Bullock registered a season-high 25 points, including six three pointers, against Butler in their first meeting of the season.

Providence is known for using their quickness and defensive toughness to wear opponents down and capitalize late in games. A key for Butler will be to take care of the basketball and limit the turnovers to eliminate Providence’s strength in the transition game.

The Butler offense has fluctuated all season, at some points looking like a juggernaut when you pair the aggressive play of Roosevelt Jones, the mid-range game of Kelan Martin and the three-point shooting of Kellen Dunham. At other points, it looked as if Butler was lost (mainly the stretch where Dunham went four straight games without hitting a three pointer).

Despite the troubles, Butler’s offense ranked first in the Big East with 81.3 ppg, and the Bulldogs are rolling into MSG with a three-game winning streak and winners of eight of their last 11.

This tournament could prove to be big in regards to Butler’s NCAA tournament ranking. Currently the Bulldogs are listed as a No. 8 seed by ESPN’s Joe Lunardi and could move up with a quality win over Providence. With a win, Butler could avoid the play-in game and pretty much lock up a bid to the big dance.

Providence has fallen fast in the college basketball rankings and currently is listed as a No. 8 seed as well in the same Lunardi bracket. Another win against Butler and a possible run to the Big East tournament finals could propel Providence to a No. 7 or even a No. 6 seed when the field of 68 is announced on March 13.

Butler is 1-5 all-time against the Friars and 4-8 when playing at MSG. Butler is also looking to capture their first Big East tournament victory, as they have fallen in their first two games as members of the Big East. In 2013, they lost as a No. 9 seed to No. 8 seed Seton Hall, and in 2014 they entered as a No. 3 seed and fell to No. 6 seed Xavier in overtime.

This will be the final Big East tournament for Butler seniors Dunham and Jones who have seen the program go from the Horizon League to the Atlantic 10 and finally the Big East. Dunham scored 17 points in last year’s tournament game and is averaging over 17 ppg in his career against the Friars. Jones and Martin also averaged 17.5 ppg this season against the Friars.

A stat to think about could be the presence of junior forward Andrew Chrabascz, who is a critical defender and scorer in the post. When Chrabascz scores in double digits, the Bulldogs hold a record of 15-2. In both losses to Providence, Chrabascz scored only four and six points while dealing with foul trouble. If Chrabascz can get in a rhythm on the offensive end and contribute to the Butler offense, it could cause matchup problems for the Friars.

Two players to watch for on Butler are Tyler Wideman and Austin Etherington. Wideman serves as the big man and main rebounder for the Bulldogs. Wideman has also displayed a unique set of defensive characteristics this year, showing off his shot-blocking ability as well as quickness in creating turnovers and getting steals. Wideman will most likely be matched up against Bentil who can stretch the floor with his own quickness and three-point shooting ability.

Etherington is usually the first person off the bench for Butler because he can fill most any role on the floor. His three-point shooting ability can help open up the middle of the floor for Jones and Wideman, and he can also help on the glass with rebounding. Etherington will be matched up with an abundance of Friar players, and we will see how he adapts to the versatility of Providence.

This is Butler’s first test as they move toward the NCAA tournament. This matchup could result in a huge momentum swing for the Bulldogs. If they win, they add another key win to their resume, but if they fall to Providence once again, it could  damage their postseason status.

The winner of this contest will move onto the semifinal round on March 11 where they will meet the winner of No. 1 Villanova/No. 8 Georgetown.