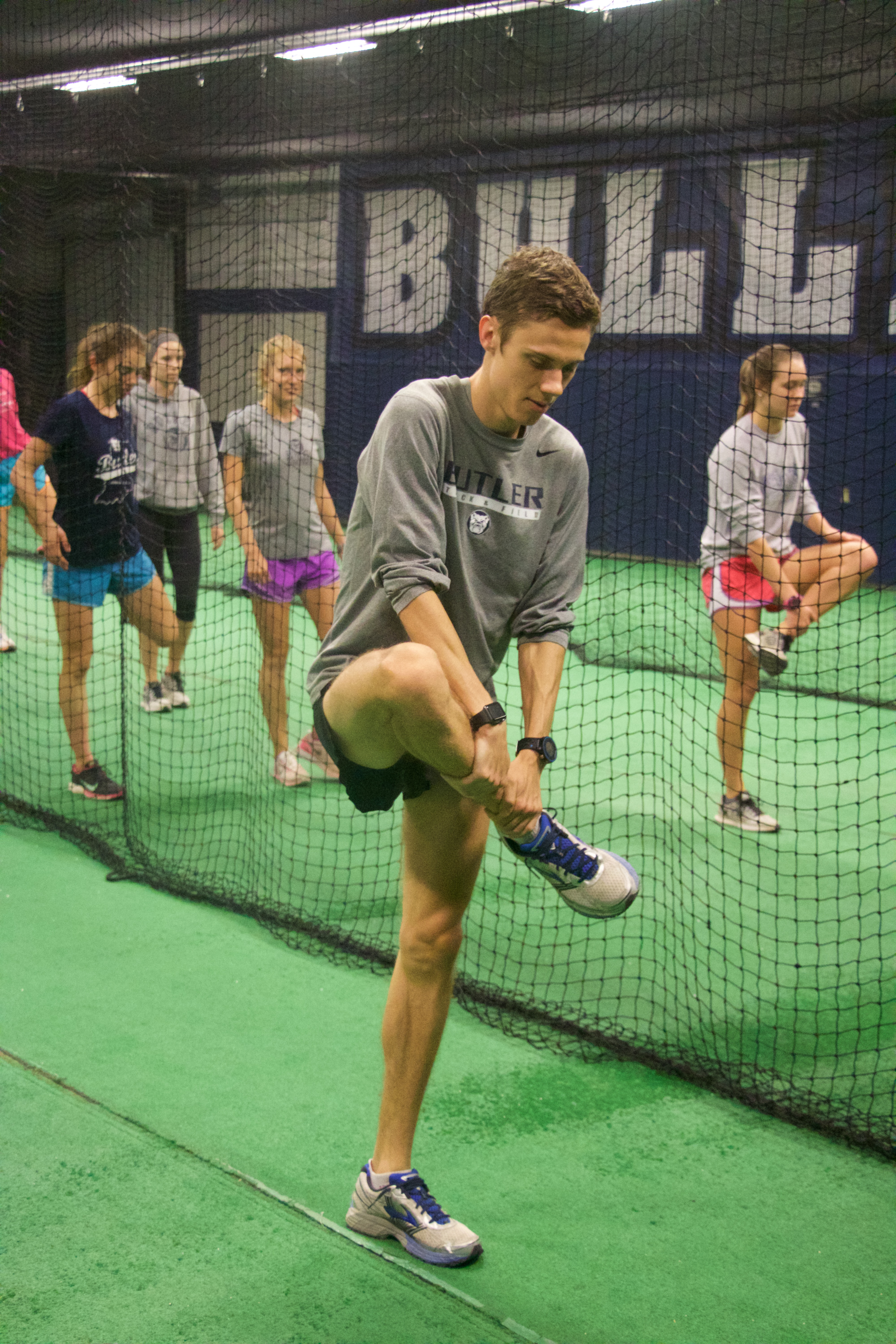 The Butler University men and women’s track and field teams look to build on their momentum so far this season and improve from their abysmal season last year.

“The numbers are growing, and that’s one thing we lacked [last year],” junior Andrew Shorter, a sprinter, said. “We got numbers, we got kids that want to be here, kids that want to get better every  day, so we’ve got a really good dynamic.”

This year, the team is looking to improve both sides in the indoor season, which is their main focus this early in the season.

“The goal is just to not be in the dog house, not be in last place,” assistant coach Robby Burns said. “More than anything, we’re focused on the team goals, which is to finish in the top half of the conference.”

One of the main obstacles for this team is how young they are. The team has 28 freshmen this season. The sprint team alone has doubled its numbers from 12 runners last season.

Burns said one of the main things the coaches need to do with the freshmen is focus them in on where they are their best.

“A lot of high school programs do as well as they can, but they tend to overextend their athletes with what they can do on the track; putting them in four different events,” he said. “We [need] to teach ‘Track 101’ to start from the root of things and give them a better understanding of what they’re truly going to be the best at.”

So far, the team has had seven meets where they have fared well.

“Overall, I think everyone is doing really well,” freshman Allie Vogeler said. “Everyone’s been cutting off time and improving time, so it’s a really good start to our season.”

At the season opener in December, the team scored two dual meet wins against Oakland University and IUPUI.

The following week, the women’s team scored two individual wins, a relay win and broke two records in the process.

Aside from the team goals and the personal goals, the athletes discussed at length the bond everyone on the team has with each other and how close they are.

“I love my teammates,” Kellersohn said. “We’re all one big happy family. It’s the best team that I’ve been on. Everybody gets along so well, so there’s not drama or anybody getting upset with anybody.”

Shroyer explained that he has seen the bond within the team grow tremendously within the last year.

“It’s the freshman guys and the freshman girls,” Shroyer said. “They immediately came in and became good friends. We were already close: the older people on the team, and we really wanted to bridge the gap and be together.

“In all my time before this year, we didn’t have a single team dinner or go out before a meet. This year, we’ve done it two or three times already, and we’ve only had five meets…We’ve got a tight group. We came back from Christmas break, and it was just like seeing your family.”

The team will be in action Feb. 5 and 6 at the Meyo Invitational in South Bend, Indiana.