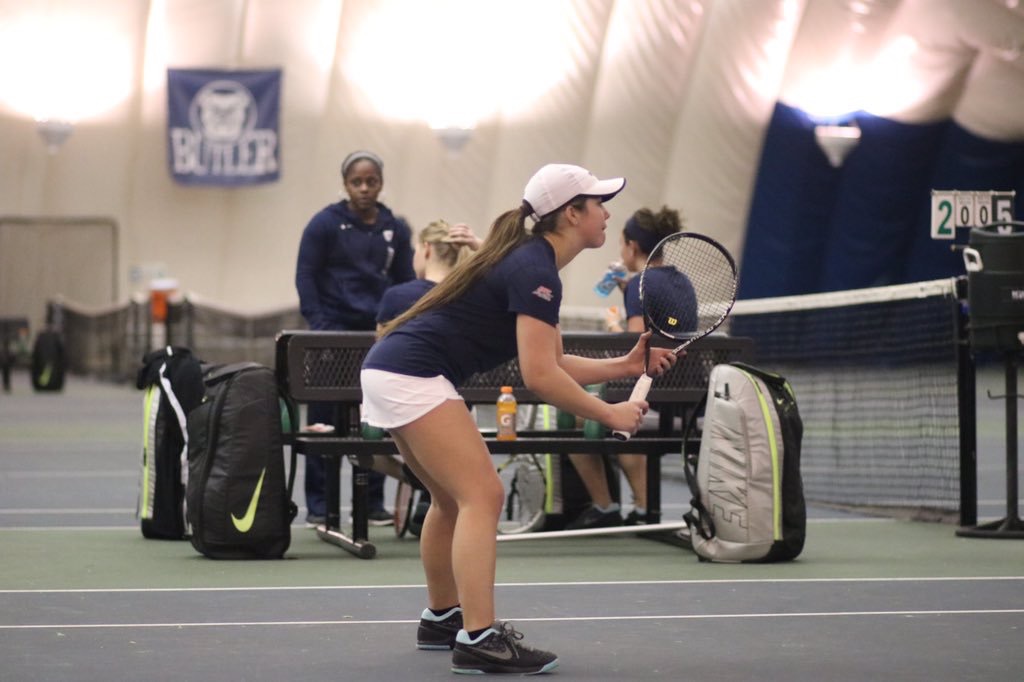 The Butler University women’s tennis team ended a weekend series of matches with one win and two losses.

After a dominant 6-1 win at home over the University of Indianapolis  on Feb. 12, the team fell to Lipscomb 6-1 on Feb. 13. The loss pushed Butler’s overall record to 1-9 while Lipscomb improved 4-2.

Konstantina Adami picked up the Bulldogs’ lone victory in No. 2 singles. The senior defeated Katerina Kandyba 6-4, 6-3. Later in the day, Adami paired with Rachel Sutton in hopes of walking away with a win in No. 2 doubles. The two were eventually defeated by Danielle Kinnen and Hannah Gamage 6-4.

The remainder of the team struggled in singles competition. Butler’s No. 1 singles player Bailey Padgett was unable to overcome Hannah Gamage and fell 6-1, 6-4. Similarly, the Bulldogs faced losses in the remaining singles matches.

On the doubles side, Butler fared no better, with the opposing team taking all three sets. Notably, Butler’s No. 3 doubles Kailey Eaton and Jordan Minnick were able to battle their set out to a score of 7-6 before losing.

The weekend concluded with a loss on Sunday against Southern Illinois University. The opposing team won the first four points, forcing the match to end prematurely.

The Bulldogs were unable to find any success playing doubles. Similarly, the team struggled to overcome Southern Illinois in singles play. No. 3 Eaton gave Butler the closest set at 6-5 before losing the second one 6-1.

Butler will travel to Southern Illinois University-Edwardsville on Feb. 20 for their next match.