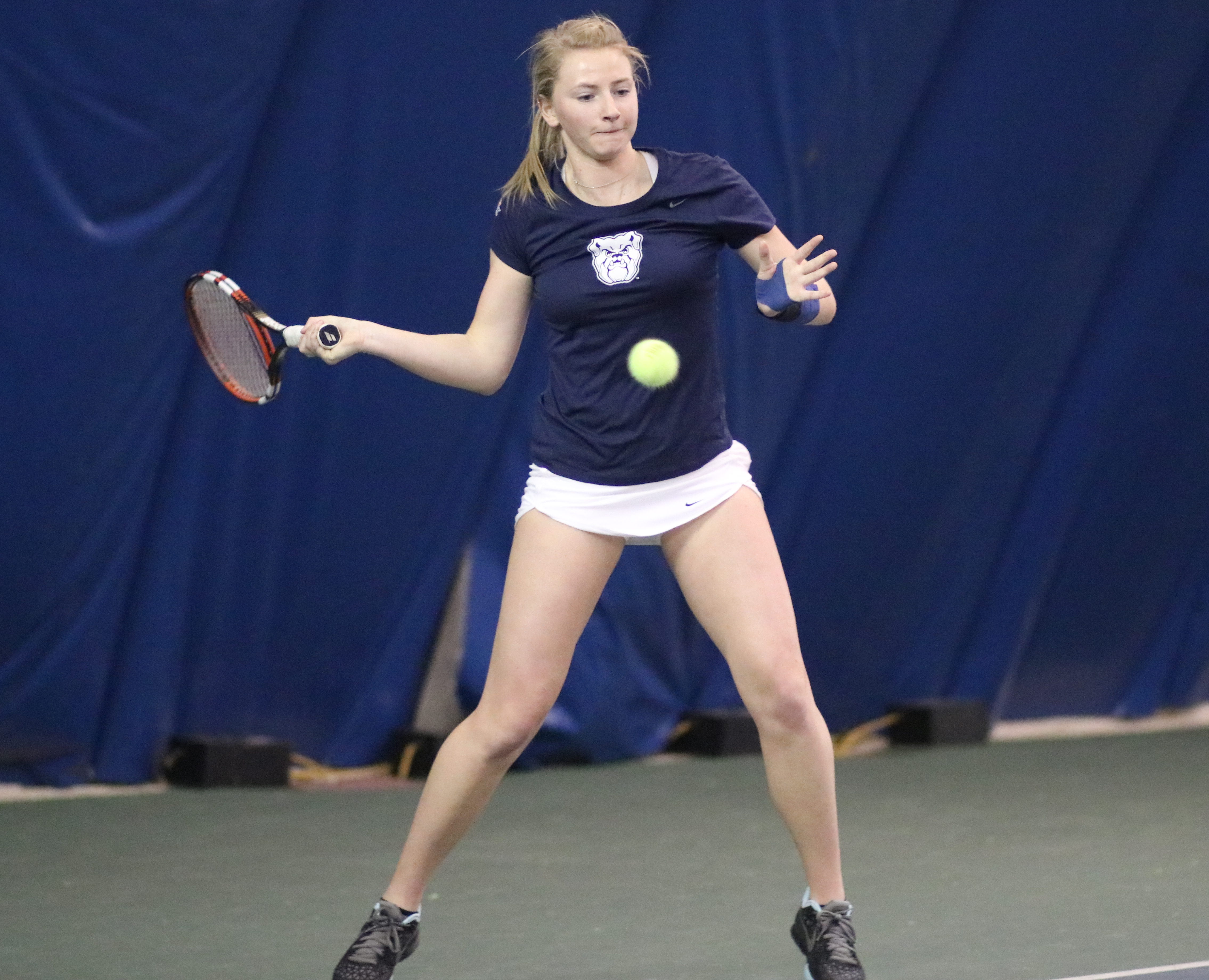 The Butler University women’s tennis team fell to Bradley University at home on Feb. 6 with a final score of 6-1. The defeat puts the team’s season record to 0-6.

Junior Kailey Eaton was the sole winner for the Bulldogs after gaining the upperhand at No. 3 singles. Eaton recorded a score of 6-3, 6-4 against Alexa Brandt.

Eaton would later go on to play No. 2 doubles with her teammate, senior Konstantina Adami, before losing 6-3.

Playing in the No. 1 singles slot for Butler was sophomore Bailey Padgett. She admitted that the first match of a weekend can be a struggle.

“The first match can always be a little more difficult to get your mind in the match after a long week of school and other activities,” Padgett said.

“I’ve played [Dechter] before and was kind of expecting an easy win,” Padgett said. “But with college athletics, it evens out the playing field a little bit more. You can’t really expect anything from your opponent but a tough match, especially at the Division I level.”

In the doubles competition, the team struggled to find solid ground and Bradley swept all sets.

The Bulldogs will return to action on Feb. 7 at home against Cleveland State University.