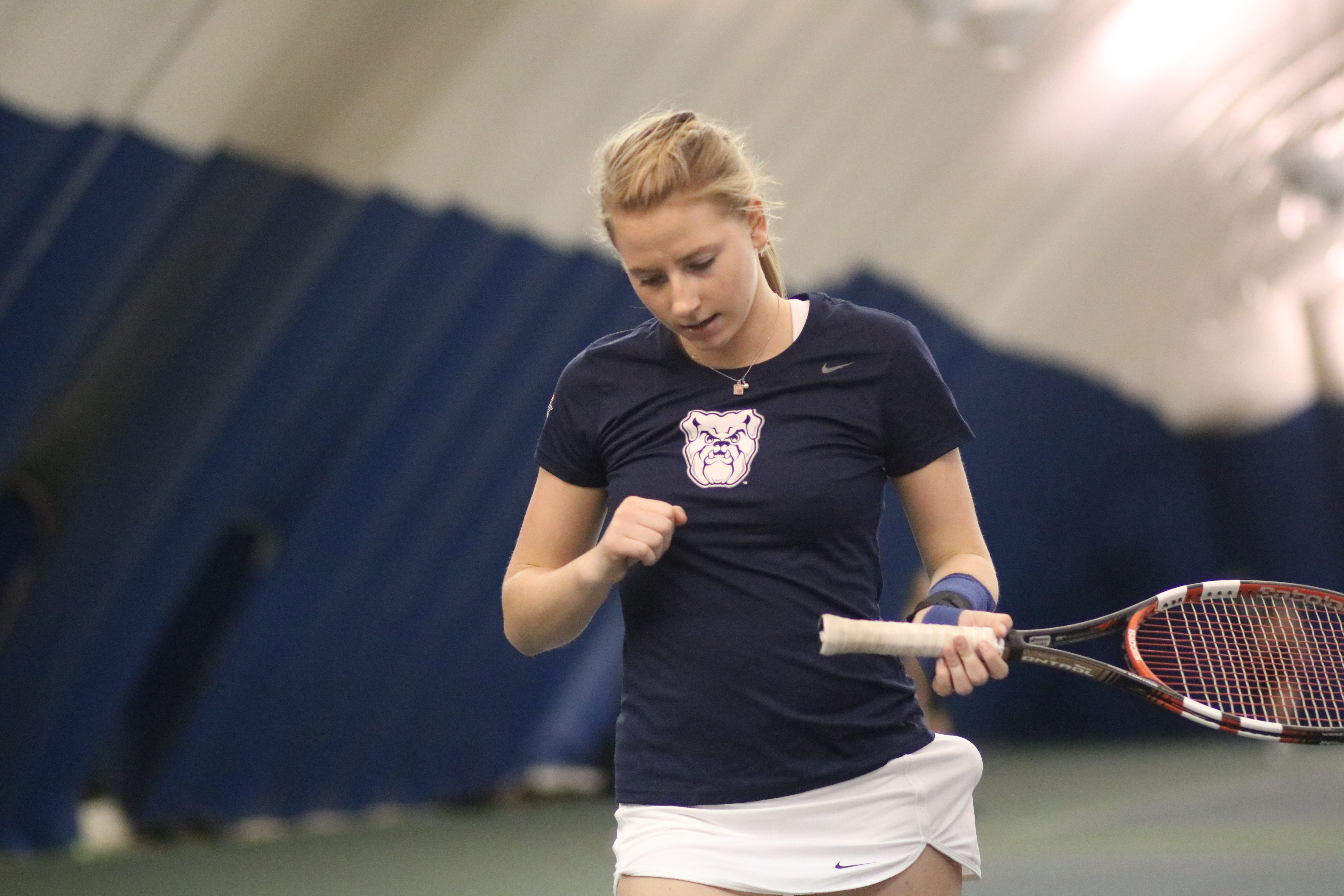 The Butler University women’s tennis team lost Sunday afternoon to Cleveland State University by the smallest of margins with a final score of 4-3 at the Butler Bubble. So far, the Bulldogs are 0-7 on the season.

Cleveland State dominated the doubles competition and walked away with three wins. Butler’s duo of senior Konstantina Adami and sophomore Rachel Sutton played in the No. 2 slot. They would ultimately lose 6-4 to Victoria Bensimon and Morgan Nix.

“We’re always working on doubles,” Adami said. “This is a new team, but we’re pushing through. We’ve got to build a solid doubles team.”

Adami added that the ultimate goal is to improve for conference. Last year, the team walked away with a seventh place finish in the Big East Conference.

Better results for Butler came later in the day, when three out of the six singles players were able to force play into three sets.

No. 1 singles player, sophomore Bailey Padgett, rallied for a final score of 6-1, 2-6, 6-4 to defeat Mathilde Orange.

“In singles, we’re focusing on our strengths,” Padgett said. “Not necessarily winning, but winning point by point and focusing on what we’re working on in practice.”

The Bulldogs also saw wins from Adami at No. 2 singles and junior Kailey Eaton playing at No. 4.

Adami pulled away for the win against Princess Gbadamosi with a score of 6-3, 6-4.

“It was a much needed win,” Adami said. “We’ve had rough matches, and we needed one win to do well. After pushing through, it was like an award. It was very exciting.”

The Bulldogs are home again on Feb. 12 at 4 p.m. ET against the University of Indianapolis.