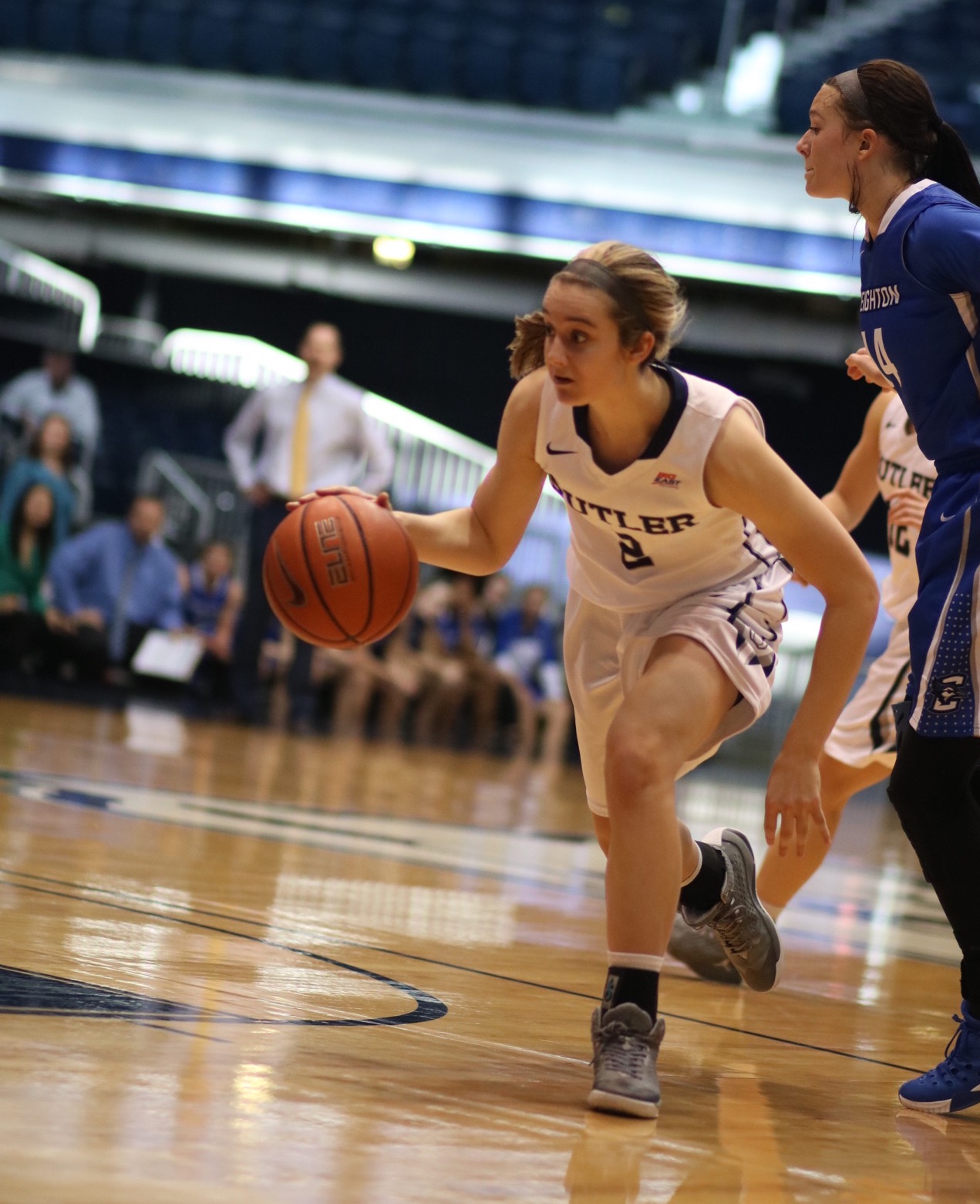 The Butler University women’s basketball team lost their seventh straight game as they fell in the final quarter to Creighton University with a score of 52-42 on Feb. 5 at Hinkle Fieldhouse.

The loss drops Butler to 7-15 on the season and 2-9 in the Big East Conference.

The Bulldogs spent much of the first half fighting to stay with the Blue Jays. Midway through the first quarter they were able to top Creighton, but by the end of the quarter, Creighton held a 7-5 lead.

Butler played rough in the beginning of the quarter with some missed shots and air balls. With under three minutes left in the second quarter, Creighton pulled away to a seven-point advantage to lead Butler 16-9.

Butler quickly picked up momentum when senior guard Blaire Langlois made a 3-pointer and was fouled on the attempt. She made the free throw attempt and brought the team within 3 of the Blue Jays, down 16-13.

Soon after, freshman guard Alexa Bailey went to the basket on two consecutive possessions and gave the Bulldogs a 17-16 lead going into halftime.

Butler kept the momentum going in the beginning of the third, reaching a five-point lead early on. However, Creighton began to make a comeback. Sophomore guard Sydney Lamberty drained back-to-back 3-pointers to take the lead from Butler at the midway point of the quarter; 24-22.

Soon after, Langlois went on a tear. First she made a steal and a three; then, she went to the basket to score and was fouled. After making her single free throw, Butler lead 30-24 with still more than two minutes to go in the quarter.

On the other end of the court, the Blue Jays’ Faber went for a bucket and was fouled by senior forward/center Belle Obert. Freshman forward Audrey Faber made both free throws and came back the next possession to score a 3-pointer, allowing Creighton to take the a 31-30 lead.

With the last possession of the quarter, Butler went down the court and sophomore guard Sydney Buck scored a three at the buzzer, giving the Bulldogs a 33-31 lead.

Butler started off the fourth quarter with a bucket by Langlois to take the lead. The Bulldogs and the Blue Jays exchanged the lead and tied the game several times early on, but as the final quarter continued, Butler started to lose grip of the game.

With two minutes to go, Creighton’s junior guard Lauren Works shot a three and put the Blue Jays up five points over Butler, 45-40. They scored seven more points in the final minute as they went on a 13-2 run over Butler in the final quarter.

Bailey was the lone scorer in the final two minutes for the Bulldogs. She scored eight points in the game, a career-high for the freshman. She also tallied up six rebounds and four assists.

Langlois lead the way for the Bulldogs with 16 points and four rebounds. Along with Bailey, Buck scored eight points and had three rebounds.

The Bulldogs are in action again Feb. 7 as they take on Providence College at 2 p.m. ET in Hinkle Fieldhouse. The game will be broadcasted live on the Big East Digital Network.