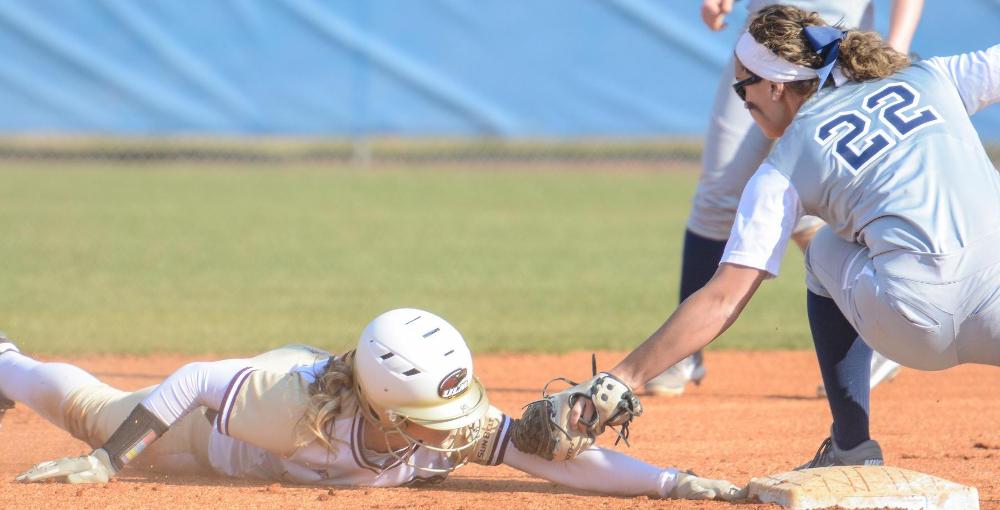 The Butler University softball team, now 6-7 on the season, capitalized on back-to-back home runs in two different games in order to win their last two contests at the Carolina Classic in Chapel Hill, N.C.

The Bulldogs beat the Fairfield Stags 8-7 on Feb. 27 and took down the IUPUI Jaguars 6-1 on Feb. 28. Butler split their first two games to finish the Carolina Classic with a 3-1 record.

Against Fairfield, Butler had a seven-run second inning that would ultimately be enough to win the game.

Senior infielder Krosley Ogden and sophomore second baseman Maggie MacBeth each had RBI singles in the inning. The inning, and the game for that matter, was busted open when junior center fielder Brandyce Sallee hit a grand slam over the center field wall.

The next batter, freshman pitcher Kaitlin Doud, followed with a home run of her own.

Doud follows with a HOMERUN over center as well. #Dingers Dawgs 8 Stags 2

Junior pitcher Kacey Starwalt picked up the pitching win for the Bulldogs after she threw three innings and gave up two earned runs. Senior pitcher Kristin Gutierrez came in to get the save for Butler.

In their game on Feb. 28, Butler benefited from some costly errors made early on in the game by IUPUI.

Already up 3-1 in the fifth inning from those errors, sophomore third baseman Alyssa Lach and freshman shortstop Cheyenne Thompson hit back-to-back solo home runs to extend the lead to 5-1.

Back to back jacks! Okayyyyy Cheyenne!

Gutierrez went all seven innings on the mound for the Bulldogs. She faced 29 batters, gave up one earned run and struck out three.