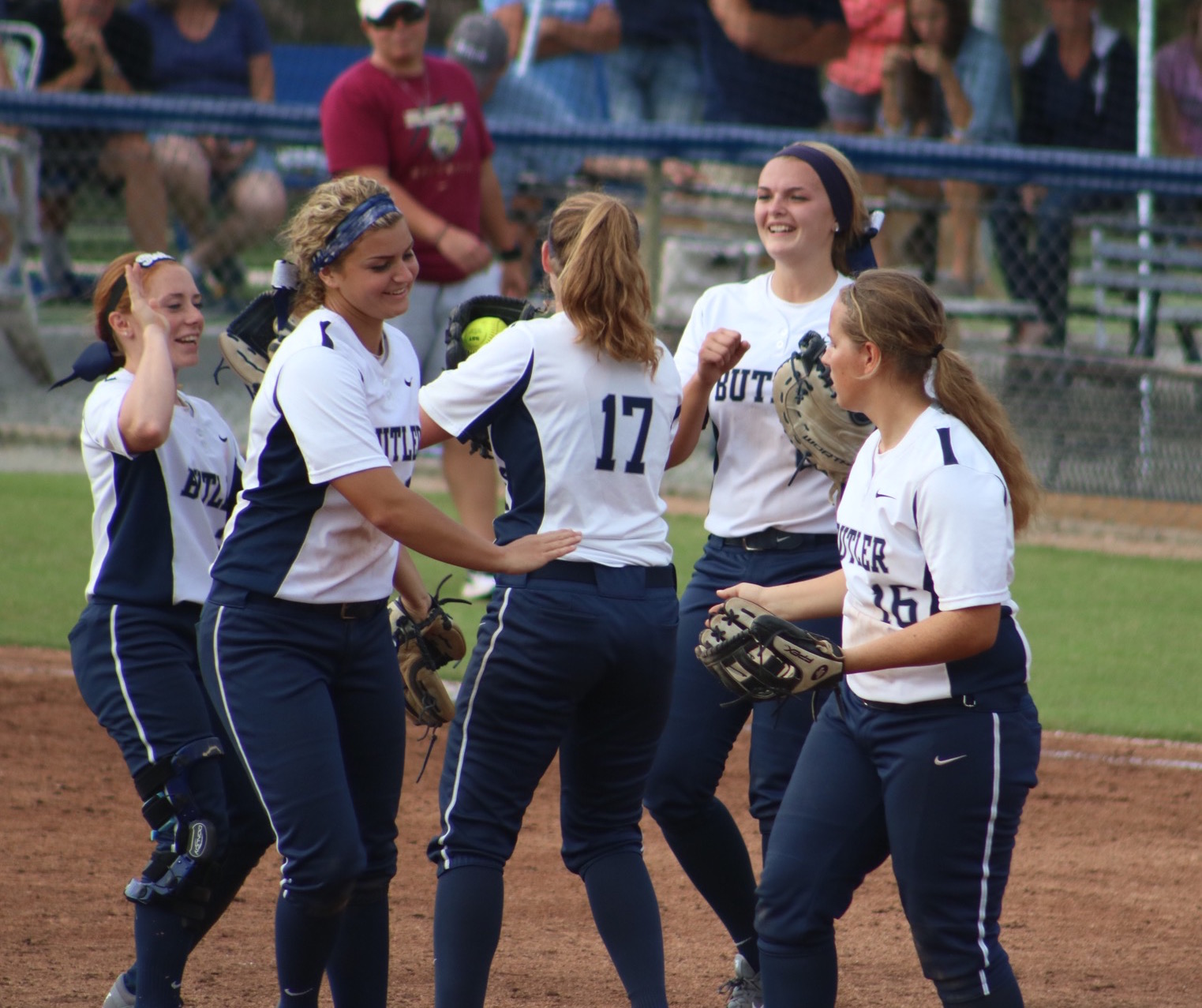 The Butler University softball team went 2-2 at the Plainsman Invite from Feb. 12 to Feb. 14 in Auburn, Alabama.

Sallee had three hits in three at-bats with one RBI. Lach totaled three hits as well, while driving in two runs. Doud went 2-2 at the plate with 2 RBIs.

The Bulldogs got off to a slow start in their second game against Appalachian State University. They trailed 3-1 after three innings. The turning point occurred in the fifth inning for the Bulldogs.

After a run had already been walked in, Sallee doubled to left center field with the bases loaded. All three runners scored for the Bulldogs. Butler added five more runs in the seventh inning to secure a 12-6 win.

Games three and four in Auburn didn’t go as well for Butler. Their offense was only able to score two runs total in the two games. Butler fell to Western Kentucky University 2-0 and #4 Auburn University 28-2.

Against Western Kentucky, Butler was only able to total three hits. Gutierrez pitched six innings, gave up two runs off of five hits and struck out four batters.

Auburn jumped out to a 15 run lead in the first inning against the Bulldogs. The Tigers accumulated 26 hits in the game. Doud went 2-3, and Thompson had the team’s only RBI.

Dawgs won’t be down for long! Too many good players and too many games left to play! Moving on….love this team! B212

The Bulldogs will be back in action for five games in Nashville, Tennessee starting on Feb. 19.