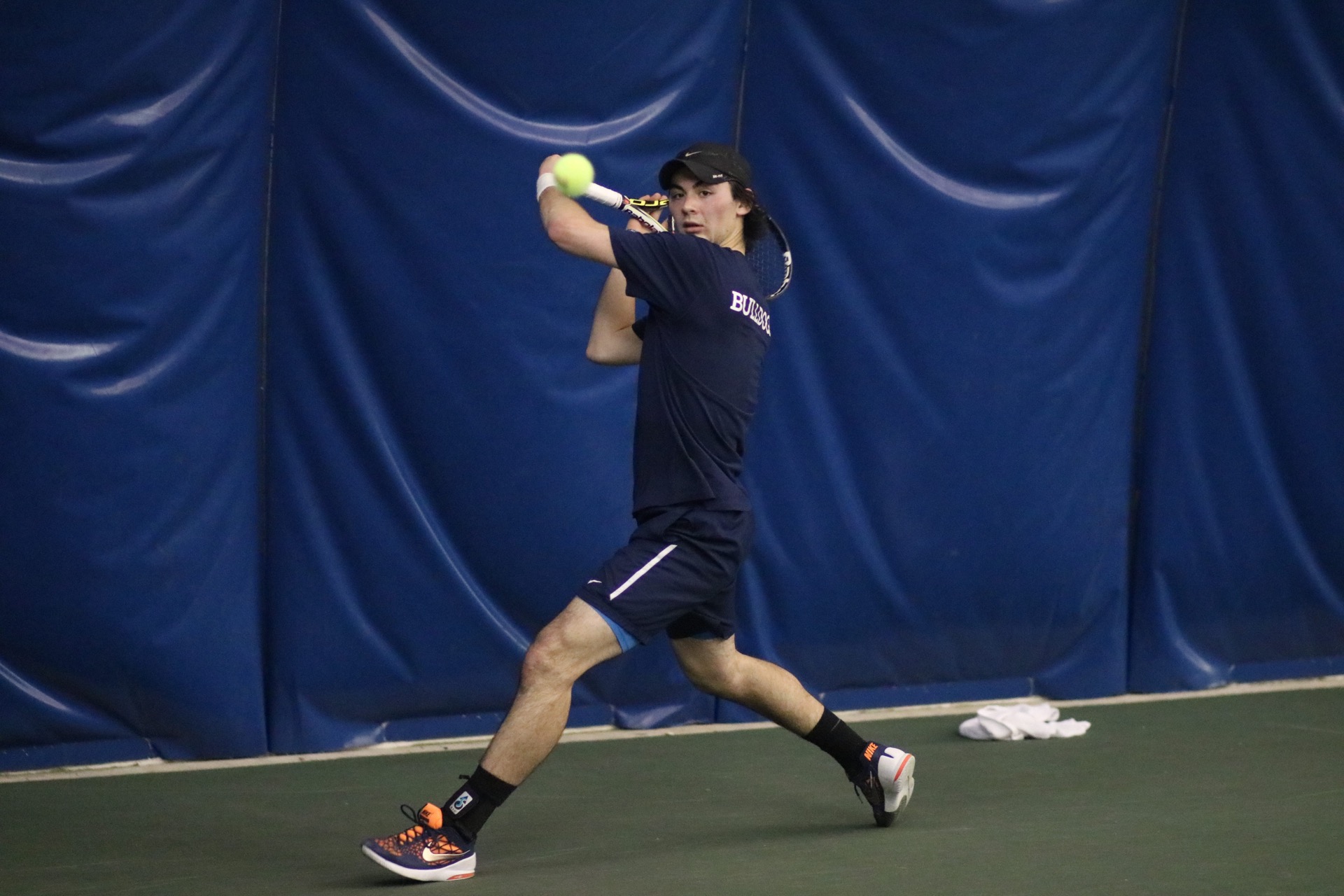 The Butler University men’s tennis team went 1-1 in nonconference action this weekend. The Bulldogs were defeated by the Cleveland State Vikings 5-2 on Feb. 26, but defeated the Toledo Rockets 5-2 on Feb. 27. Butler’s record now stands at 4-7 overall.

Junior Mikheil Khmiadashvili and freshman Mason Dragos took a 6-4 win at No. 1 doubles, but the Vikings snatched the critical point. Five of the six singles matches went to a third set. Dragos recorded Butler’s first win by defeating Joe VanMeter 4-6, 6-3, 6-3 at No. 2 singles, while junior Alex Woldmoe defeated Kevin Goth 3-6, 6-3, 6-4 at No. 4 singles.

The Bulldogs flipped the score in their favor on Saturday night. This time, Butler was able to rebound after losing the doubles point. Woldmoe and freshman Ari Gerstein picked up the lone doubles win, defeating Vince Anzalone and Serjen Olmedo 7-5.

Butler dominated from there, taking all singles points except for at No. 1. Dragos earned his second singles victory of the weekend, winning 6-2, 2-6, 6-4. Gerstein won his second match of the night 6-1, 6-4.

Dragos, the anchor of Butler’s ship, felt pleased with his team’s performance.

“We were all up and positive, even if we were losing,” he said. “We learned how to stay mentally tough if we want to win close matches that could go either way, and we got some good mojo going this weekend.”

Gerstein recognizes that in tough weekends like these, talent can only take players so far.

“You are only as good as you are willing to put into a match,” he said. “Everyone is talented out there, but the individual with the toughest mindset will end up winning the match.”

The Bulldogs will face the Ball State Cardinals on March 5 at 2 p.m. The match in Muncie will be Butler’s final bout before break.