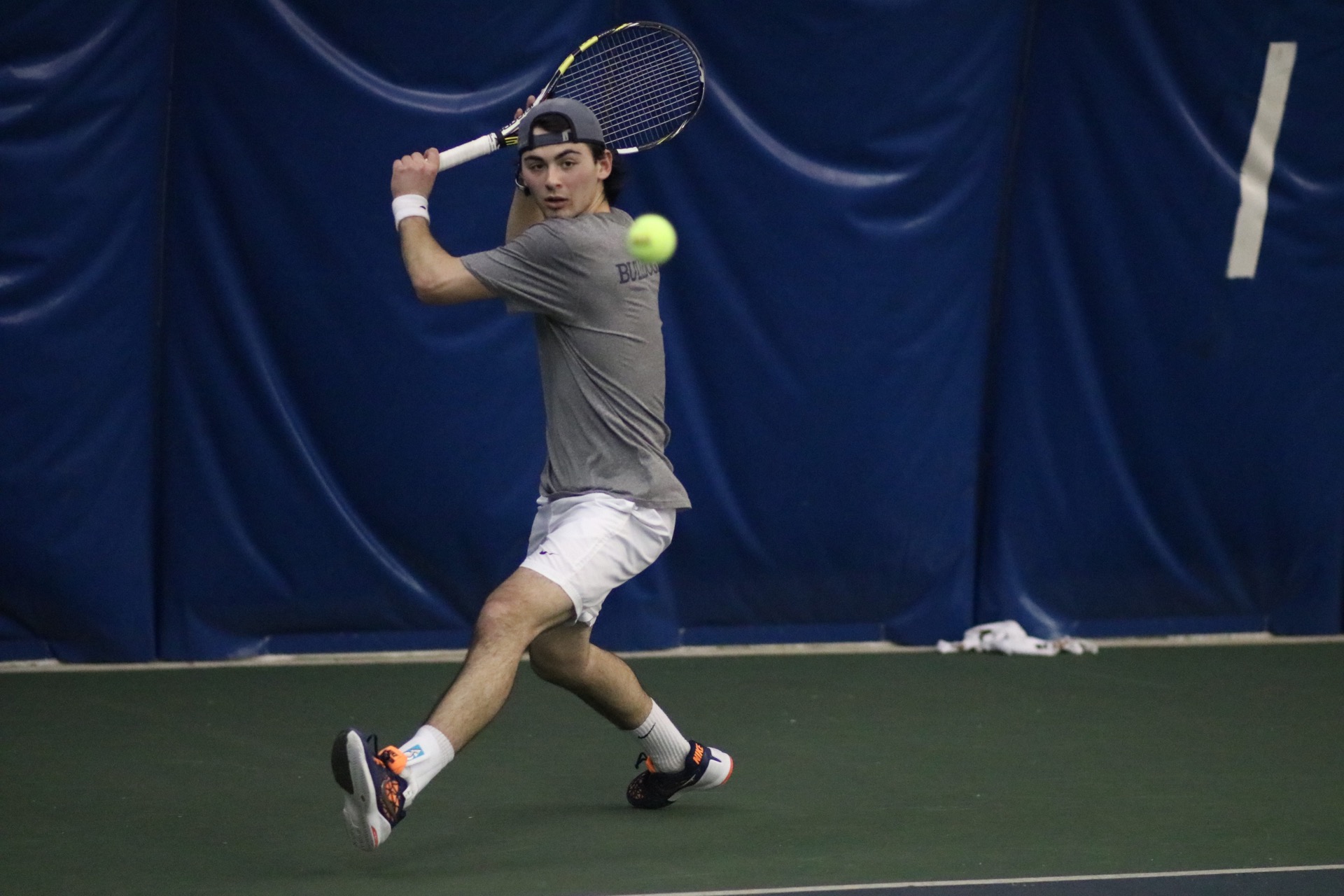 Saturday’s doubleheader at the Butler Bubble brought mixed results for the Butler University men’s tennis team. In the morning, the Bulldogs fell to the Valparaiso University Crusaders 7-0. Butler closed out the day by slamming the University of Northwestern Ohio Racers 6-1 in the nightcap.

After Jeffrey Schorsch and Charlie Emhardt of Valparaiso defeated freshman Mason Dragos and junior Mikheil Khmiadashvili 6-2 the Crusaders claimed the doubles point. Khmiadashvili was the only Bulldog to force his singles match to three sets, losing 5-7, 6-3, 3-6, while freshman Ari Gerstein forced a 4-6, 7-6 (3-7) tiebreak.

“We want to get all of those guys a lot of matches in a short amount of time just to get better,” he said. “Mentally, we just prepare for the grind of the matches. We did this to achieve a certain result; to get all of these freshmen matches and a lot of experience in short time.”

Butler enjoyed a brief four-hour reprieve between the matches. Freshman Adrian Mag used the precious time to recharge the battery.

“It was definitely a grind today, but Mason and I went back to [our room] and took a nice, long nap,” he said. “We had to rest and really take care of our bodies, because taking care of yourself is pretty big on a day like today.”

The Bulldogs then went on to take care of business at night, leaving Northwestern Ohio packing with a defeat in their bags. Dragos was the lone Bulldog to lose 6-3, 3-6, 3-6, but took solace in the fact that his teammates picked each other up.

“As a team, I think we all piggyback off one another and get loud,” he said. “Ari [Gerstein] really does it well, even if it’s a bad point, I think he will still get up for us and that’s tough for the opponent to play.”

The Bulldogs improved to 2-3 with the victory. They will take on their cross-town rival, the University of Indianapolis Greyhounds, at the Bubble on Feb. 11. Butler will then travel to the  University of Louisville for a matinee against the Cardinals on Feb. 12.