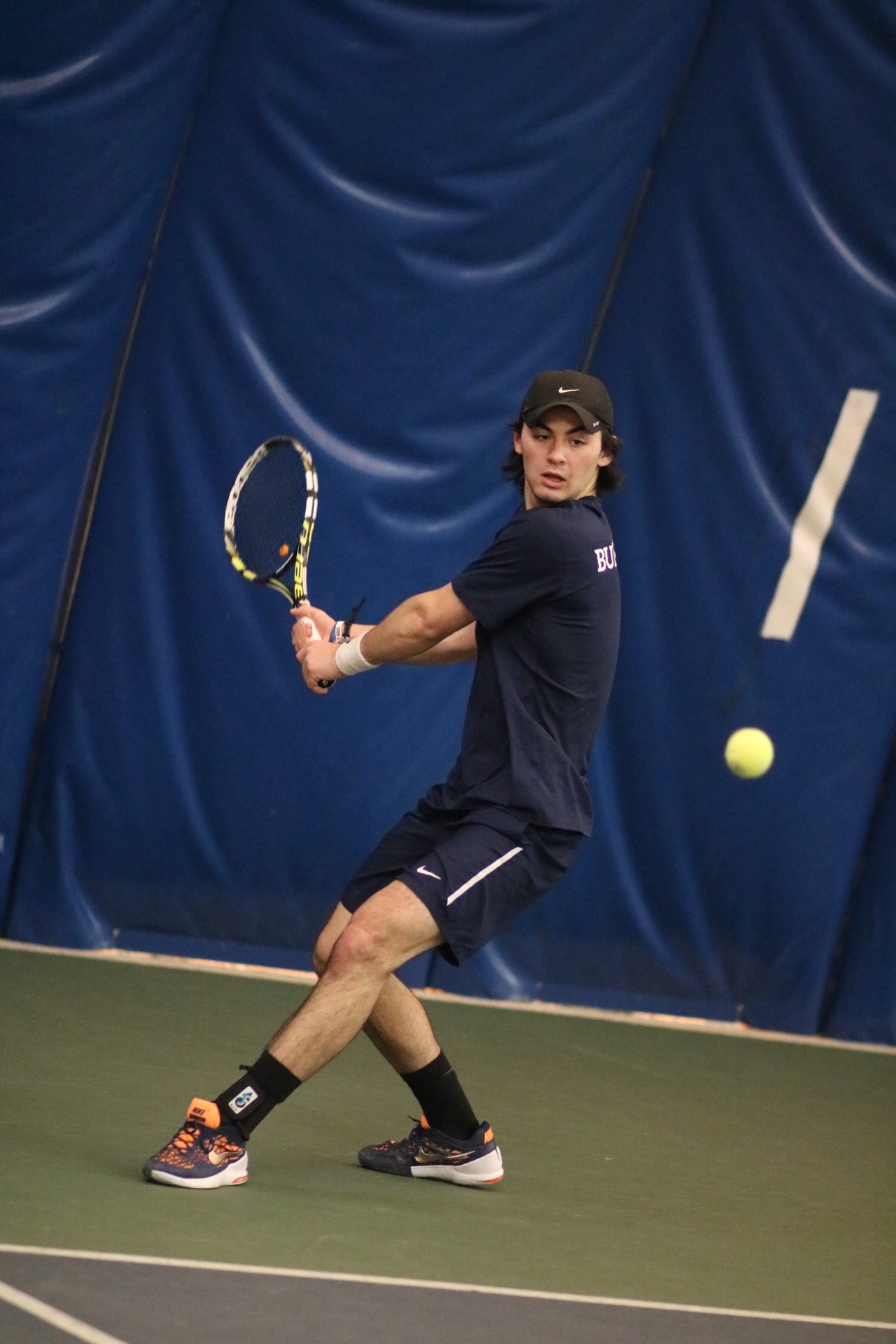 The Butler University men’s tennis team was defeated by their cross-town rival, the University of Indianapolis Greyhounds, 4-3 on Feb. 11. Butler’s record dropped to 2-5 with the defeat.

Head coach Parker Ross felt that his team lacked the spirit they needed for a victory.

“The energy that we need to even compete in the Big East was not here today,” he said. “Collectively, the team energy was really, really bad.”

Mag expects more from himself and his fellow teammates.

“As a team, we weren’t into it from the start,” he said. “When you get off to a start like that, it’s tough to pick yourself up and play like you want to play. I’m a little disappointed with how I started off, and the team came out thinking we were hotshots, and we got bit.”

Khmiadashvili’s 6-7, 6-4, 6-3 singles thriller boosted the Bulldogs. He hopes the team can fuel the sting of the loss into positive energy.

“We are learning all the time,” he said. “We have to feel this sometimes, and we have to adjust to negative energy and re-establish ourselves. We want everybody to play for each other, not just themselves, and leave it all out there on the court.”

The Bulldogs will return to action on Feb. 12 against the Louisville Cardinals in the Bluegrass state. The Bulldogs will enjoy a week off before traveling north to face the Northern Illinois Huskies on Feb. 19 at 5 p.m.