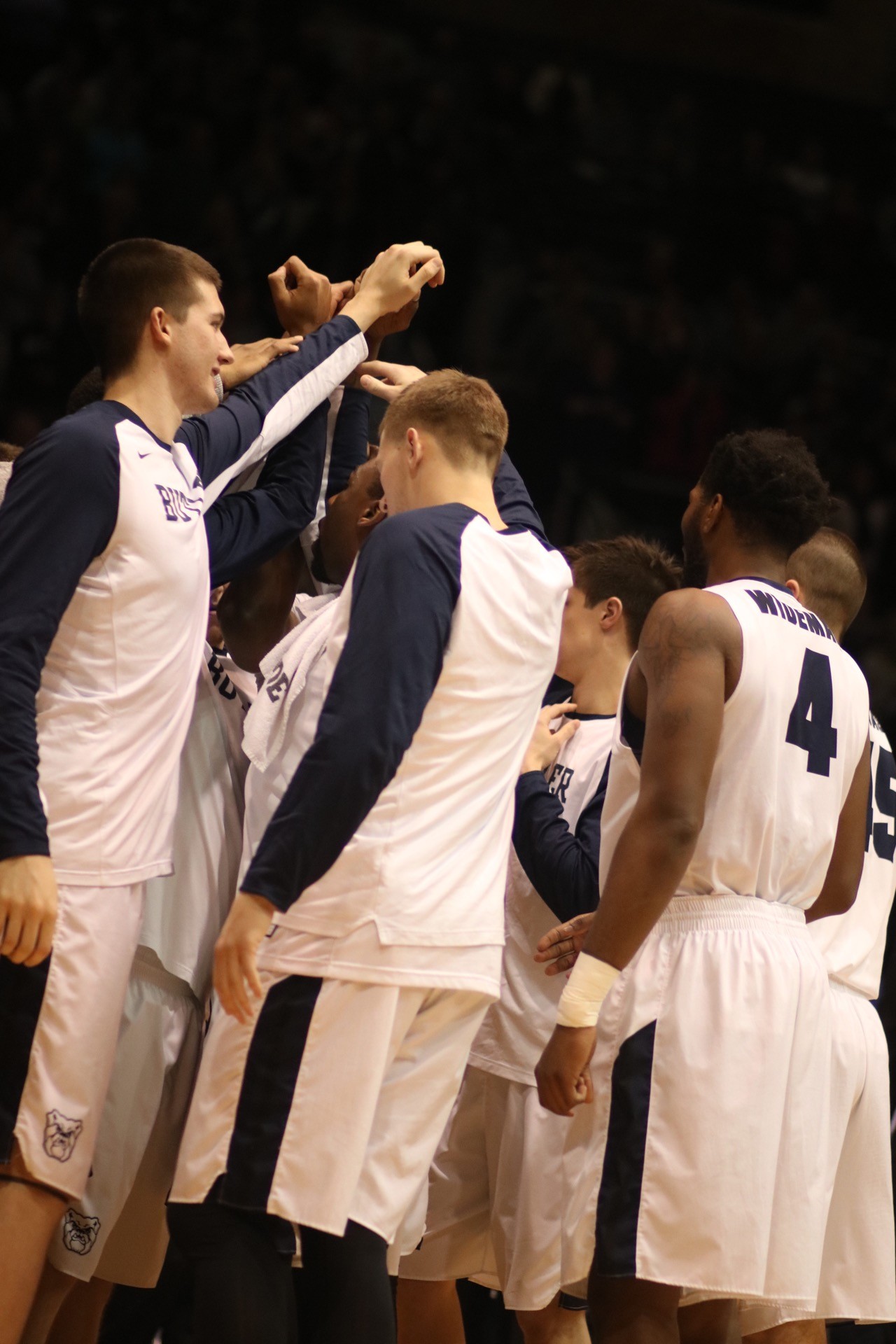 The Butler University men’s basketball team captured a much-needed Big East road win at Seton Hall University on Feb. 10 with a final score of 81-75. The Bulldogs are now 17-7 overall and 6-6 in the Big East. Seton Hall falls to 17-7 on the season and 7-5 in conference play.

A game-changing floater hit by Roosevelt Jones in the closing minutes along with two free throws from Kelan Martin in the final minute sealed the victory for the Bulldogs.

Jones, along with 10 points, also contributed greatly on the defensive side in the second half. Seton Hall’s Isaiah Whitehead made all eight of his field goal attempts in the first half, including seven 3-pointers, which skyrocketed him to 23 points. Jones held him to zero made field goals in the second half of play.

“We had to find a way to limit Whitehead in the second half, and we were able to do that fairly effectively,” head coach Chris Holtmann said. “Roosevelt was a large part of that. We’re asking him to compete at both ends, and that is what he is doing. That’s what seniors do.”

After the first half, the game was tied 38-38. In the second half, Butler would extend a lead to as many as nine, and Seton Hall would close in to as little as two in the final minutes. Jones’s shot sealed the victory just two possessions later.

Whitehead led the way for Seton Hall with 26 points and 10 assists.

The Bulldogs will be back in action on Feb. 13 when they will take on Xavier University for a sold-out Hinkle Fieldhouse crowd. Tip is scheduled for 2:30 p.m. ET and will air nationally on FOX.