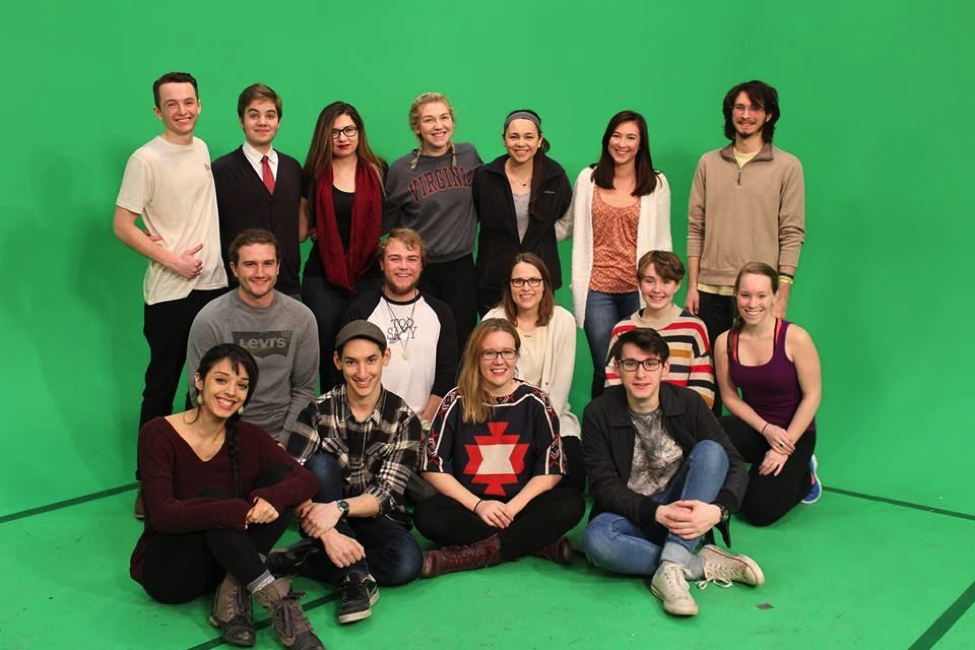 For many, becoming part of the television world is a childhood dream. Butler senior Emi Dammers has turned this dream into a reality.

The process has been anything but easy, Dammers said. She has devoted countless hours of hard work to creating her own original TV series, How to Be Human.

Dammers embarked on this project toward the end of her sophomore year, with the intention of making this her capstone. She was very interested in creating a written script TV show, something uncommon at Butler.

How to Be Human centralizes around four college-aged individuals, all of whom are arrested around the same time. Sentenced to group-mandated therapy, the four share laughter, love and the experience of learning how to be human together.

The show is almost entirely created and staffed by Butler students. Dammers notes the difficulty in scheduling work—although a magnitude of spreadsheets sure come in handy. She said working with other students is one of her favorite parts of the whole process.

“While I enjoyed writing the scripts, it was more out of necessity,” Dammers said. “Working with my staff comes out of pure enjoyment of being able to do so. It is so exciting to watch my staff breathe life into these characters I created.”

While many of the actors featured in the show are from Butler, some individuals from off-campus—including a professional actor—made an impression at the recent auditions. Dammers notes that casting is an exciting time for most everyone involved.

“To be able to send the casting emails out, and then receive emails back with people committing to these roles is one of the most exciting experiences of the process,” Dammers said. “I am completely happy and in love with the cast I get to work with.”

For Butler students not involved with the show, there are numerous ways to become involved and support How to Be Human.

Within the next few weeks, merchandise for the show will be released—including a laptop/bumper sticker that will cost less than $5.

How to Be Human is also active on social media, with perhaps the most important runner being their GoFundMe account, which is linked to their Facebook profile.

“At this point, the show is almost entirely crowd-funded, so the GoFundMe account is one of the best ways to show your support,” Dammers said.

She and her crew have come a long way with How to Be Human, and she has plans for the progress to continue in the future. She plans to host an official screening for students and professors, perhaps even booking a date in Jordan Hall.

In the long-run, Dammers would not be opposed to selling this series.

At the end of the day, Dammers hopes the show helps pave the way to a better future for both herself and her staff.

“For others involved in the show, I make one promise: a DVD copy ready to be attached to a resume,” she said. “It is not just for the actors, either. For the auditory, visual, you-name-it, it is my promise that being a part of this will help them now and in the future.”

She hopes that the underclassmen on her crew will be inspired to create another capstone like hers, giving them the ability to work with future students.

When it comes down to it, “I could not do this without my crew,” Dammers said.