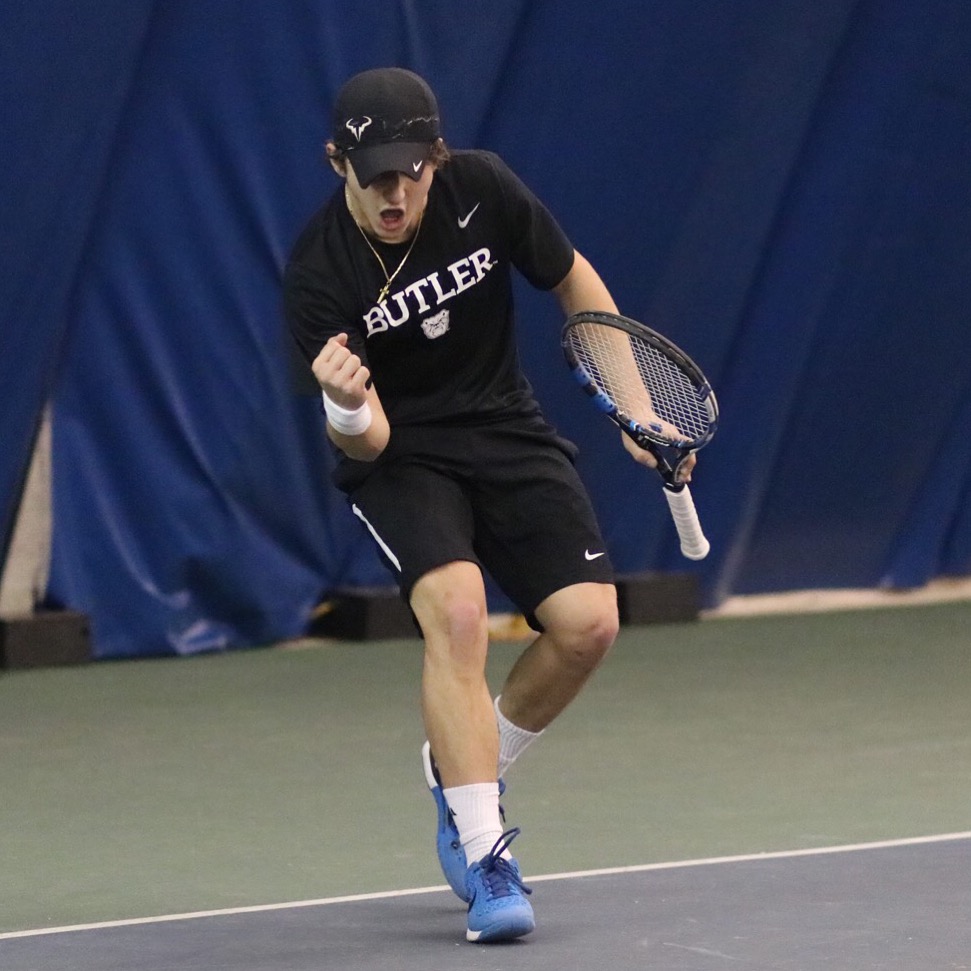 The Butler University men’s tennis team split a pair of matches against the visiting Green Bay Phoenix and the Southern Illinois University-Edwardsville Cougars over the weekend. The Phoenix swiped a 6-1 Saturday victory at the Butler Bubble, while the Bulldogs snatched a 5-2 victory in Edwardsville on Sunday.

Butler won the doubles point on Saturday for their lone mark on the scoreboard. Junior Mikheil Khmiadashivili and freshman Mason Dragos defeated Leo Gomez Islinger and Florian Kraenzler 7-6, while the freshmen duo of Spencer Lang and Adrian Mag secured a 6-4 victory over Rowan Isaaks and Miles McDowall. Green Bay went on to sweep all six of Saturday’s singles points. Freshman Temilope Adelakun did not participate in any matches over the weekend.

“You have to work with what is going well on that particular day and play to your strong points,” freshman Ari Gerstein said. “We will definitely implement what we learned in our matches during our practices this week and our matches this weekend.”

A loss in the Bubble would not deter the Bulldogs, as they hit the road with confidence. The win in Edwardsville boosted Butler’s record to 1-2. Head coach Parker Ross expressed the doubles point as a key for victory, and the Bulldogs seized it again.

Gerstein and junior Alex Woldmoe defeated Jack Desse and Nico Kuehn 6-2, while Mag and Lang picked up a 6-2 victory of their own. Dragos, Gerstein, Mag and Woldmoe clinched their respective singles points to drive the Bulldogs to victory.

“It is obviously big to get our first win of the year, and I think it will loosen it up a little bit and give us confidence for next week,” Lang said. “We are a young team, so we are learning a lot as we go.”

“We have a lot to work on, but we are using weekends like this to learn,” Woldmoe said. “That learning is good for us because we are so young.”

The Bulldogs will play three matches in a two-day stretch, starting at the University of Dayton against the Flyers at 5 p.m. on Feb. 5. The action will continue with a doubleheader on Feb. 6 against the Valparaiso University Crusaders and the Northwestern Ohio Racers at 10 a.m. and 6 p.m. respectively.