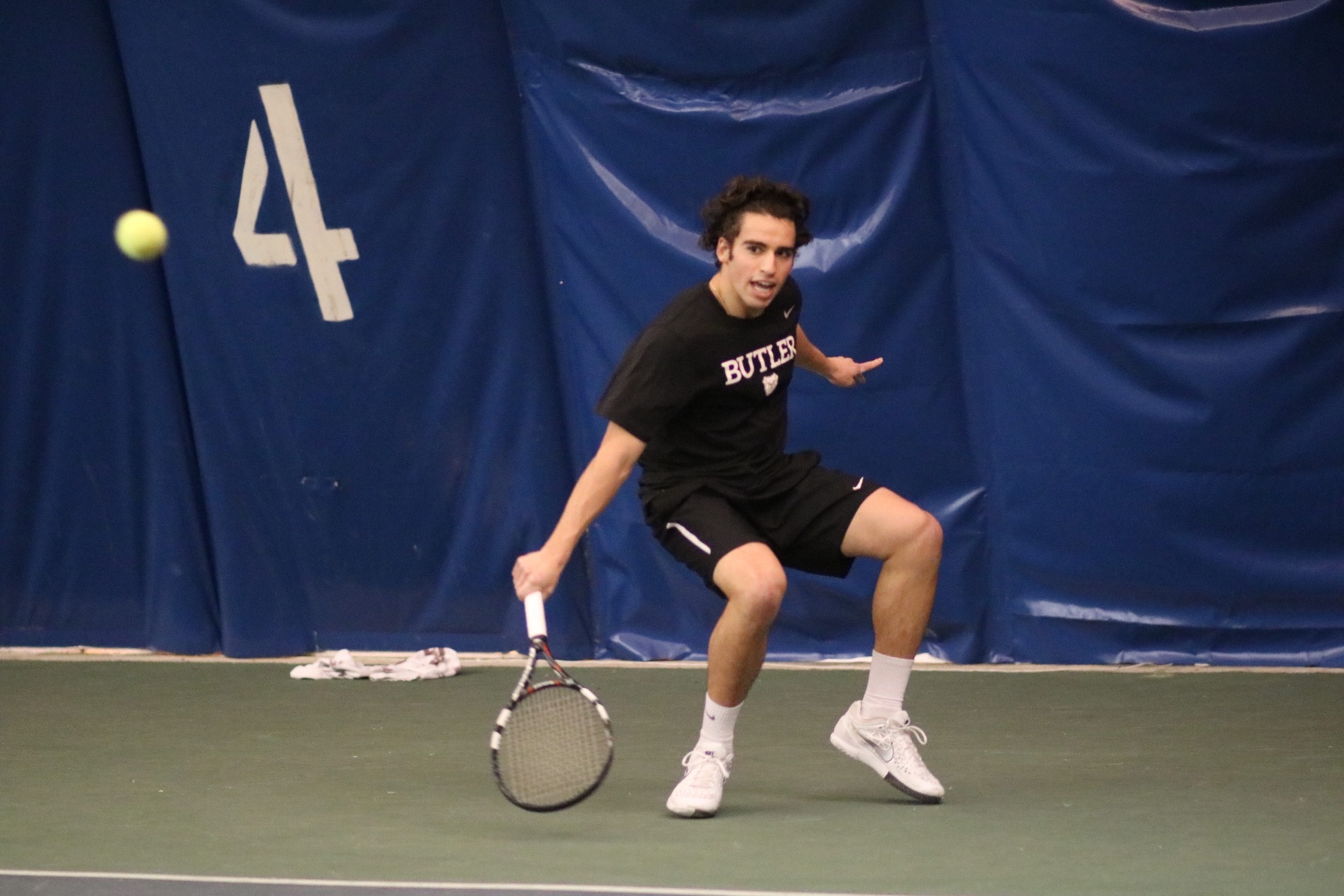 The Butler men’s tennis team fell 5-2 to the Dayton Flyers on the evening of Feb. 5. Butler fell to 1-2 with the defeat.

The match see-sawed between the rivals, but Dayton’s dominance at the doubles position boosted them to four singles’ victories. The tightly contested match left a sour taste in the Bulldogs’ mouths.

“It was definitely a disappointing loss,” junior Alex Woldmoe said. “They came up with the goods on what seemed like every big point, so I think it just comes down to winning those because they really do change the entire outcome of the match.”

Freshmen Adrian Mag and Spencer Lang captured Butler’s two victories. Mag defeated Lorenzo Rollhauser 6-4, 6-2, while Lang won a decisive tie-break to topple Zachary Berry 6-7, 7-5, 11-9. Freshman Temilope Adelakun did not participate in any matches for the second week in a row.

Lang was pleased with his personal effort but accepted that the Bulldogs need to seize their opportunities.

“I liked my fight, grind and consistency,” he said. “As a team, we had a lot of chances, but we just need to learn how to capitalize on them.”

Woldmoe took solace in returning home for a weekend series.

“It will definitely be more comfortable at home,” he said. “It comes down to the conditions of the Bubble. We play on those courts every day, so we are all really comfortable there. Having our fans out there helps us rally back when we are down and keeps us moving forward when we have momentum.”

Lang seeks to build off of his personal victory while assisting the team work out the kinks.

“We can do better on big points, and we can come out with a lot of energy, especially for doubles,” he said. “Each match is a learning opportunity, so we will be ready to get two wins tomorrow.”

The Bulldogs will take on the Valparaiso Crusaders and the Northwestern Ohio Racers as part of a doubleheader tomorrow. The matches will begin at 10 a.m. and 6 p.m., respectively.