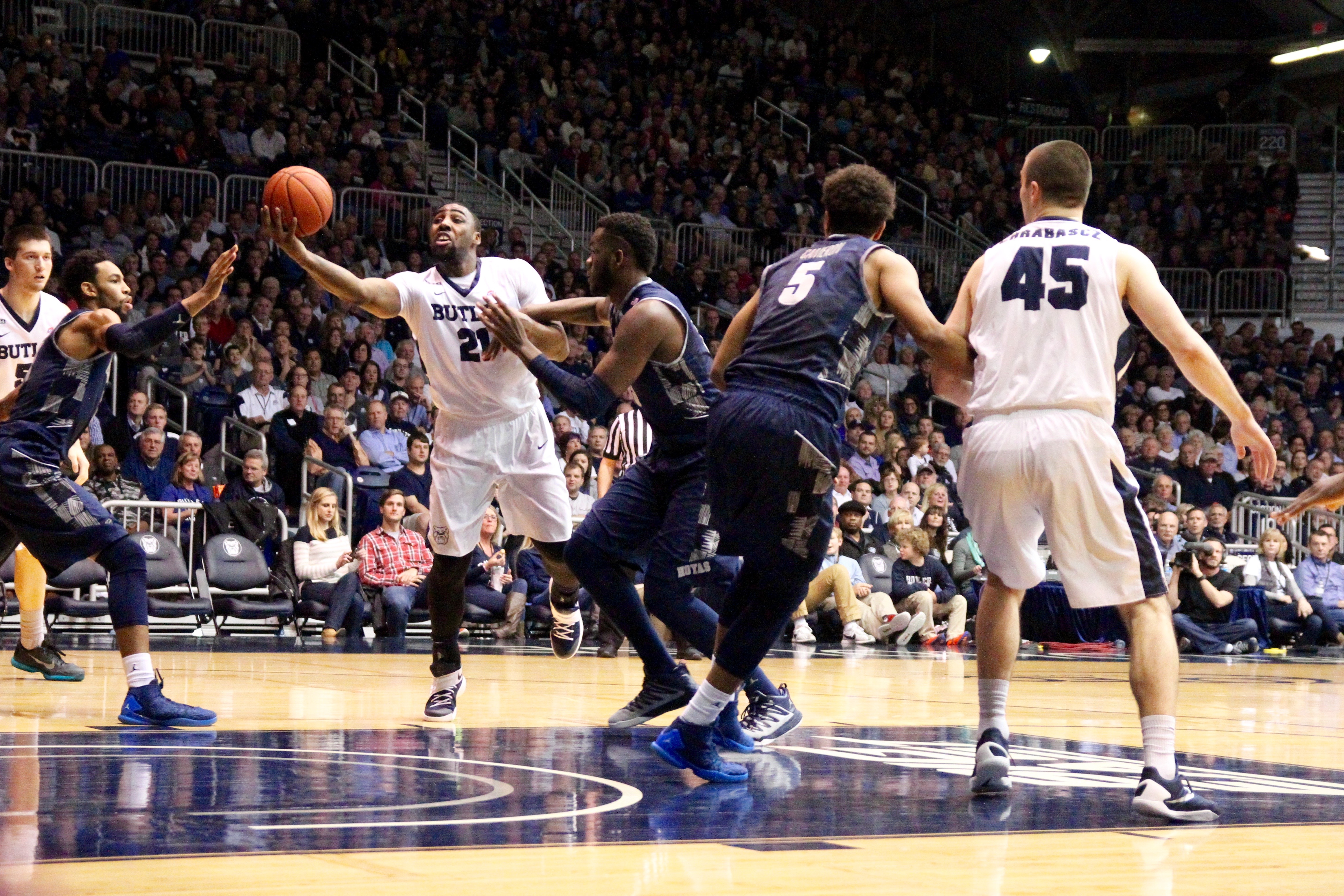 The Butler men’s basketball team defeated Georgetown University on Feb. 2 with a final score of 87-76. With the win, the Bulldogs improve to 15-7 overall and 4-6 in Big East play. Georgetown falls to 13-10 on the season and 6-4 in conference play.

The Bulldogs had something else they were playing for last night. Head coach Chris Holtmann announced yesterday at the post-game press conference that the team was mourning the loss of  Butler assistant coach Emerson Kampen and his wife Kylie’s 6-month-old son.

Kelan Martin led the way for the Bulldogs with a career-high 35 points along with eight rebounds. This surpasses Martin’s previous career-high which he had set just the game before against Marquette with 27 points. Roosevelt Jones also added 19 points, six rebounds and five assists. Kellen Dunham also contributed 18 points, two of which were included on SportsCenter’s Top 10 plays.

“For us to play with the competitiveness and edge that we played with tonight, I give so much credit to our guys,” Holtmann said.

After, Kampen was Skyped in to the halftime talk, Butler came into the second half with everything they had, pushing the lead to 16 after the first five minutes. The Bulldogs would make 20 of 26 free throw attempts in the second half to seal the victory.

Georgetown was led by L.J. Peak with 22 points off the bench. Indianapolis native D’Vauntes Smith-Rivera also had 21 points and seven assists.

The Bulldogs will be back in action on Feb. 6 when they travel to St. John’s University. Tip is scheduled for 4:30 p.m. and will air on Fox Sports Network.