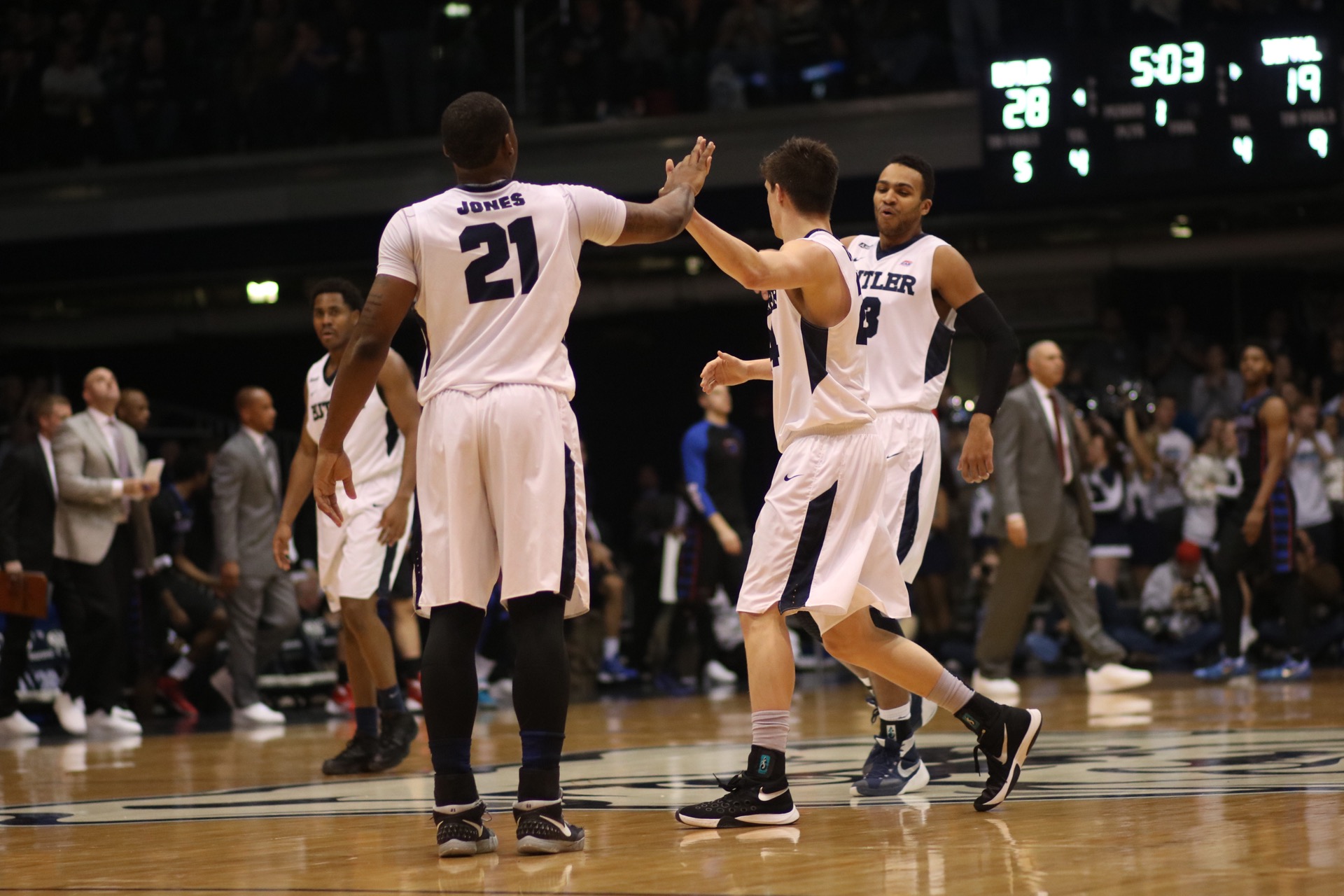 Roosevelt Jones led the way for the Bulldogs with a triple-double, posting 10 points, a career-high 14 rebounds and 10 assists. It was the first triple-double by a Butler men’s player since 1984.

“Rose’s impact is on both ends of the court,” head coach Chris Holtmann told ButlerSports.com. “That’s a really rare accomplishment. We’ll go as far as our seniors take us. It’s their job to lead in practice and in games this time of year. They did that today.”

Kelan Martin also had a big day with 18 points and five rebounds. For the first time in the past two games, the bench also presented strongly with Jordan Gathers adding a career-high 16 points and Jackson Davis contributing eight rebounds. Tyler Lewis also added seven points, five assists and four steals in his first game back after being out the last four with a concussion.

The second half was more of the same for Butler, scoring nine of the first 12 points to seal the victory very early in the second half. Butler made a season-high 12 3-pointers for the game to go along with 48 percent shooting from the field.

The Bulldogs will be back in action on Feb. 10 when they travel to Seton Hall University. Tip is scheduled for 6:30 p.m. ET and will air on Fox Sports 1.