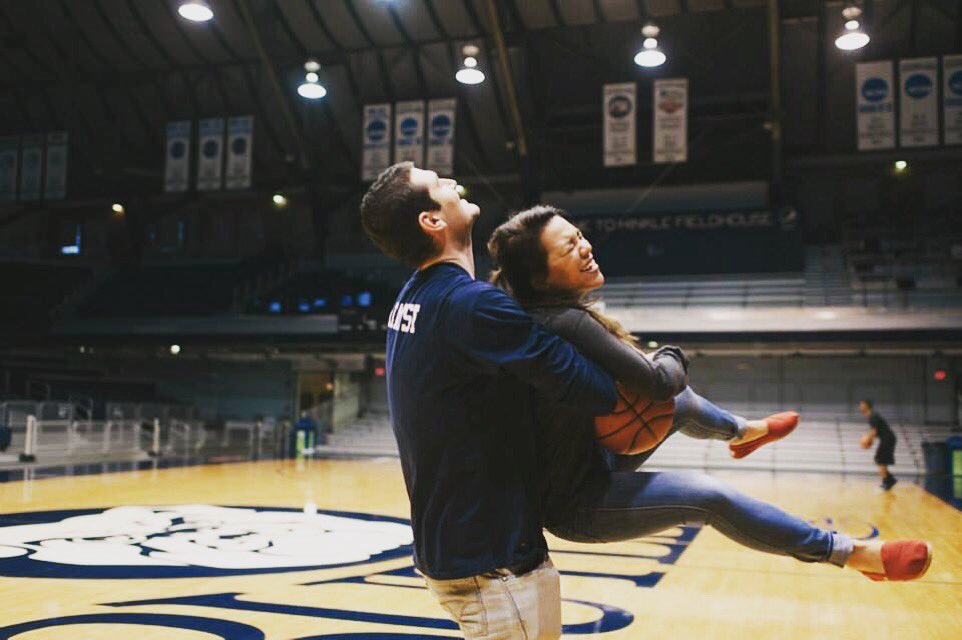 “It is hard to describe how good of a person Drew was,” Andrew Smith’s friend and former teammate Alex Barlow said. “Words would not do him justice because he was as great as they come.”

Andrew Smith died on  Jan. 12 in the arms of his wife Samantha. There are few things that have not been said about Andrew Smith over the past two weeks. Nearly all of his old teammates and coaches praised his unique characteristics as well as his basketball abilities.

At a loss for words.. RIP Big Drew #Moose

“Drew was always more to himself,” Barlow said. “Despite that he was very thoughtful, selfless and was always thinking about others. He rarely ever put himself first.”

Barlow, who played with Smith for two seasons (2011-13), also mentioned Smith provided help in the classroom.

“Drew was even there for me in my four years in the college of business,” Barlow said. “I talked to him a lot about what professors he likes, what classes he got the most out of, and I would always try and take those classes because I respected and valued his opinion.”

“The combination of his hard work and his genuine personality on and off the court was what made him a fan favorite and what made it easy to love him,” Barlow said.

Dr. Richard McGowan, who teaches Ethics in the College of Business at Butler, had the opportunity to teach Andrew in the classroom.

“I don’t think I ever saw [Andrew] angry or upset in any class,” McGowan said. “He was always smiling and showing off his upbeat and fun sense of humor.”

McGowan used Smith’s Real Business Experience project as an example of his fun-loving personality. RBE is a class in the business school that requires students to invent, market and sell an original product or service. Andrew’s group showed up with light-up sunglasses that he claimed sold out. This, McGowan said, was a testament to his sense of humor.

“He was a fun person to be around,” McGowan said. “As a student he was everything you could ask for, diligent, conscientious, and intelligent. It was his sense of humor that set him apart from the rest. You see a 6’11 guy, and you think he’s a stern, intense person. But Andrew was gentle, relaxed and laid back. He was relaxed, and anything but intense in the classroom.”

There is no denying the impact Smith had on the Butler basketball program. In his four year tenure, the team made two National Championship games, moved from the relatively unknown Horizon League to the Big East and was one of only three Bulldogs in history to win 100 games while scoring 1,000 points.

“Drew did a lot more for Butler basketball than Butler basketball did for him,” Barlow said. “He helped the program soar to new heights, and he brought the community together to join him in this fight. He taught us all how to truly fight, what it means to live every day to the fullest and most of all, he showed us the true definition of the Butler Way.”

My favorite picture as a DAWG! Lets all lift Drew up today like he did to me after this great win #andrewsmithstrong pic.twitter.com/CVyhV840Iy

Andrew Smith will always be remembered for the strength he showed in his two year fight with cancer. He never gave up, always stayed positive and never stopped battling back. Butler has already set up an Andrew Smith scholarship as the first tribute to this truly beloved Bulldog, which will help fund future Butler basketball players’ careers.

“There was not an ounce of guile in Andrew Smith,” McGowan said. “He trusted others and shared himself with the people of Butler. This showed the optimism he possessed that helped him fight so hard.”

Smith’s valiant fight is an inspiration to us all, and his memory will be honored by the growing Butler community and throughout the historic Hinkle Fieldhouse. R.I.P., Andrew. You will be missed.