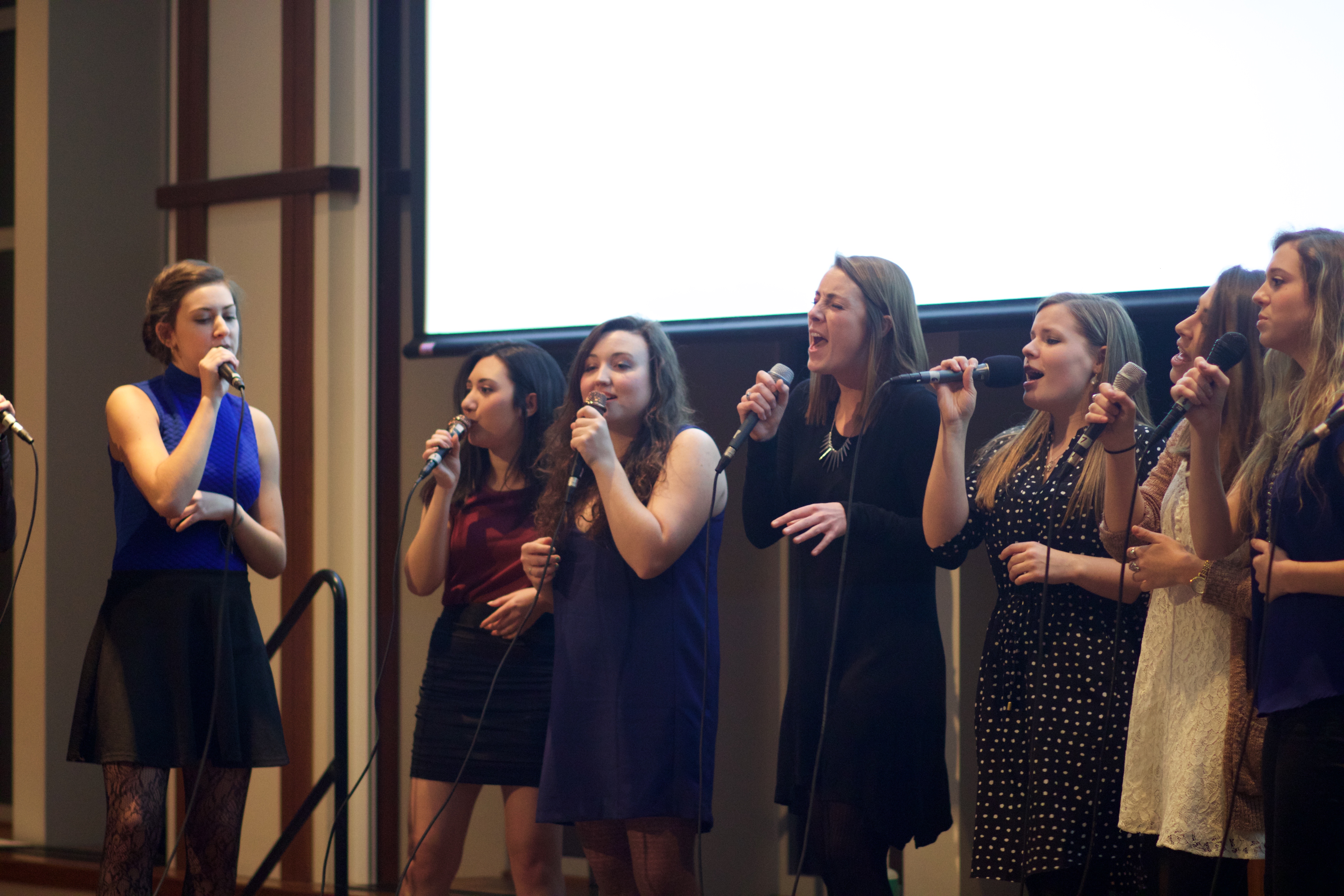 Butler’s a cappella groups, Freshly Brewed and Out of the Dawg House, performed a concert on Thursday, February 18, to support the humanitarian organization Unicef.

Unicef operates in over 190 countries and territories to provide assistance to children who lack basic necessities, such as water and food.

The proceeds from the Butler a cappella concert went to help Unicef provide relief to civilians caught in the cross-fire of the battles between the Central African Republic and the rebel groups.

Although audience members were gathered to support a very serious cause, they still had fun listening to great a cappella tunes.

Freshly Brewed started the show with a medley of new and old songs. A rendition of Hozier’s song “Take to Me to Church” left several audience members saying, “wow.”

Freshly Brewed performs as a group.

Freshly Brewed’s musical director, Alise Lofgren, spoke about the group’s excitement for the cause and the concert itself.

“I’m excited because of the idea that music is universal and brings everybody together,” Lofgren said.

Out of the Dawg House was second to take the stage. They began with the song “Bills, Bills, Bills” by Destiny’s Child, which ended with the whole audience bobbing their heads to the music.

Lucas Morgan, member of Out of the Dawg House and part of the Unicef executive team, helped put the concert together.

“It’s something new,” Morgan said. “This is our first fundraiser, and I’m really excited about it.”

To end the show, both a cappella groups performed two new songs together for the crowd to enjoy.

“This is the first time that we’ve collaborated with Out of the Dawg House, so it’s a big moment for us,” Lofgren said.

“I thought the concert was really well done,” Robbins said. “The singing was really entertaining, and it was informative and convincing without being too heavy.”