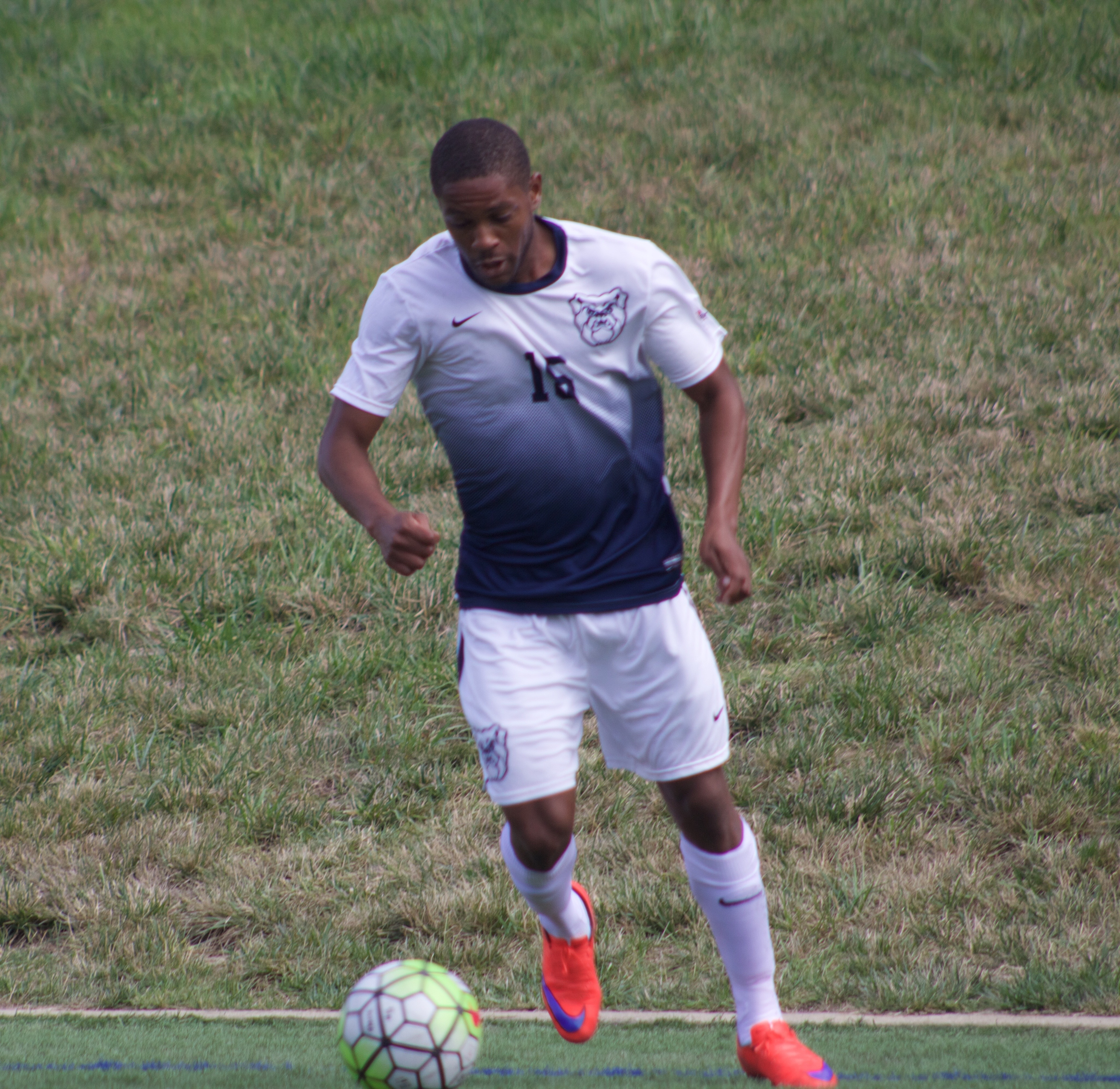 Butler University men’s soccer player Vincent Mitchell didn’t know how to react. A single phone call from the Chicago Fire, and he was a step closer to achieving his lifelong dream of playing soccer at the highest level.

“I was actually in my room,” Mitchell said. “When I first found out, I shouted out. I screamed out–like I didn’t know. My mom actually cried when she heard the news. That was heartwarming to me. My family back home is really proud. My dad and everyone are all excited and stuff to see what happens.”

Drafted in the fourth round and No. 62 overall, the senior midfielder is among an exclusive company of players drafted by Major League Soccer. There are 5,192 seniors that play men’s collegiate-level soccer according to the NCAA. Only 1.9 percent will make the jump from the NCAA to playing professionally.

Mitchell has long pursued being part of that 1.9 percent. Nearly 2,000 miles from home, the Jamaican native spent a year at Concordia College in Alabama and was a United States Collegiate Athletic Association (USCAA) First Team All-American before transferring to Butler for the 2013 season.

“For me, Butler is one of the top programs,” Mitchell said. “I say that because I’ve played with guys from the top programs in the country. The coaches are always putting a lot of emphasis on winning and hard work, which is always good and always improving our weaknesses.”

Head coach Paul Snape made note of Mitchell’s growth on and off the field over the past three years. There was a visible transition period in his first year as the midfielder was adapting to the dramatic increase in volume and intensity.

Still, the Jamaican native showed promise. In his Butler debut, Mitchell subbed in against Louisville, and “brought a spark of energy I’ll never forget,” Snape said.

Mitchell concluded his first season with five goals and four assists–good enough for third on the team and a foreshadowing of his final season at Butler. This past season, Mitchell led the team in goals for a majority of the season, and totaled 11 goals and four assists. He was second in the Big East Conference averaging 1.75 points per game, and a member of the All-Big East First Team.

Off the field, there was a tangible transformation in the senior’s maturity, focus, discipline, and lifestyle, according to Snape. Mitchell was a frequent visitor in the coach’s office, where the two worked on ways to improve.

“That’s why I coach…it’s about helping and inspiring people to do better,” Snape said. “I love that he gets the opportunity. We always talk about how the team is most important. Vinny helped the team get better this year. We’re establishing ourselves as a top national program, and Vinny has helped us.”

Four of Mitchell’s goals this year were game winners, contributing to the Bulldog’s longest winning streak to start a season since 2010.

Snape called the team an “instrumental part of Vinny’s development” and believed that without the team, Mitchell would not be where he is today. The senior described his team as a “brotherhood,” playing together, living together and sticking together no matter what.

The feeling is mutual among team members. Junior forward David Goldsmith roomed with Mitchell his freshman year, and said the pair bonded over being international students and being thrown into American culture the first few weeks into the fall soccer season.

“All the players are very happy for him, wished him congrats and wished him the best for the upcoming weeks. I’m sure he’s going to represent our team very well,” Goldsmith said.

Mitchell has mixed feelings about leaving the people who have made Butler home.

“It’s sweet because I’m going to achieve my goals and do something I’ve always wanted,” Mitchell said. “Bitter because I’m leaving a great group of guys, but I gotta go do what I want to do.”

Goldsmith said Mitchell’s skills will be missed next year but will bring value to any team Mitchell is a part of.

“We’ll miss his goals–that’s for sure,” Goldsmith said. “Just his attacking presence. His speed, his skills, his creativity, assisting plays… he’s a big part of our team. We’re sad that we’re losing him, but it’s a great experience for him.”

“It feels good to know that I’m 90 percent accomplishing my goals that I’ve set.” Mitchell said. “That’s a good feeling.”

The remaining ten percent? There are still areas to improve, but his coach has faith in the midfielder’s will and character–the same traits Mitchell has displayed for the past three years. Once he gets “in the zone,” Snape compared Mitchell to “dynamite.”

“He hasn’t hit the real golden chest and all the treasures,” Snape said. “He’s still got a lot of work to do, but he’s focused and he shows that desire. We just want to make sure he’s got an opportunity to showcase himself at the highest level.”

Mitchell faces weeks of training in Chicago but has already laid out goals.

“I’ll try to get a roster spot because you have to try and make the team,” Mitchell said. “After, I’ll just try my best to do what the coaches want me to do. I know what I can do, so I’m not worried production-wise. I’m worried about what I can do on and off the field to be a better person and be a better player. I’m always looking to improve.”