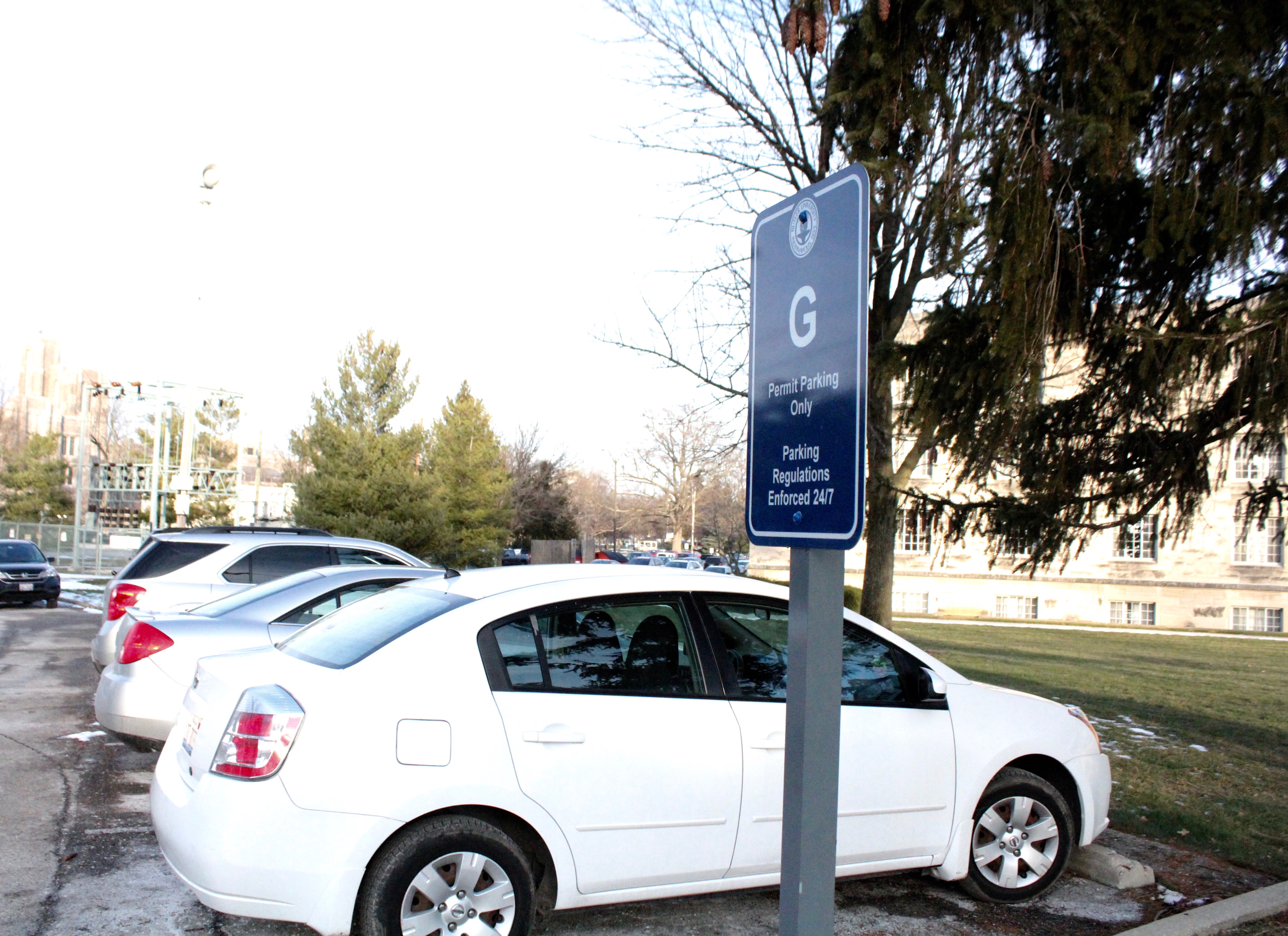 Students, faculty and staff received a shock before the spring semester started. They received an email detailing changes in parking outside Fairbanks. As the semester progresses, the impact of those changes is being felt.

“Over the course of the first semester, we noticed a loss of space for students,” Conley said.

He said projects like BlueIndy have caused students to lose parking and lead them to park in illegal residential spots, which raises concerns about safety and angers community members.

“The whole objective here is for the safety of the students,” Conley said. “That is my first priority as assistant police chief here. I feel it would be irresponsible of me if there was a way I could do that and I didn’t.”

“The decision was talked about because parents were concerned about the safety of their students perhaps having to walk after dark to their residence, and also because they felt like some of the student parking places had been taken away, and they sell so many stickers,” said Beatrice McGlynn, administrative secretary of the College of Communication and member of the parking committee. “People want to have the number of spaces for the number of stickers that they sell.”

Some professors had negative responses to the change in parking. Many professors who work mainly in Fairbanks or Jordan Hall park in that parking lot because it is much closer than the parking garage.

Christine Taylor, associate professor of creative media and entertainment, said she usually arrives early enough to get a good parking spot. However, she struggled to find a close place to park after getting back to Butler from an appointment during the day.

“Yesterday I had an appointment off campus at nine o’clock and by the time I got here at 10, there was no parking anywhere except the parking garage,” Taylor said. “I kind of drove around a little bit just to make sure. I went over to the garage, and I parked there.”

“I can’t guarantee that I will get a spot over here so I’d come over and drive around, then go over there,” Maurer said. “I quit coming over here and moved over there.”

Maurer said the change is only a small inconvenience. He said he thinks the parking garage helps the parking situation significantly.

One of the biggest problems with the change is the amount of empty parking spots in the lot. Usually there are only a few cars parked in that section, especially B parking. Many professors said they would not mind the change as much if the spots were being used by students.

“I understand that they converted to A/B to B and G for students,” said Suzanne Reading, associate dean of the college of communication. “I think the problem with that is students don’t use it, so it sits empty, and that seems like a waste of resource to me.”

“That’s a little frustrating when you would like to park near the building where you work. I don’t mind walking and I can walk, that’s fine. It’s a time issue for me.”

John Conley said if those spots continue to sit empty they may be changed to A/B/G, which means people with any of those three stickers can park there.

“If it doesn’t work out and students don’t use it, I’m not going to force faculty and staff to park further away if no one’s going to use those spots,” he said.