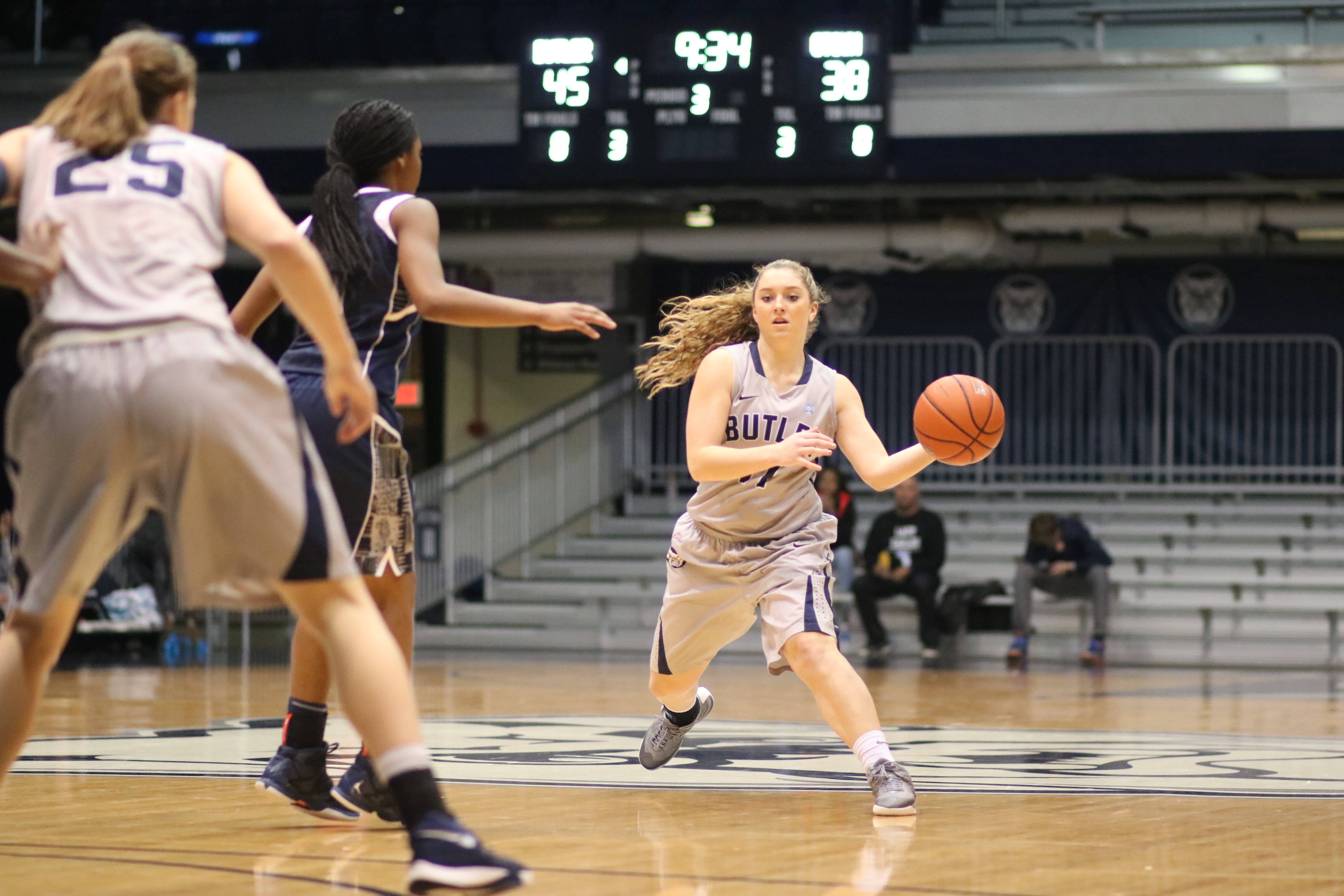 Butler improved to 6-7 (1-1 Big East) on the season while Georgetown fell to 7-5 (0-2 Big East). Head Coach Kurt Godlevske said he was pleased with his team’s offensive outburst.

“We just wanted to get a lot of movement with the basketball and hopefully get Georgetown moving,” he said. “We wanted them to decide how they were going to guard our screen actions, and thankfully, we got some good looks with Belle on the inside in the first half, which opened up things for our shooters.”

Belle Obert scored a team-high 19 points and added 7 rebounds in Butler’s 82-76 win over Georgetown on Thursday. (Photo by Jimmy Lafakis)

That first half proved to be a decisive factor in the victory. The Bulldogs posted a staggering 45 points in the first two quarters, matching their final score from the Dec. 29 loss against the Villanova Wildcats.

“Our shooters and our guards were much more active tonight, which I was happy to see,” Godlevske said. “We did a nice job of taking care of the basketball. We wanted to push the ball early and we made some mistakes, but those [mistakes] will happen with a young team.”

“The kids did a great job of executing their stuff and setting up what we were trying to get,” Godlevske said. “We had a great practice before coming into this game, and I told the kids that we are capable of playing this way night in and night out.”

The Bulldogs were happy to end 2015 with a win, especially after having dropped their prior two games coming into the contest.

“That was a great game and a great win,” redshirt freshman Nicole Orr, who scored seven points, said. “We really needed it.”

Butler will be back in historic Hinkle Fieldhouse on Tuesday, Jan. 5, when they host Xavier. The Musketeers have won their last six games and are 11-2 (2-0 Big East) on the young season.

“Xavier is extremely talented, and I’m not so sure that they are not the best or second-best team in our league,” Godlevske said. “They have a lot of depth and a variety of ways that they can score, and it should be an interesting matchup with our posts against their posts.”