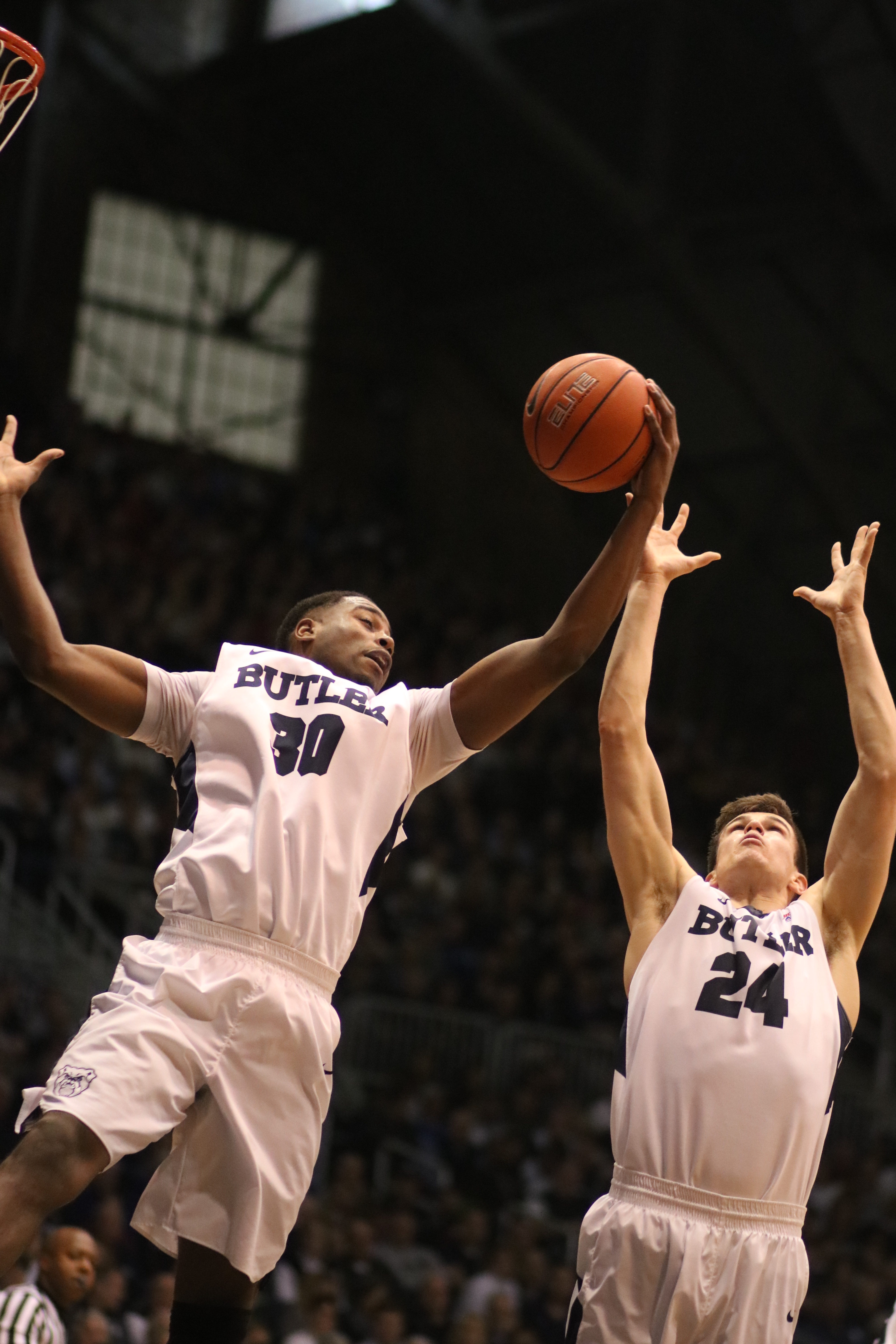 The Butler men’s basketball team fought hard on Jan. 19 but could not pull off a win at Providence College with a final score of 71-68.

Senior forward Kellen Dunham led the way for the Bulldogs with 21 points, including six 3-pointers. He also chipped in four rebounds and three assists for the team. Senior guard Roosevelt Jones also had a strong presence on the court with 16 points, four rebounds, and five assists. Sophomore forward Kelan Martin posted his second consecutive double-double as well with 15 points and 11 rebounds.

Butler took the 66-65 lead with 3:11 left in the game but could only score one more basket the remainder of play. Providence’s Kris Dunn banked a 3-pointer home with 1:04 left on the clock to ultimately seal the victory for the Friars.

“We had a chance against a really good team tonight,” Butler head coach Chris Holtmann told ButlerSports.com. “We just couldn’t make enough plays to get this one on the road.”

Ben Bentil led the way for the Friars with 20 points and 7 rebounds. Dunn had an unusually off night, posting only nine points and five rebounds.

KD getting hot on one end, Bentil throwing it down on the other. Catch @PCFriarsmbb vs. @ButlerMBB on @FS1 now. https://t.co/LGN8OlxJHn

The Bulldogs will return to action on Jan. 23 in Omaha where they will take on Creighton University. Tip is scheduled for 7:30 p.m. ET on Fox Sports 1.