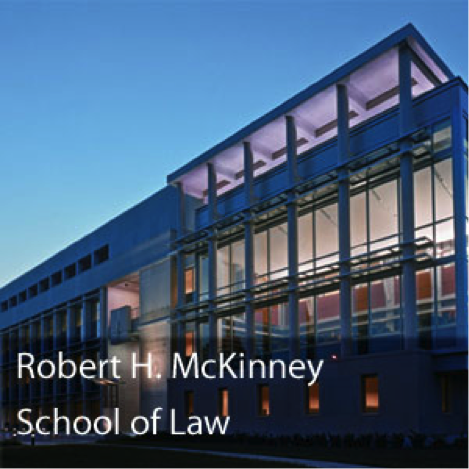 Butler University announced a scholarship will be created with Indiana University’s Robert H. McKinney School of Law known as the Butler Law Scholar.

The first Butler Law Scholar award recipient will be announced in time for the fall 2016 semester. Eligible students for this scholarship include graduating Butler University seniors and Butler alumni who took one to two gap years between Butler graduation and applying to law school.

This scholarship allows Butler University to nominate one student each year to the McKinney School of Law. The student will receive, at minimum, a half-tuition scholarship. After the Butler Law Scholar completes 31 hours of coursework at the law school, he or she will be guaranteed an experiential learning opportunity, either in the form of an externship or as a paid research assistant.

The Robert H. McKinney School of Law was founded first as the Indiana Law School more than 100 years ago, and became a part of the newly forged University of Indianapolis.

In 1936, the law school merged with the Benjamin Harrison Law School. Later, in 1944, the school became connected with Indiana University, receiving the new name “the Indianapolis Division of the IU School of Law.”

Among the school’s many accolades and recognitions, is the U.S. News and World Report rankings of various programs at the McKinney School of Law. It named the Health Care Law program 11th, the Legal Writing program at 19th and the part-time law program at 26th.

Rusty Jones, faculty director of the Center for High Achievement and Scholarly Engagement office, was the main communicator on Butler’s end of the collaboration. Jones said that IUPUI reached out to create the scholarship, and Butler was more than excited to help create this opportunity for Butler students and alumni.

“They have a similar type of partnership with other private universities,” Jones said. “And Butler seemed to be a perfect fit given that we are right here in Indianapolis.”

Another factor Jones included that encouraged IU to initiate this partnership is there are five to 10 Butler students or graduates applying to the IU McKinney School of Law each year.

Jones will also be involved with the application process. The applications will come in to him, and then he and Jim McKneight, instructor in the College of Business and pre-law advisor at Butler University, will be vetting the applications.

“It isn’t mine and Jim’s job to pick the winning student, but we are going to make our recommendation or recommendations to McKinney who will then make the final decision themselves” Jones said.

Jones said he received emails from Butler alumni who are interested in taking advantage of the opportunity and has even received a completed application.

“It is still a bit early. I expect a big rush of applications to come in the last 24 hours because people like to work to a deadline” Jones said.

McKneight is a graduate of the IU McKinney School of Law and says that now is a great time to be applying to law school.

“It’s a buyer’s market right now; law schools are giving out great scholarships right now and have been for the last two years,” McKneight said.

McKneight also commented on his experience at the IU McKinney School of Law.

“It is a professional school. I practically lived there when I was a student, being there from 8 a.m. to 4 p.m. everyday and then going home to study. It is nothing like undergrad” McKneight said.

“I received a fantastic education that has served me very well. It was rigorous, and I felt like I was challenged. I also felt very well-prepared to enter practice upon graduating” Buttrick said.

Buttrick was also very appreciative of the location of the law school.

“You are close to all of the big Indiana law firms, and they’re all downtown. I was able to get a clerkship during the school year with a law firm, and that worked out great for me. I ultimately ended up building my practice there” Buttrick said.

McKneight gave advice on the application process and what law schools look for as well. He said good grades, leadership experience and service history are three things that would be on a perfect application.

“Law schools are looking to admit future leaders, so that is important. Also, service because the law is a service-oriented profession,” McKneight said.

Buttrick also had advice for anyone thinking about applying to law school.

“Make sure that you’ve talked to people that have gone to law school and to practicing lawyers,” she said. “Make sure that this is something you really want to do. Don’t apply just because you aren’t sure what to do with yourself. It is a big investment of time and money, but well worth it if you are sure.”

As for the future of this scholarship, Jones hopes it evolves into multiple awards.

“It is hard to see what it would take for that to happen, this is only the first year,” he said. “But if we have strong interest with it and McKinney gets excited about it, I’d certainly go back and suggest maybe a second award.”