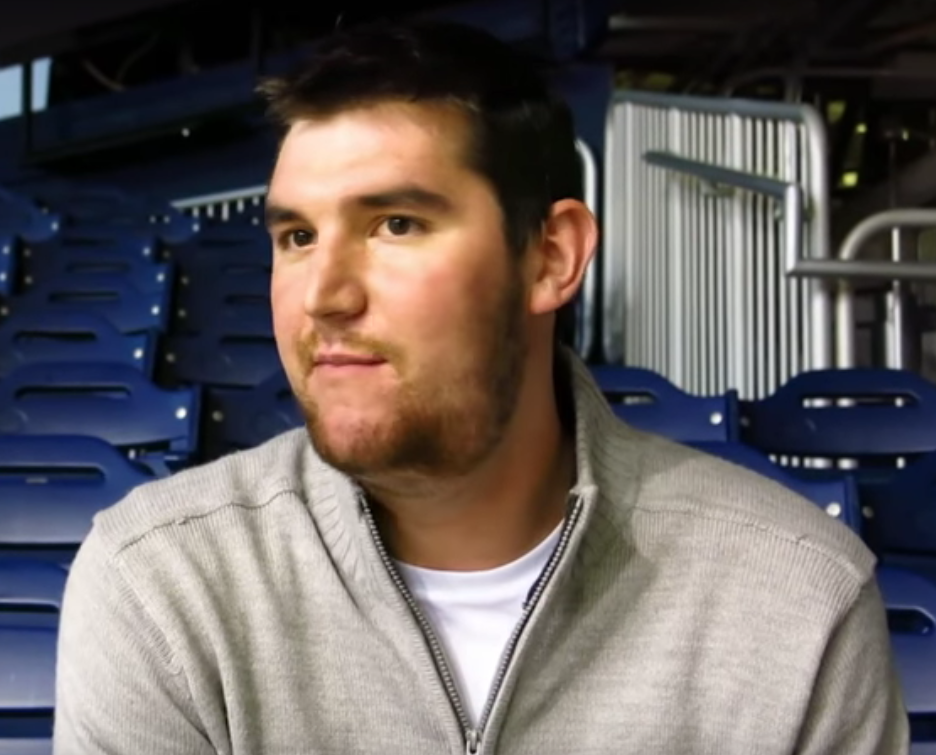 Smith, a 2013 graduate of the university, played on both of Butler’s Final Four teams in 2010 and 2011. He was a starter as a sophomore on the 2011 team, averaging 8.5 points and 5.6 rebounds as the Bulldogs went all the way to the national championship game before losing to Connecticut.

But when looking back at the legacy that Andrew Smith leaves behind, basketball is just a footnote. Some of the traits that he was known for on the court – mainly his toughness and strength – were really attributes that he first possessed as a person.

Andrew’s success on the basketball court as a member of the Bulldogs gave him national recognition. After announcing for the first time that he had been diagnosed with cancer in February 2014, his wife Samantha began a blog, Kicking Cancer with the Smiths. She updated Andrew’s condition and thanked people for their prayers and support.

That made his fight public. He used that platform to show the world what strength and courage look like. You didn’t have to know Andrew personally to know that he was as tough as they come – it showed through every blog post Samantha made.

Andrew’s legacy will live on through the countless number of people he inspired through his resiliency. He will continue to be remembered thanks to the lives he helped save through his work with the bone marrow registry.

In September 2015, the Smiths attended a bone marrow registry event at Hinkle Fieldhouse. Andrew already had a donor, but wanted to help find matches for others in need.

“Everyone that can do these little things, then it adds up pretty quickly,” he told The Collegian at the event. “And even if we can get one person to match who doesn’t have a match, it will mean a lot to us.”

That is the kind of character that Andrew Smith possessed. As he faced risky bone marrow transplant just weeks later, he was spending his time fighting for others who needed help.

There are never any words that can heal the family and friends of a loved one, especially when they are gone too soon. But what those close to Andrew can hopefully take some solace in is this – Andrew Smith changed the world for the better.