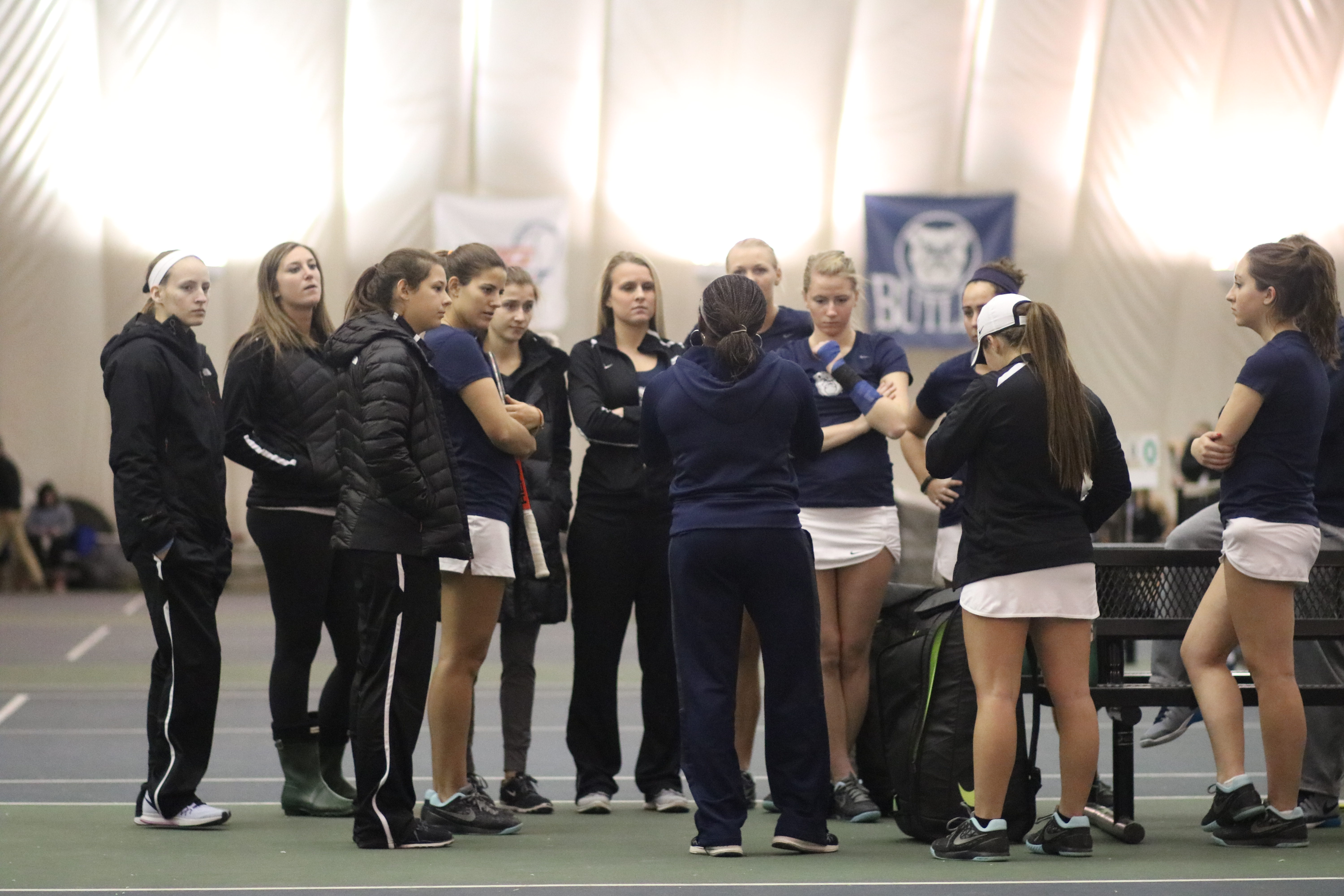 Despite starting out with a 0-4 record, the Butler women’s tennis team is looking ahead and continues to strive for goals set at the beginning of the season. Last year, the team finished seventh in conference. Head coach Tayo Bailey said this year she would like to see the team come in fifth.

Before entering the Big East tournament last April, the Bulldogs concluded its regular season  8-16, holding a conference record of 2-3. Current sophomore Bailey Padgett, junior Kylie Haviland and senior Konstantina Adami contributed largely to the team. Bailey would like to see her key players build off of last year’s experience.

“My expectations are always set high for the team,” Bailey said. “We can expect to see them performing above or just above what they did last year.”

Additional players to watch are newcomers Carla O’Bryne and Angela Averginos who hail from the Chicagoland area and were standouts on their respective high school tennis teams.

With added depth and experience, Bailey emphasized the importance of team culture for a successful season. Padgett echoed her coach’s sentiment and said that the additional year of experience has served to advance the team chemistry on and off the court.

“We’re a lot closer. Last year we were young and still working out kinks,” Padgett said. “We were working hard everyday but we didn’t know each other’s game.”

The team is looking forward to putting their off-season efforts to the test in matches. In many ways, the off-season looked like any other team preparing for the spring. Weight lifting. Fine-tuning swings. Staying fit.

Outside of the physical aspects; however, the team was preparing mentally as well. According to Bailey, all members of the team spent time reading Energy Bus by Jon Gordon. In it, Gordon lays out keys to building a successful team culture. The goal, stated Bailey, was to incorporate key ideas from the book into the tennis program.

“It’s important we’re all there and cheering each other on,” Padgett said. “It can make all the difference in a close match.”

In a season that spans from January until mid-April, mental focus and doing the right things on and off the court are key, according to Bailey.

The team travels to Ball State University on Jan. 29 for their next match. It is scheduled to begin at 6 p.m.