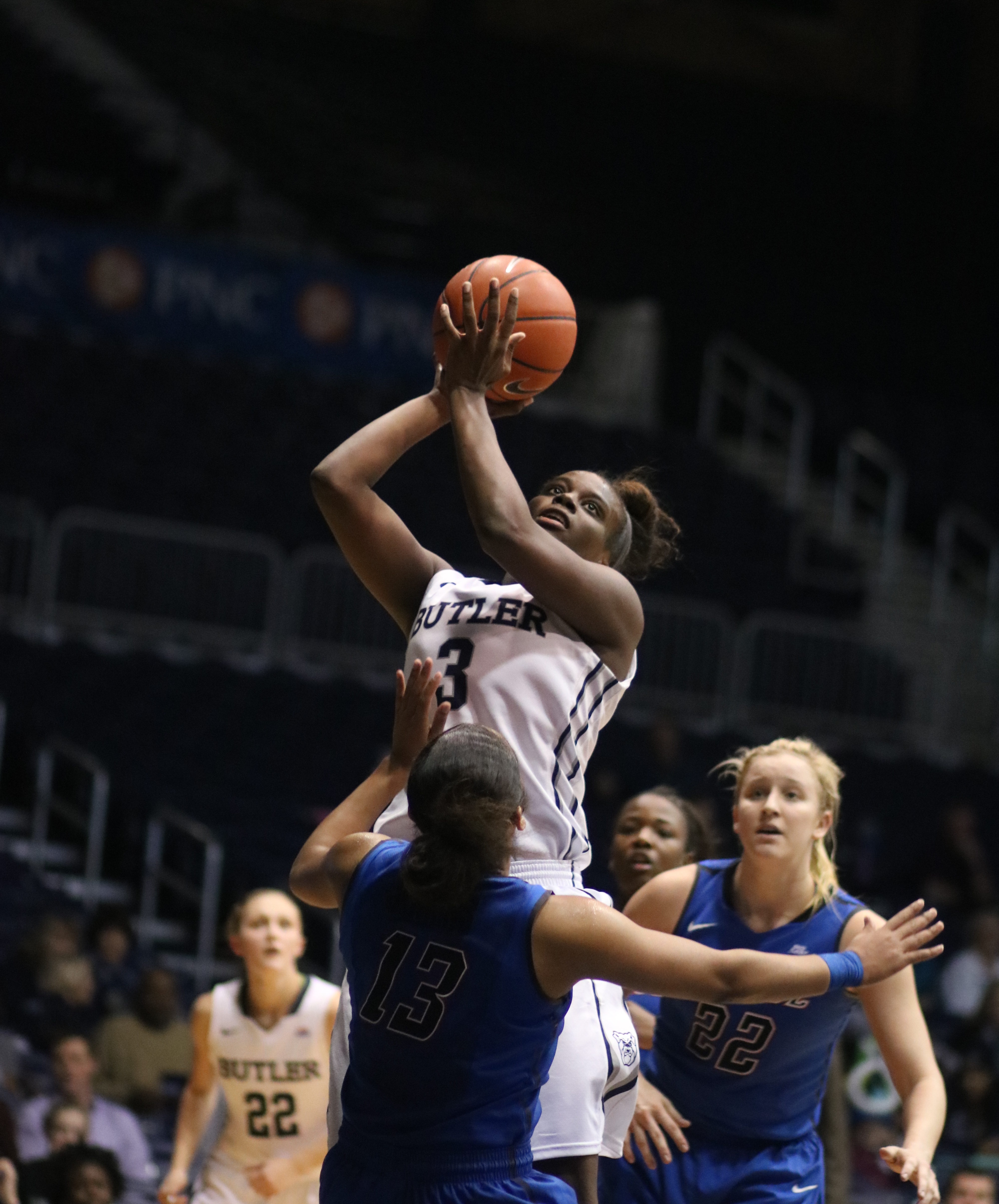 The Butler University women’s basketball team gave up a road game at Xavier University on Jan. 29  to fall to 7-14 on the season and 2-8 in the Big East Conference.

Xavier started the game on a 9-0 run before a timeout put the Bulldogs back on track. The tides turned and Butler outscored The Musketeers 10-4 to end the first quarter down just 14-12.

The team upped its performance in the second quarter and pulled out a 29-26 lead at halftime.

The Bulldogs kept up their momentum during the third quarter and scored an additional 17 points, while Xavier scored 15. Going into the fourth quarter, Butler lead 46-41.

Butler seemingly disappeared in the fourth quarter, however. The Bulldogs never made a shot during the final quarter, scoring just one point off a free throw from senior forward/center Belle Obert. Xavier kept up on their side of the court and scored 14 points.

Freshman forward Brittany Ward and Obert had a big game for the Bulldogs, both racking up a double-double. It was Ward’s sixth of the season and Obert’s third. Ward accumulated 15 points and 11 rebounds, and Obert had 14 points and 12 rebounds. Freshman guard Taylor Buford also had 10 points and four rebounds.

The Bulldogs will be back in action on Feb. 5 at home against Creighton University. The game is scheduled to start at 11:30 a.m. ET live on the Big East Digital Network.