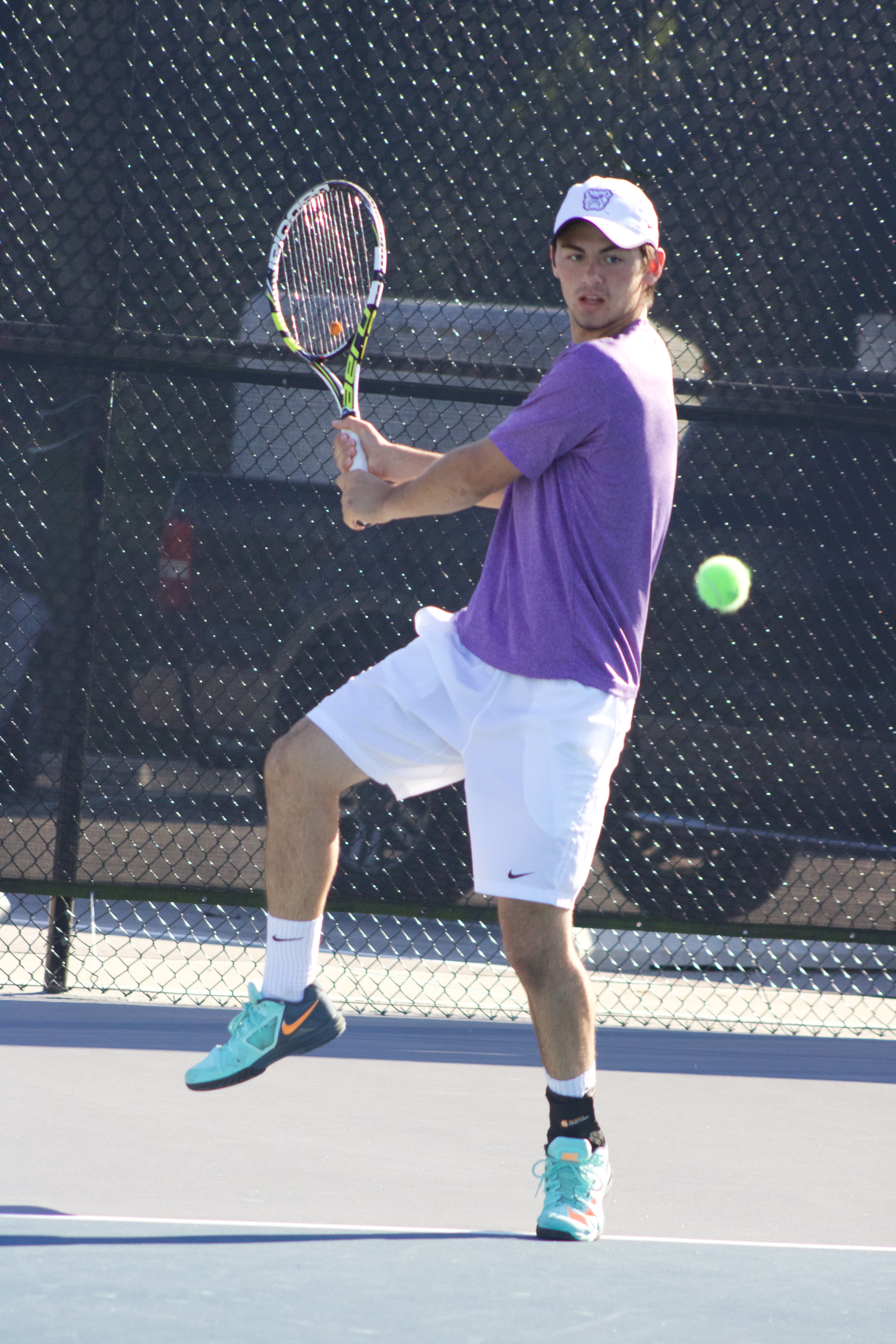 Five freshmen anchor the Butler men’s tennis roster this season. The unproven squad may be wet behind the ears, but its aspirations remain steady and consistent.

“We have a very young, talented team this year, so our goals are pretty simple,” Head Coach Parker Ross said. “We want to get better every day, and all five freshman have put forth a lot of great effort outside of practice and have a genuine eagerness to work hard and get better.”

“With only 20 percent of our guys returning from last year, I am most looking forward to building stronger relationships with guys on the team,” he said. “With over 22 matches filled with road trips and team meals ahead of us, getting close is inevitable.”

Khmiadashvili, a transfer student from the Democratic Republic of Georgia, said he aims to lead and nurture his new teammates.

On Jan. 20, the season started with a 4-0 loss to the Ohio State Buckeyes in Columbus, Ohio. Ross stressed the importance of one key goal in order for his team to win future matches.

Woldmoe said he aims to help foster an environment where the team can both learn and have fun.

“If our team is going to be the best that we can be, we need to create a culture where everyone is all in,” he said. “This means giving 100 percent both on and off the court; which involves eating healthier, taking injury-preventative measures by seeing trainers on a consistent basis, as well as finding extra time to get on the court. If we can do all of these things and buy into the system, the sky is the limit.”

The Bulldogs boast the Butler Bubble, which offers a unique home-court advantage. The Bubble is tightly compressed, and the Dawgs like to bark inside their own home.

“I have a feeling we will go undefeated in the Bubble this season,” Khmiadashvili said. “We really get loud there, and we practice so much there that it gives us a lot of confidence going into some of the tough matches.”

The Bulldogs are placing a heavy emphasis on putting the team before self.

“Instilling the team concept and holding each other accountable for our level of play and the manner in which we conduct ourselves is a major key in achieving excellence,” Woldmoe said. “We work for each other.”

The team will return to action on Jan. 30 at home against Green Bay. The match is scheduled to begin at 2 p.m.