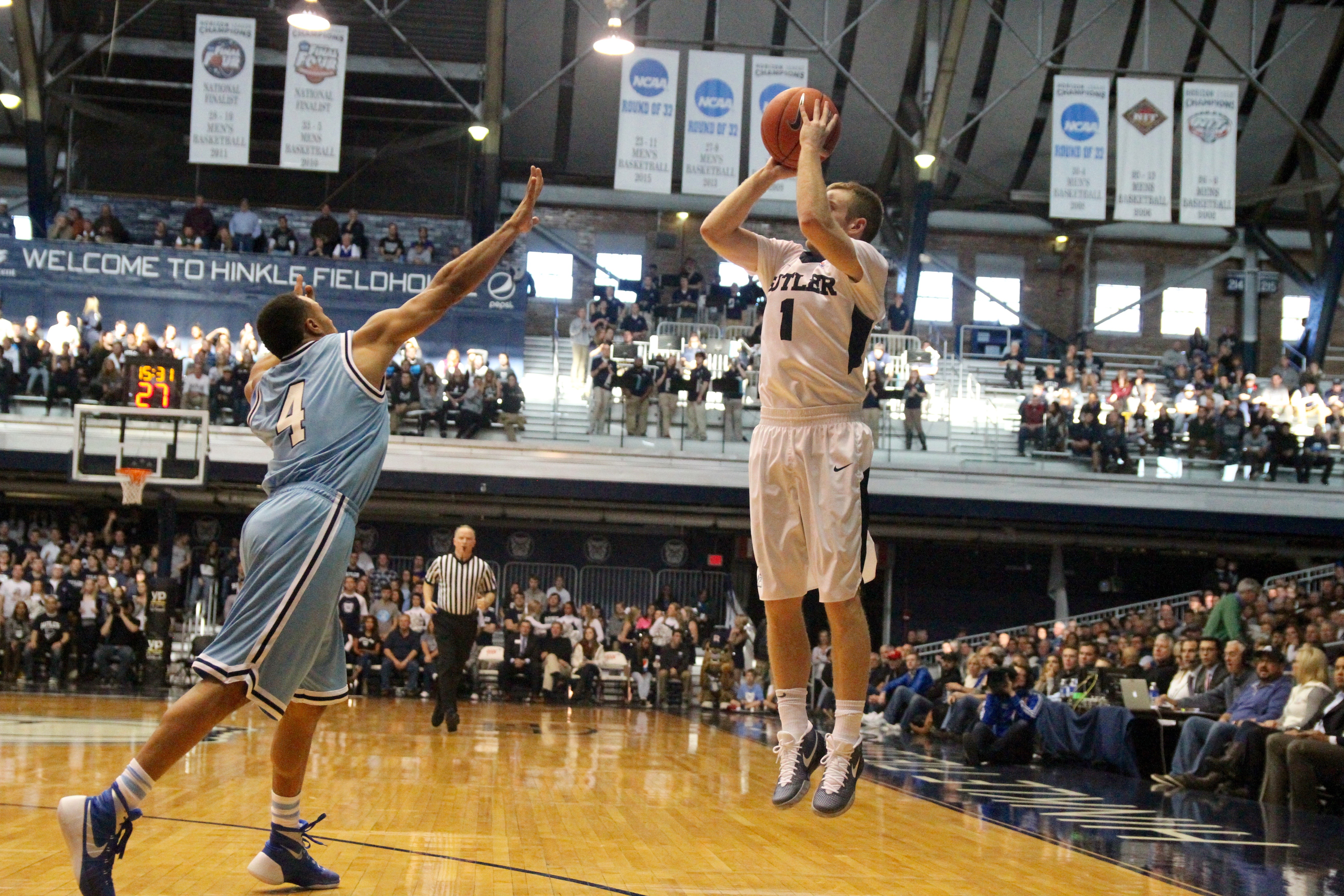 Butler fans accustomed to watching Alex Barlow were used to a point guard that played hard-nosed defense, dove on the floor for loose balls, grabbed more rebounds than seemed possible for his 5-foot-11-inch frame, and hit the occasional spot-up 3-pointer.

Tyler Lewis, a North Carolina State transfer who sat out last season due to NCAA rules, offers an entirely different set of skills.

This kind of scoring isn’t just a new sight for fans at Hinkle. It’s new for Lewis himself. During his freshman season at NC State, his season-high scoring output was 15. He touched double-figures just one other time in 36 games that season.

So, the numbers beg the question: what’s different this year?

“I feel like when I went to NC State, my role was to get everybody else involved,” he said. “We had a lot of scorers, we had a lot of talent. I was not being as aggressive as I could’ve been … Here, I’m just trying to be aggressive, always be on the attack, and doing the same thing, trying to get open shots for my teammates.”

Lewis is still getting assists — he had a season-high 10 against Missouri State and is averaging 3.3 per game — but said he emphasized his scoring game over the offseason.

“It’s something that I took really serious, that I knew I needed to improve on,” he said. “If I improved that, I knew it was going to help a lot of the other parts of my game and help the floor open up even more. I want to shoot a better percentage this year than I did at NC State.”

Lewis is shooting 35 percent this season as compared to 34 percent with the Wolfpack. The McDonald’s All-American has struggled from the floor in his past two games, shooting 1-for-11, Butler coach Chris Holtmann isn’t concerned.

“I think he’ll be fine,” Holtmann said after Butler’s 85-71 win over Indiana State Saturday in which Lewis was held to three points and one assist over 18 minutes. “He’s shaking some rust and he’s got to continue to do what we’re asking him to do at a higher level.”

Senior Kellen Dunham, who leads the Big East in scoring at 21.3 points per game, saw Lewis work over the summer and is seeing it pay dividends on the court.

“I think that he’s become a lot better finisher this summer, as well as (a better) free throw and three-point shooter,” Dunham said. “I saw him put in the time because I was working with him. So, it’s really cool to see that pay off for him and I think we’ll see more threes go in throughout the year for him.”

Gary Hahn, the radio voice for NC State since 1990, remembers Lewis as a distributor.

(He) knows what to do with the ball,” Hahn said. “He’s not going to turn it over a lot. He’s going to find the open man.”

With an added element of offensive potency in his arsenal, Lewis can be one more threat on a team that features the second-highest scoring offense in college basketball.