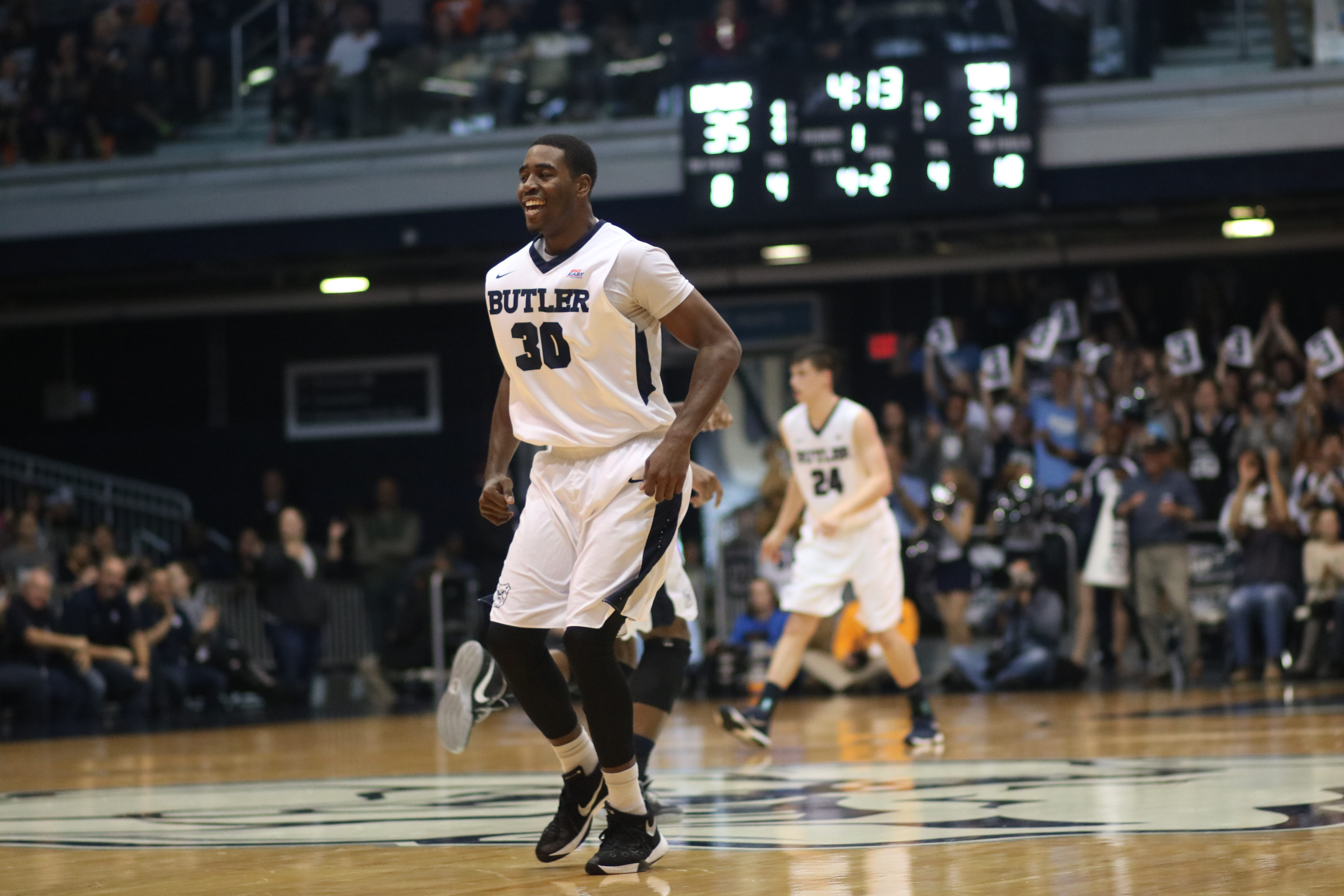 Series History: Saturday will be the 56th meeting between the Butler and Purdue. The Boilermakers lead the all-time series 38-17, but the Bulldogs have won the last four meetings.

Butler meets Purdue on Saturday in the second game of the Crossroads Classic, and it will certainly be a tough test for the Bulldogs.

The Boilermakers are ranked in the top ten in the country for a reason. The team from West Lafayette, Indiana is one of just eight NCAA Division I teams that remain undefeated, and are the only one of those to have won each of their games by double-digits.

Butler Head Coach Chris Holtmann said he has been impressed watching Purdue on film this week.

“They’ve got great size inside, but they (also) have great size on the wings,” he said. “They shoot the ball well, so (they have) very few weaknesses. I think, the numbers would bear it out, one of the elite teams in the country in Purdue right now. I think there’s no question they’re an elite, elite team and are going to have a great year.”

Purdue’s biggest advantage against Butler, and against most teams they play, is their talent and size-advantage in the post. Seven-foot two-inch sophomore Isaac Haas leads the team in scoring at 13.5 points per game, while senior A.J. Hammons stands at seven-feet tall and is second on the team averaging 12.6 points per game.

The offensive numbers for Butler have been impressive so a far this season, as the Bulldogs rank second in the country in scoring (91.7 points per game), eighth in field goal percentage (51.4 percent) and thirteenth in fewest turnovers per game (10.1). They are number four in the country in adjusted offensive efficiency, according to the Ken Pomeroy ratings.

Those numbers will be tough to replicate against the Boilermakers, who are Pomeroy’s top-ranked team nationally in adjusted defensive efficiency. They rank eighth nationally in scoring defense, allowing just 57.5 points per game, and also lead the county in field goal percentage defense (33.3 percent). They rebound the ball well, ranking second in defensive rebounds per game (33) and fourth in overall rebounding (45).

A key number to watch will be three-point shooting. Purdue is holding opponents to 27.5 percent shooting from behind the arc (16th nationally), while Butler is shooting 37.3 percent on the season. The Bulldogs will likely need to shoot it well from distance on Saturday because of the size advantage Purdue has in the post.

Holtmann wanted to make it clear that Purdue is strong on both sides of the ball, and the numbers do back that up. Offensively, the Boilermakers are scoring 83.4 points per game and are eleventh nationally in assists per game (19.4). Their highest quality wins of the season thus far include an 85-70 win over Florida in the Hall of Fame Tipoff Classic and a 72-59 victory at Pittsburgh in the ACC/Big Ten Challenge.

Kelan Martin has been terrific of late for Butler off of the bench. He scored a career-high 25 points last Saturday in a win over Tennessee, which was preceded by games of 24 and 20 against Indiana State and VMI respectively. The reigning Big East Player of the Week said that Butler can’t back down from the challenge Purdue’s size will bring.

“I think we have to be physical, more physical than them,” he said. “I think we can do that. Physicality is the key to the game.”

Saturday’s game is scheduled to tip at 5 p.m., following the first game of the Crossroads Classic between Notre Dame and Indiana.