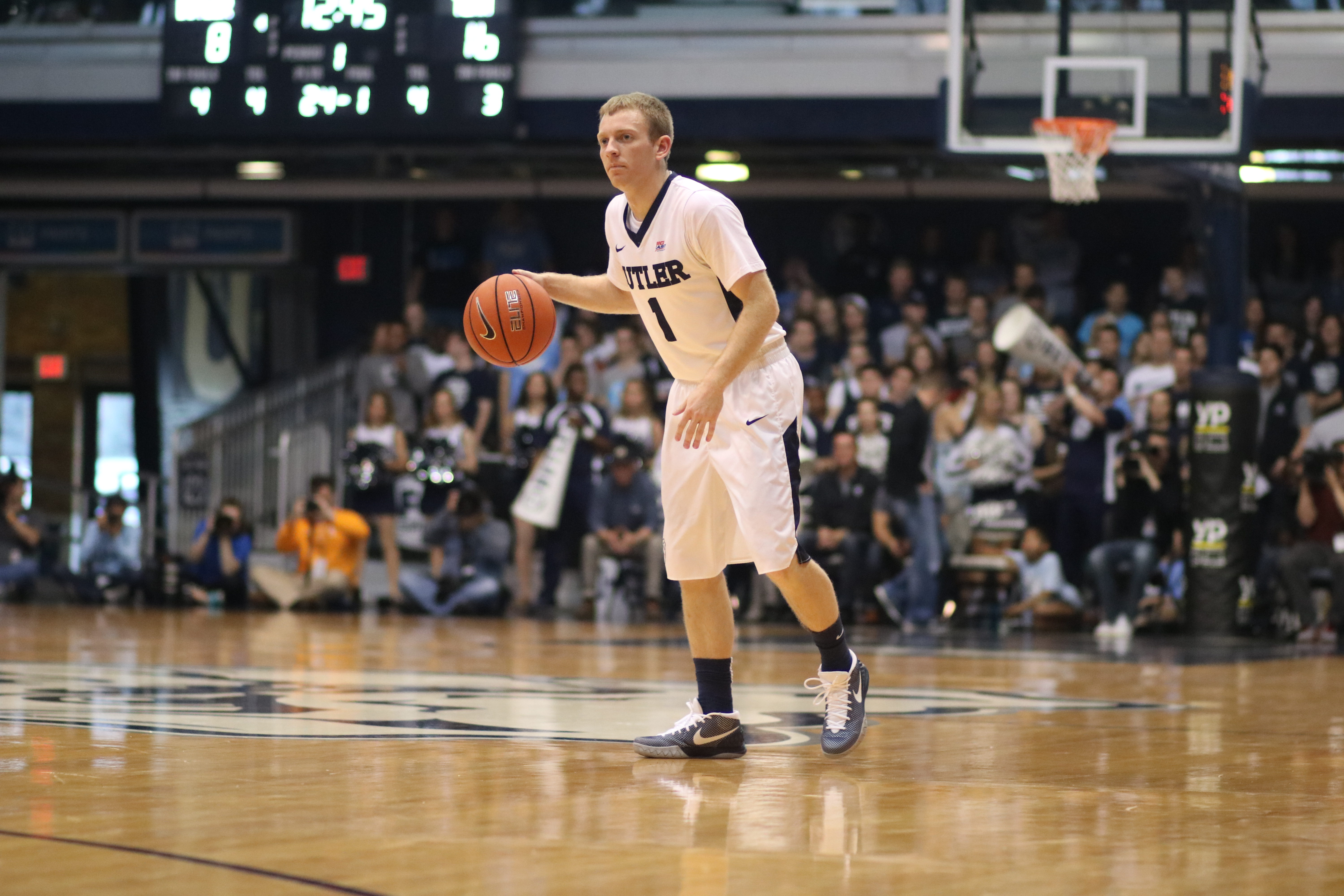 Heading into the Crossroads Classic on Saturday, Butler was the second highest-scoring team in the country. They had gone over the 90-point mark four times, including each of the previous two games.

That is certainly not what Bulldog fans are used to seeing. Over the past few decades, Butler has become known for their grit and defensive prowess.

This year’s team had yet to show the ability to play defense at a high level. Yes, they were winning, coming into Saturday with an 8-1 record. But, head coach Chris Holtmann knew that the gaudy offensive numbers his team was putting up weren’t sustainable. He wanted to see a defensive win.

“It’s fool’s gold if you don’t figure out how to stop people on a consistent basis,” he said last week after his team beat Tennessee 94-86 at Hinkle Fieldhouse. “That’s the reality. We have to get better at that and we have a long way to go.”

Just a week later, the progress is astounding.

Butler defeated Purdue 74-68 at Bankers Life Fieldhouse on Saturday, handing the Boilermakers their first loss of the season. The Bulldogs held their in-state rival to 41 percent shooting from the field and came away with 11 steals in the victory.

The defensive effort wasn’t just encouraging – it was absolutely necessary for the win. Kellen Dunham, who came in as the Big East’s leading scorer (19.1 points per game), went 0-for-12 from the field and was held to just two points. Reigning conference Player of the Week Kelan Martin had just 7 points while shooting 2-for-9. The sophomore had averaged 23 points on 64 percent shooting over the previous three games. “People are going to try to take Kellen out of the game,” Holtmann said. “Give them credit for doing that. Good teams find ways to have other guys.” With their top two scoring options struggling, other guys did in fact step up to the plate offensively for the Bulldogs. Roosevelt Jones had 19 points in addition to 11 rebounds and 5 assists. Tyler Lewis matched his career high with 17 points and Andrew Chrabascz, who briefly left the game with an apparent leg injury in the second half before returning, chipped in 16.

Overall, the team shot just 39.7 percent from the floor against a Purdue team that had the top defensive efficiency rating in the country, according to Ken Pomeroy. They also were uncharacteristically bad from the free throw line, going 16-of-26 (61.5 percent) from the stripe.

That’s why defense was so important. The Boilermakers presented a glaring mismatch in seven-foot two-inch center Isaac Haas and seven-footer A.J. Hammons. Haas, who came in averaging 13.5 points per game to lead the team, was held to 4 points on 2-of-7 shooting. Hammons got into early foul trouble and was held scoreless in five minutes of action during the first half, but rebounded in the second with 12 points.

In fact, despite the obvious height advantage for Purdue, the Bulldogs scored 34 points in the paint compared to 26 for the Boilers. That stood out to Purdue Head Coach Matt Painter.

“Look at points in the paint, look at our size and look at our team,” he said. “They found a way to manufacture some points.”

Painter’s team had a slight rebounding advantage (44-40) but shot just 41.4 percent from the floor, well below their 48.5 percent average.

Without question, Saturday’s win was big for Butler. Tyler Lewis said that going up against a previously undefeated team meant a chance to make a statement.

“We knew it was going to be a big opportunity for us,” he said. “We wanted to get a W and give them their first loss.”

Butler spreads out Purdue and hands the Boilermakers their first loss of the season. Another tremendous non-conference win for the Big East.

Leading up to the game, Holtmann said that Purdue was “one of the elite teams in the country,” emphasizing that they are strong on both sides of the ball. So after beating the Boilermakers, can the Bulldogs be categorized as elite?

The biggest take away from the win has to be Butler’s defensive play. When shots weren’t falling, they found a way to win. That’s what elite teams do.

But Saturday was also the first time all season that the team showed the ability to play high-level defense. It’ll take more of those performances before the Bulldogs can join the elite conversation themselves.

“We still have a lot of work to do (on defense),” Holtmann said. “You’re as tough as you play on that given night. We’ll see how we do with consistency.”