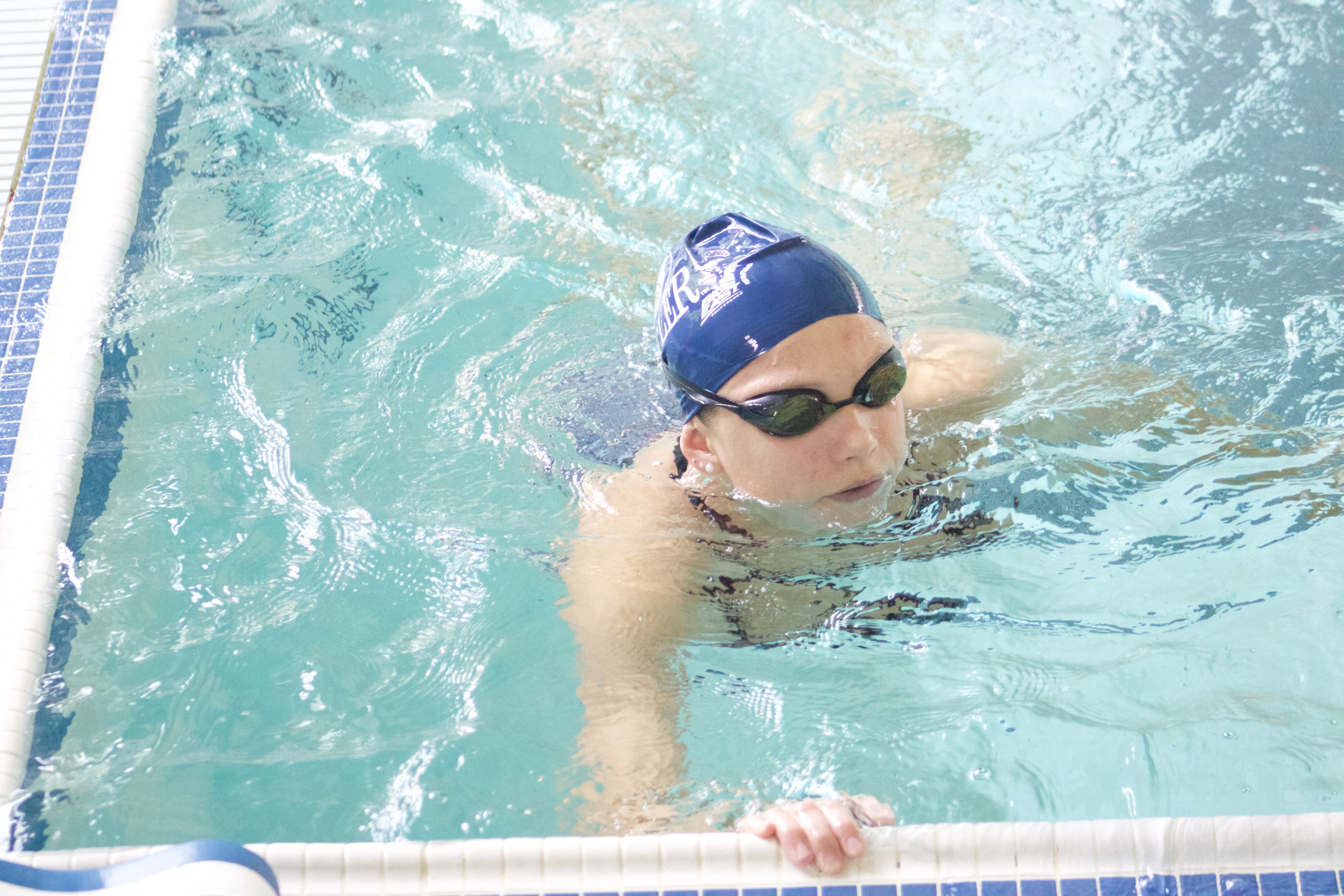 The Butler women’s swimming team is excited to have ten seniors to rely upon for leadership this season. It is something new for the team, a refreshing change from the past.

Senior Sarah Gibbons said that because swimming in a non-scholarship sport, swimmers in recent years have often quit the team after a couple of seasons to focus on academics. In fact, there have been no seniors on the team for each of the past two years.

Gibbons said that she gives her class a lot of credit for staying tight as they enter their final year.

“I think it’s really cool for us because we’ve watched this team grow so much,” she said. “From when we came in to now, it’s kind of relieving having the team how we wanted it to be when we started.”

Now, as they begin their third season in the Big East, the women’s swimming team has that group of seniors to look to for guidance. That is certainly important this year, as the team also consists of 12 freshman.

Head coach Maurice Stewart said that the situation is a positive one and gives the seniors the opportunity to show leadership.

“It really has potential to create a good team dynamic,” Stewart said. “I think it’s doing that this year with our seniors that know our program and know how the program operates and how my coaching style is.”

Stewart also said the team dynamic has helped the freshmen adjust to college, both in and out of the pool.

“It’s been helpful for the freshmen with the transition into Butler and as a student-athlete on the team and hopefully that will stick to help the freshmen create their own dynamic to help move the team culture in a positive direction,” Stewart said.

Gibbons is excited by the freshmen, and said that the energy they bring is good for team morale.

“We have an awesome freshman class, which is really good because our senior class is really big,” she said. “We are graduating a lot of girls, so it’s really nice to see a bunch of enthusiastic girls coming in.”

“We’re trying to build that confidence back up with some good solid training to go into a big focus meet against Providence on Nov. 7,” Stewart said.

Senior Allie Dvorchak said that one of the team’s strengths is their depth.

“As a bigger team, I’d say we have more depth this year,” she said. “Our program has been growing a lot since I’ve been a freshman until now.”

Stewart said the team is looking forward to competing in the House of Champions Invitational on Nov. 20th at IUPUI to help prepare for the Big East Championship in Long Island, New York on Feb. 24th.