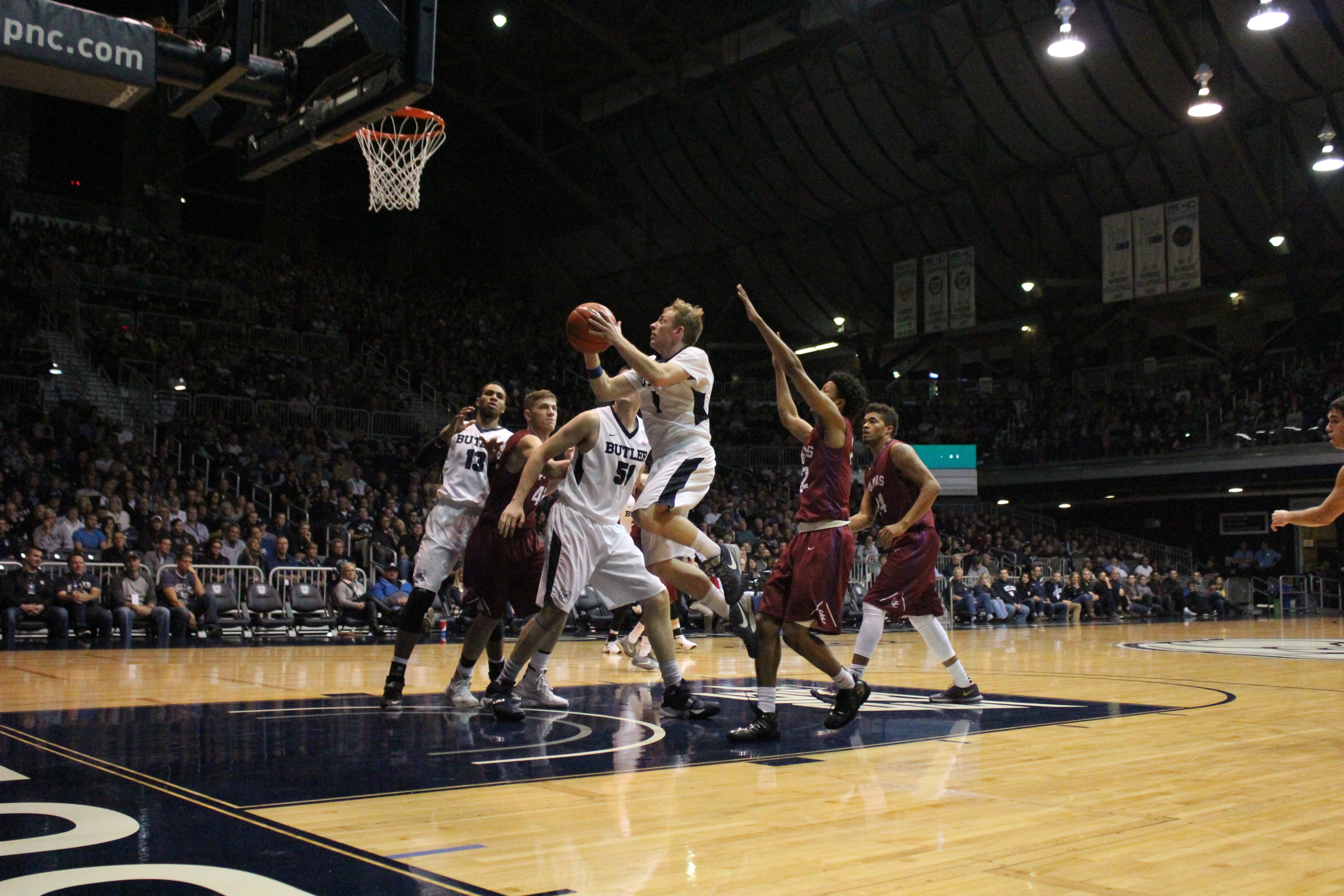 The Citadel, located in Charleston, South Carolina, is led by new head coach Duggar Baucom. Baucom was the head coach at The Virginia Military Institute. During his 10-year tenure there, his team led all of college basketball in scoring six times.

Head coach Chris Holtmann said the way that The Citadel plays will force the Bulldogs to adjust.

“It’s counter in a lot of ways to how you’ve trained your guys to prepare to play in some ways both defensively and offensively,” Holtmann said.

In their exhibition game against Division II Erskine College, The Citadel took 67 three point shots, connecting on 21 of them.

Holtmann said The Citadel team they will play on Saturday will be a lot different than the team that went 11-19 last season.

“It’s a new coach, they picked up two graduate transfers who are going to play really important roles for them,” he said. “They’re older. They’re going to have a good year.”

Holtmann said this will be the most unique team to come to Hinkle since he’s been here.

“Certainly not in my short tenure here has there been a team like this come to Hinkle Fieldhouse,” he said. “It’s going to be as unique and challenging as any team we’ve played.”

One thing that could help out the Bulldogs would be the return of Andrew Charabascz, who missed the team’s 106-66 exhibition win over Saint Joseph’s (Ind.) after suffering a concussion during practice. Holtmann said he is hopeful that the junior forward will be available.

“He should be ready to go on Saturday, but you’re never certain,” he said. “I think if he’s good to go we won’t have any real restrictions on him. The most important thing is making sure that he is fully cleared, and if he is then he’ll be ready to go.”

Despite the excitement surrounding this season, Holtmann said that the team is not looking at anything other than the game on Saturday.

“Our guys are really focused on what’s right in front of them, a good Citadel team, and being ready to kind of stay in the moment,” he said.

Tip-off is scheduled for 7:30 p.m. The game will be televised on Fox Sports 2. Follow @BUSportsWriters for updates tomorrow night and all season long.