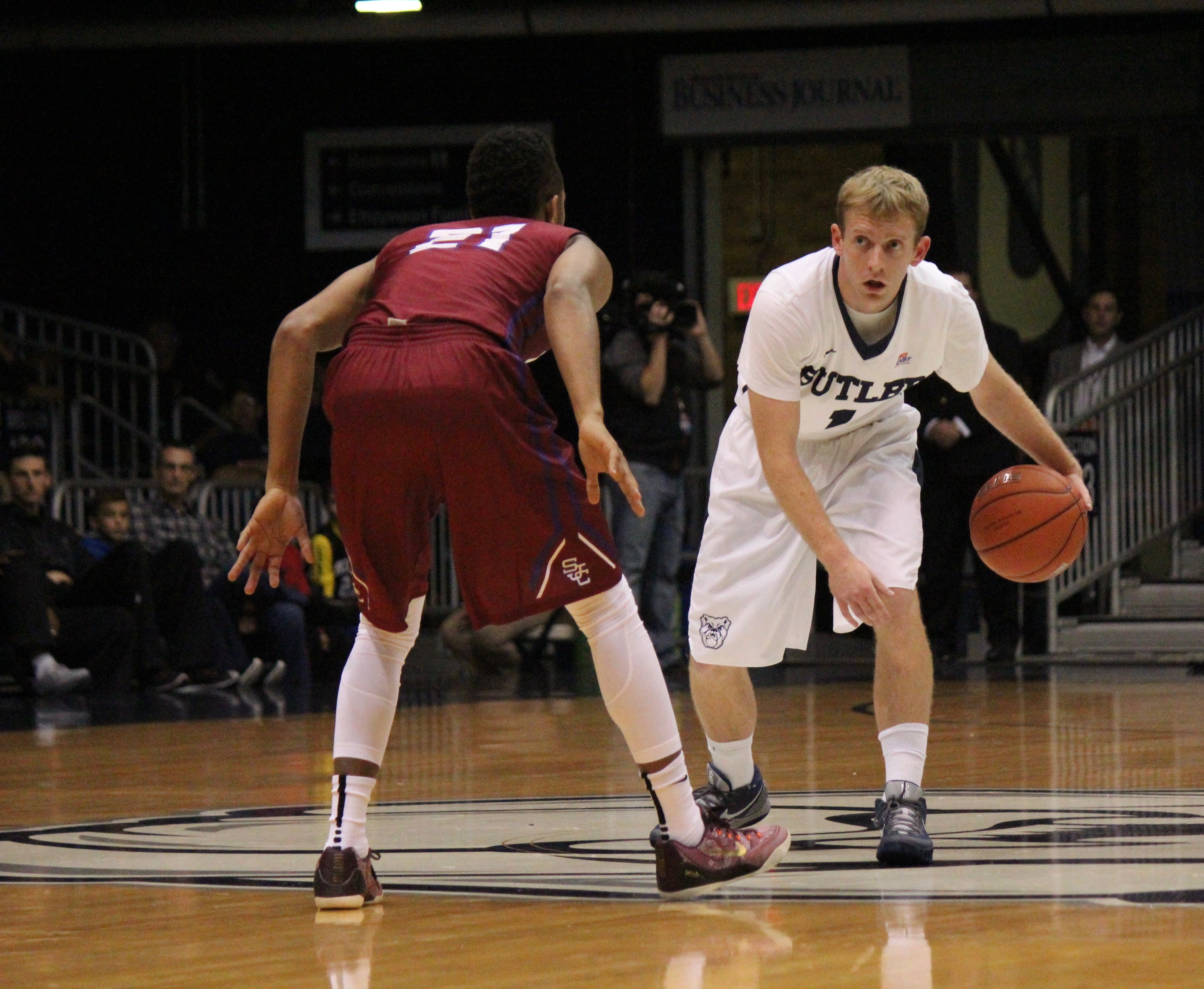 Six players, including all five starters, scored in double figures for the Bulldogs. Redshirt senior Roosevelt Jones led the way with 19 points, 11 of which came from the free throw line. Senior Kellen Dunham chipped in 17 points, while redshirt junior Tyler Lewis had 11 points and 8 assists.

Junior Andrew Chrabascz suffered a concussion in practice earlier in the week, forcing him to miss Saturday’s game. Sophomore Kelan Martin got the starting nod in his place and proved to be up to the task, finishing with 13 points and 7 rebounds.

Saint Joseph’s, an NCAA division II program, stayed close early in the first half thanks to their three-point shooting. A three by Devone Daniels with 10 minutes left in the first half pulled the Pumas to within six.

Butler Head Coach Chris Holtmann said that he was impressed with the way that St. Joseph’s played early on.

“I thought they came out really ready to play,” he said. “(They) really pushed the tempo on us and did a terrific job making threes.”

However, after Daniels’ three-pointer, the Bulldogs went on a 16-4 run over the next six minutes that included two dunks from sophomore Tyler Wideman and was capped-off by a slam from Martin. That increased the lead to 18 and Saint Joseph’s was unable to recover.

Butler led 54-36 at halftime. Saint Joseph’s went an incredible 8-of-13 from behind the arc in the half, but shot just 2-of-12 from two-point territory.

The second half was more of the same, though St. Joseph’s was held to 5-of-14 shooting from deep. Sophomore Tyler Wideman said that perimeter defense became a point of emphasis at halftime.

“In the first half we were a little slow getting back out on the shooters,” he said. “But in the second half, we made some adjustments and focused on that a little bit more.”

The Bulldogs led the entire way, thanks in large part to points in the paint. They finished with a 56 to 8 advantage in that category. Wideman scored 13 points while making all six of his attempts from the field, though five of his baskets came on dunks. Freshman center Nate Fowler had 14 points off of the bench.

Holtmann said that Wideman had progressed a lot from a year ago and that the big man will need to take on a much bigger role this season.

“(Wideman) is leaner, he’s in better shape,” he said. “He’s got great hands. I’m anxious to see, I think he’s going to make free throws at a better clip. He’s a big guy that does a pretty good job of taking care of the ball when he’s playing well.”

“…For us to be good, given what we lost with Kam Woods and Alex Barlow playing such significant roles, he has to be very good for us,” Holtmann added.

The regular season begins Saturday when The Citadel visits Hinkle Fieldhouse at 7:30 pm.