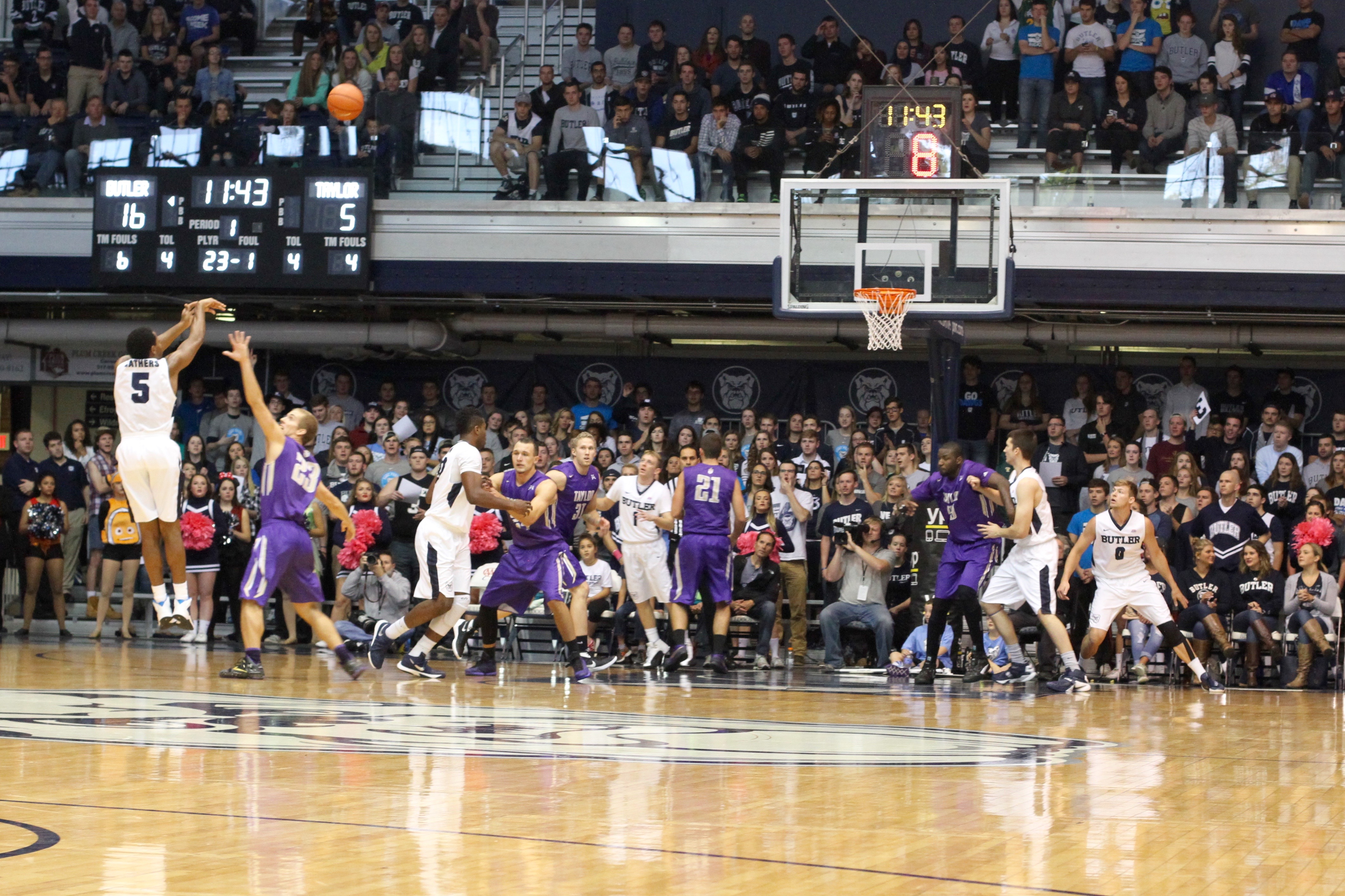 The Butler men’s basketball surpassed expectations last year amidst a tumultuous beginning to its season. This year, the ceiling has been raised for the Bulldogs.

The team is ranked No. 22 in the national preseason coaches’ poll and was picked by Big East coaches to finish third in the conference.

Head Coach Chris Holtmann believes his team does not get caught up in the preseason accolades.

“I think our guys understand that they’re going to be measured on what they accomplish, not what kind of potential or promise they have,” he said.

It will not be an easy road to success for the Bulldogs this season. The difficult non-conference schedule includes playing in the Puerto Rico Tip-Off tournament in late November. Butler will also play Cincinnati, Tennessee and Purdue before opening Big East play on New Year’s Eve against Providence.

Point guard Tyler Lewis does not want to focus on the expectations of others, instead trying to work hard and improve throughout the season.

Holtmann will start his first full season as the permanent head coach. He took over the role last October on an interim basis after Brandon Miller took a medical leave of absence. Three months later, the Bulldogs owned a 10-4 record and the interim tag was removed from his title.

Sophomore Jackson Davis said the team came together amongst the turmoil.

“We knew that when Miller left it was our job to still play basketball,” he said. “So we knew that no matter what happened, that’s what we’re here to do and that’s what was going to happen.”

Jones said knowing Holtmann is the permanent head coach going into this season provides the team with stability.

“Holtmann, he has his mark on our team now of how he wants us to play and how he wants to do everything,” he said. “Last year he was kind of filling in, putting a little bit here and a little bit there. This year, it’s all Holtmann. He’s got his whole system so we’re going with his system that he has us in this year.”

Butler finished last season with a 23-11 record and advanced to the NCAA Tournament’s round of 32. The season ended with a 67-64 overtime loss to Notre Dame.

Last season’s top three scorers all return, led by Dunham with 16.5 points per game. Jones averaged about 13 points, while junior Andrew Chrabascz scored around 11 points per game as a sophomore.

Lewis will also play a major role this season, his first wearing a Butler jersey. He was a High School McDonald’s All-American in 2012 and played his first two collegiate seasons at North Carolina State. The redshirt junior then transferred to Butler and had to sit out last year to comply with NCAA rules.

As Lewis prepares for his first game action, coaches and teammates are raving about his ability as a facilitator on the court. Dunham, who said he considers Lewis one of his best friends, is amazed by his teammates’ on-court decision-making.

“He’s the best point guard I’ve ever played with offensively,” Dunham said. “He seems to make the right play, the right read every time.”

In addition to Lewis, the Bulldogs’ newcomers include freshmen Sean McDermott and Nate Fowler, as well as graduate transfer Jordan Gathers.

Sophomores Tyler Wideman, Jackson Davis and Kelan Martin, as well as Chrabascz will compete for the majority of minutes in the frontcourt.

The Bulldogs lost three players from last season due to graduation in Jackson Aldridge, Alex Barlow and Kameron Woods. Barlow and Woods each started every game a year ago.

Holtmann said he expects defense to take the biggest hit due to these losses.

“This team’s going to need a lot of defensive work because of who we lost,” he said.  “But there’s no question that’s kind of who we want to be. That’s how Butler’s been for many years dating back to when (athletic director Barry) Collier was coach.”

Graduate transfer Austin Etherington said that he believes the team is ready for a big year.

“We have a really good team and we have the little pieces that it takes to be successful,” he said. “I think this group of guys can definitely make a run and do something.”

The Bulldogs begin the regular season on Nov. 14 at Hinkle Fieldhouse when they host The Citadel.