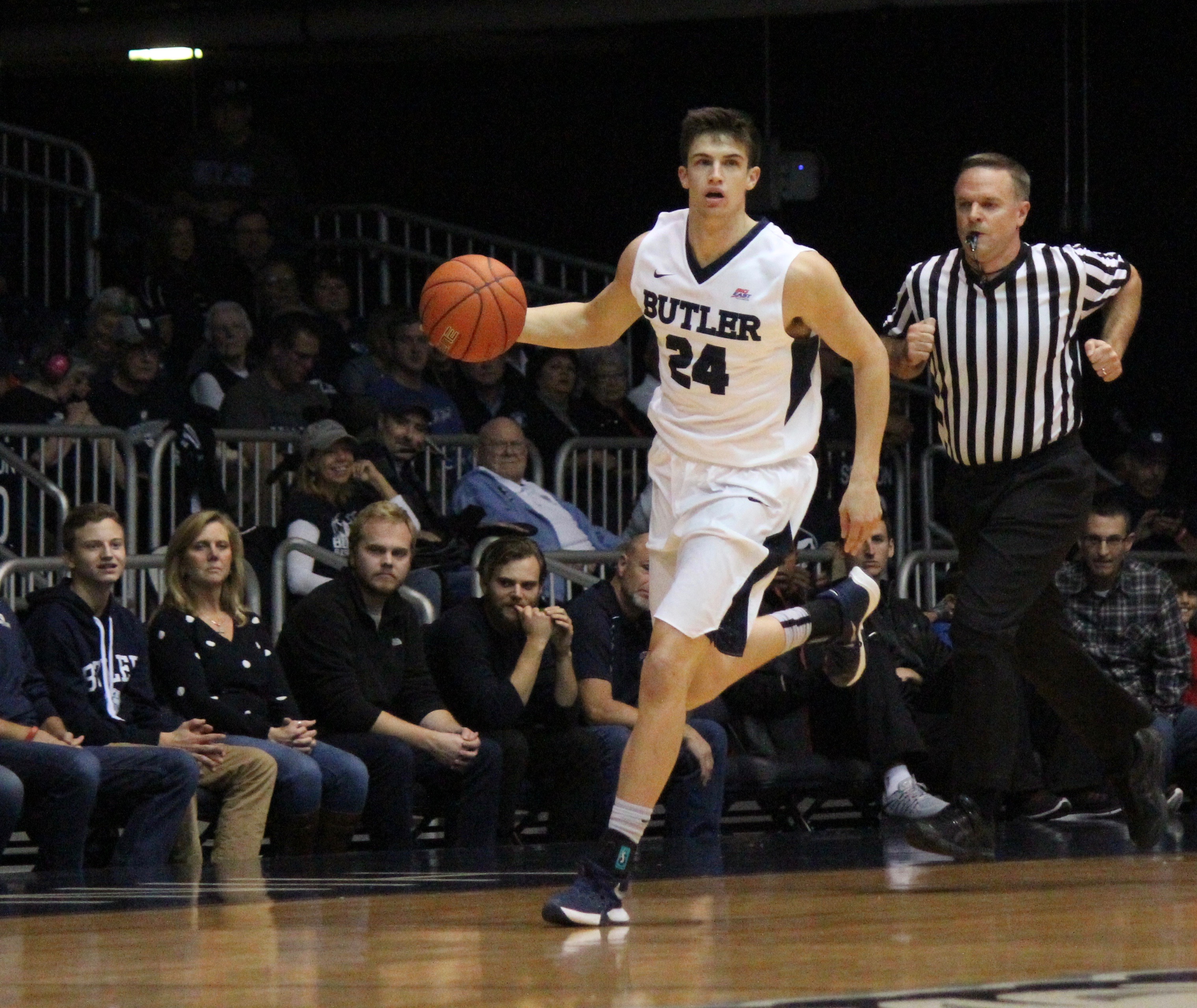 Series History: Butler won the only previous matchup between the two teams, beating SIUE on Dec. 20, 1982 at Hinkle Fieldhouse.

Butler Bulldogs: The Bulldogs come into Saturday’s matchup following an 85-75 setback against Miami (FL) in the Puerto Rico Tip-Off championship game on Sunday. That marked the first loss of the season for Butler, and head coach Chris Holtmann said that the Hurricanes helped highlight his teams’ deficiencies.

“We learned a lot about our team,” he said. “(We) got exposed in a lot of ways and that was good for us as well.”

Holtmann specifically mentioned that in the first half against Miami, the Bulldogs poor ball handling and decision-making led to easy transition offense for the Canes.

“We went in to it saying it was going to be emphasis for us,” he said. “But good teams find a way to get deflections and be active, and that’s what they did.”

SIUE Cougars: The Southern Illinois University Edwardsville basketball team enters Hinkle Fieldhouse on a three-game losing streak after winning their season opener over Arkansas State. The latest loss came on Tuesday, when the Cougars fell at home 77-74 to Campbell.

SIUE, a member of the Ohio Valley Conference (OVC), went 11-3 at home last season but just 1-12 on the road (and a loss in a neutral site game), giving them a 12-16 record. However, they lost all five starters from that team and brought in eight new players and a new coach during the offseason. The OVC coaches picked the team to finish last in the 12-team conference this season.

Jon Harris, an Edwardsville native, is now at the helm for the Cougars. It is his first head-coaching job after 14 years as an assistant for five different division I programs. Prior to coaching, he played at Marquette (1998-02) and helped the Golden Eagles to a 26-7 record, an NCAA Tournament berth and a No. 9 ranking in the final AP poll as a senior, alongside teammate Dwayne Wade. He spent one season after graduation as an assistant under Tom Crean, helping guide the team to the Final Four.

The Cougars have struggled shooting the ball so far this season, with the team at just 37.3% from the field and 25% from three. Their three-point percentage puts SIUE in the bottom 15 of the 346 division I men’s basketball programs in that category. They also rank in the bottom 15 nationally in assists per game (9.8) and fouls committed per game (25.5).

However, the team is first among Ohio Valley Conference teams in rebounds per game (41.75) and ranks second in fewest turnovers per game (11.3).

SIUE’s scoring leader thus far is guard Burak Eslik, who is averaging 14 points a game in his first season at the school after transferring from Lewis and Clark Community College.

The Cougars biggest advantage against Butler will be the size and ability of their post players. Grant Fiorentinos, a 6-foot-10-inch center, comes off the bench but is the teams’ second leading scorer (12 ppg). Graduate transfer Yemi Makanjuola, who came from UNC Wilmington, is the starting center and is averaging 9.3 points and 7 rebounds.