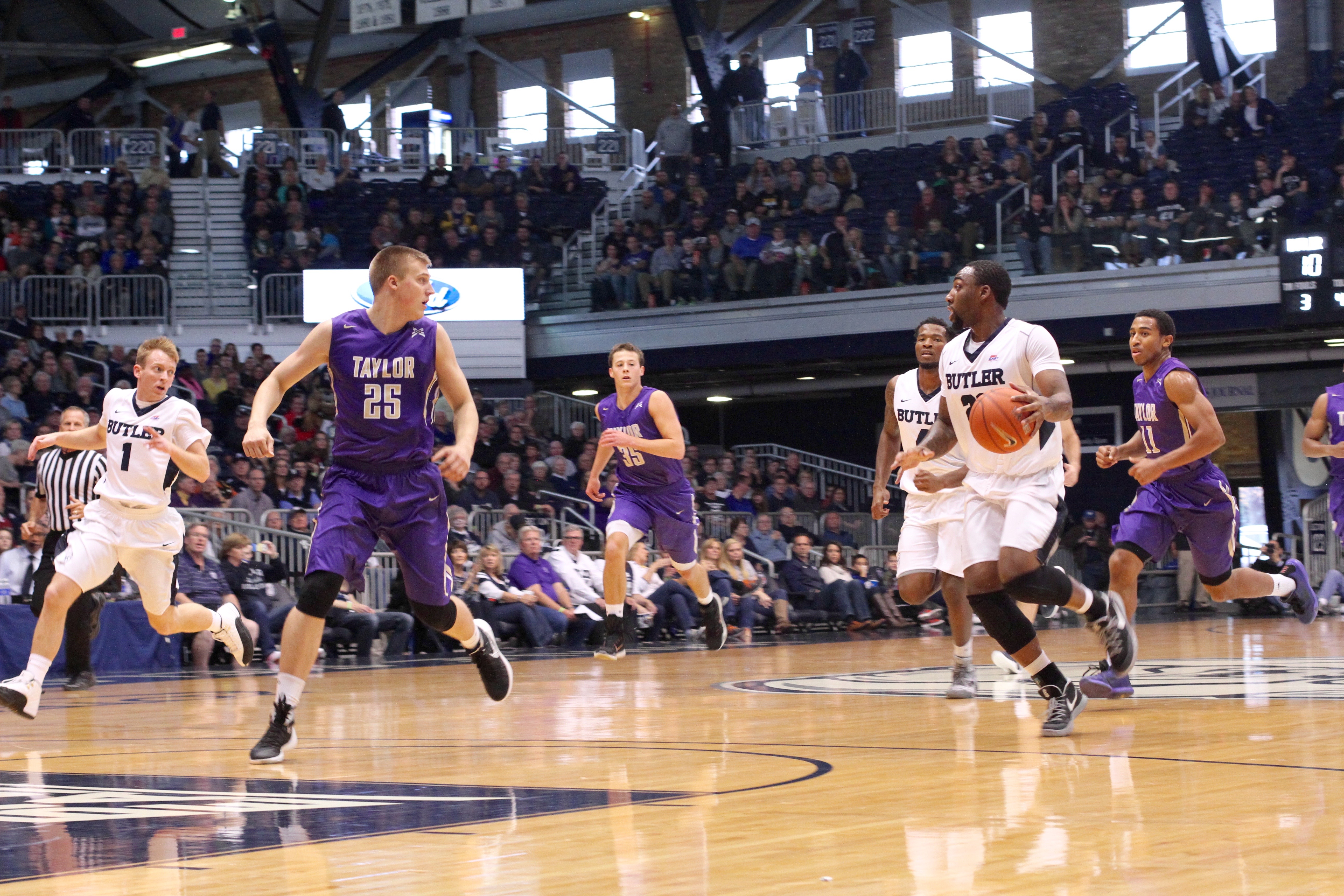 The Butler men’s basketball team scored the first 14 points of the game and never looked back on Saturday afternoon, cruising to a 79-44 exhibition win over Taylor.

Lewis, who had to sit out last season after transferring to Butler from North Carolina State, got the Bulldogs started offensively when he knocked down a three-pointer just 13 seconds into the game. He said that it was exciting to be back on the floor.

“I mean, I’ve been waiting a year and a half now to get back on the court,” he said. “Just knowing that today is finally here, it was just an awesome feeling.”

Taylor struggled early offensively, finally getting on the scoreboard six-and-a-half minutes into the first half courtesy of two free throws from Keaton Hendricks.

The Bulldogs continued to dominate the first half, and the home crowd started getting into it when sophomore Jackson Davis threw down a dunk through contact heading into the under-eight minute media timeout.

Four minutes later, Dunham made a move along the baseline and went up for the two-hand slam, finishing over the 6-foot-11-inch defender Vivian Aiken while completing the three-point play. That got the nearly seven thousand in attendance at Hinkle roaring and Butler finished the half with a 45-14 lead.

Taylor was held to just over 15 percent shooting in the first half. Even though the Butler offense is going more up-tempo, Jones said that the team’s identity remains defensive.

“We still focus on defense,” he said. “That’s our main core, that’s what we feed off of. That’s never going to change. It’s been (that way) throughout Butler’s history. So, the defense will always be there for us.”

In the second half, Taylor was able to find their groove a little more on offense, putting 30 points on the scoreboard during the final 20 minutes of play. However, the Bulldogs maintained a healthy lead all the way until the final buzzer.

Despite the blowout win, Butler head coach Chris Holtmann said that his first reaction was that his team could be a lot better.

“We have a lot to improve on,” he said. “I did not think we were particularly crisp in ball-handling today. I think overall, we’re probably behind where we were at this point last year.”

Butler will host Saint Joseph’s (Ind.) on Saturday at 7 p.m. in the second and final exhibition game, before beginning the regular season on Nov. 14.