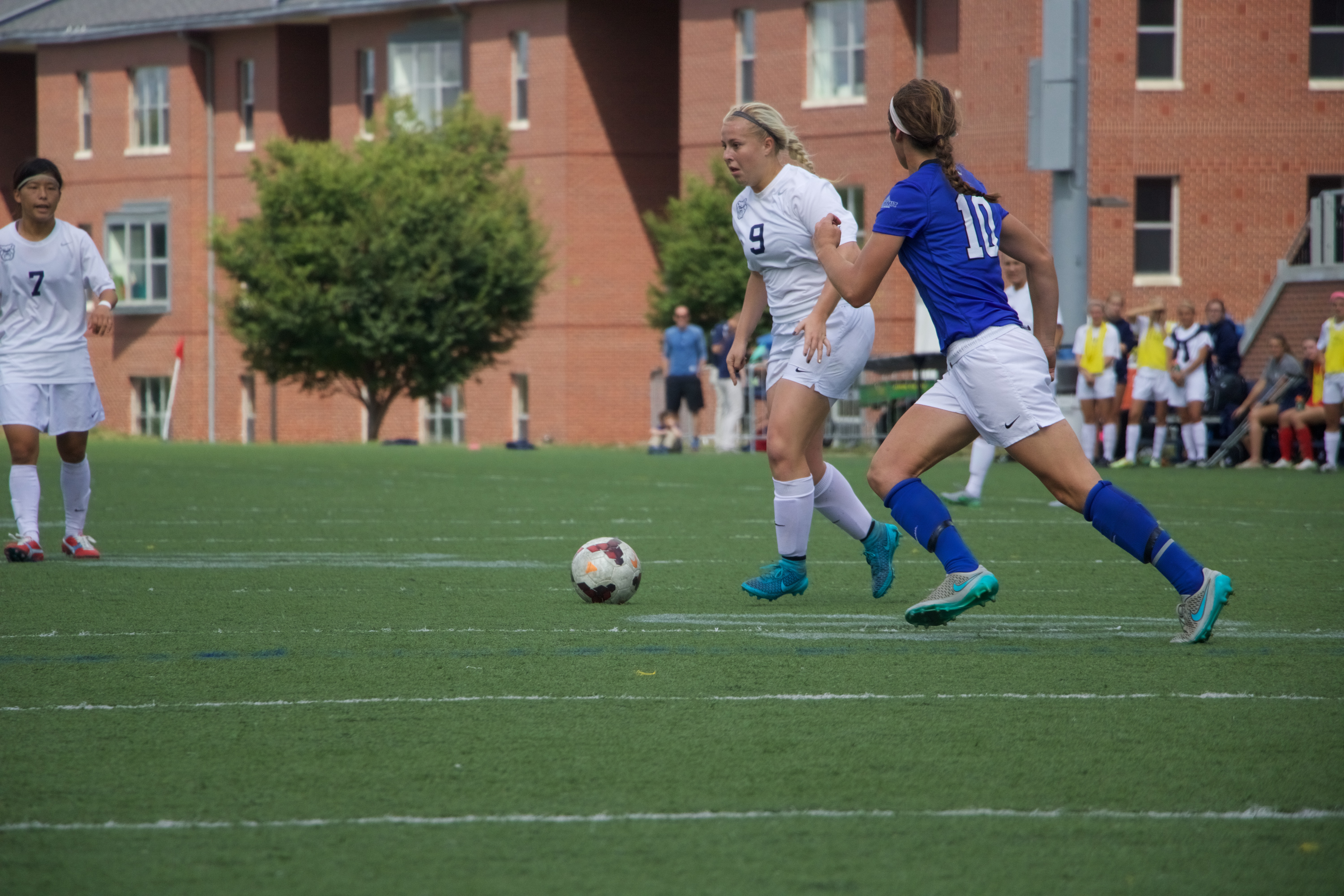 Butler’s sophomore defender Shannon McDevitt was proud of the team for winning on the road.

“It was a great win on the road and an amazing team effort by everyone on the team,” she said.

Butler Co-Head Coach Tari St. John knew going into the game what Providence had up their sleeve.

“Providence is an organized team that also uses emotional energy to dominate opponents,” she said. “In stark contrast, the personality of our team is ‘Roll up your sleeves and go to work.’ It was key to remain unaffected by their emotional energy and execute our game plan.”

It appeared that Butler had done plenty of homework over Providence, as senior midfielder Sophia Maccagnone also had an idea of what to expect going into the game.

“I knew going into the game that Providence was a very talented and hardworking team that was going to be tough competition,” she said.

Providence took control of the game in minute 30 with a long-distance goal scored by senior defender Morgan Thomasian. Thomasian was assisted by freshman midfielder Kayla Steeves on the goal.

Just before halftime stopped the game, Butler’s Maccagnone shot a penalty kick. The shot in minute 44 went into the net, and the Bulldogs and the Friars went into halftime tied at 1-1.

caption: twitter.com/@butlerwsoccer Just 10 minutes into the second period, Butler took control of the game. Maccagnone pulled through for her second unassisted goal of the game in minute 55. The shot came from the top right corner of the box. Maccagnone credited her performance to her natural competitiveness and her belief in her teammates. “I think that is something that really drives me,” she said. “Plus, I know that if I do my personal best, I can trust that everyone of my teammates will do the same and that is what really allowed us all to play the way we did.” Five minutes later, McDevitt got a shot to the left side of the goal. The ball made its way past the defender and gave Butler a 3-1 lead. McDevitt was assisted on the play by junior midfielder Serina Kashimoto. “It’s always a great feeling to get a goal for the team,” McDevitt said. “I just love the feeling of celebrating with girls that are my best friends.”

60:53- GOOOOOAAAAALLLL!!!!! Kashimoto with the corner kick goes far post, McDevitt with the header, across the face of the goal and in!!! — Butler Womens Soccer (@ButlerWSoccer) October 4, 2015

“I was impressed with our ability to dominate possession and create goal scoring opportunities even with the head-wind in the first half,” St. John said.

The Bulldogs will next travel to DePaul University Oct. 8.