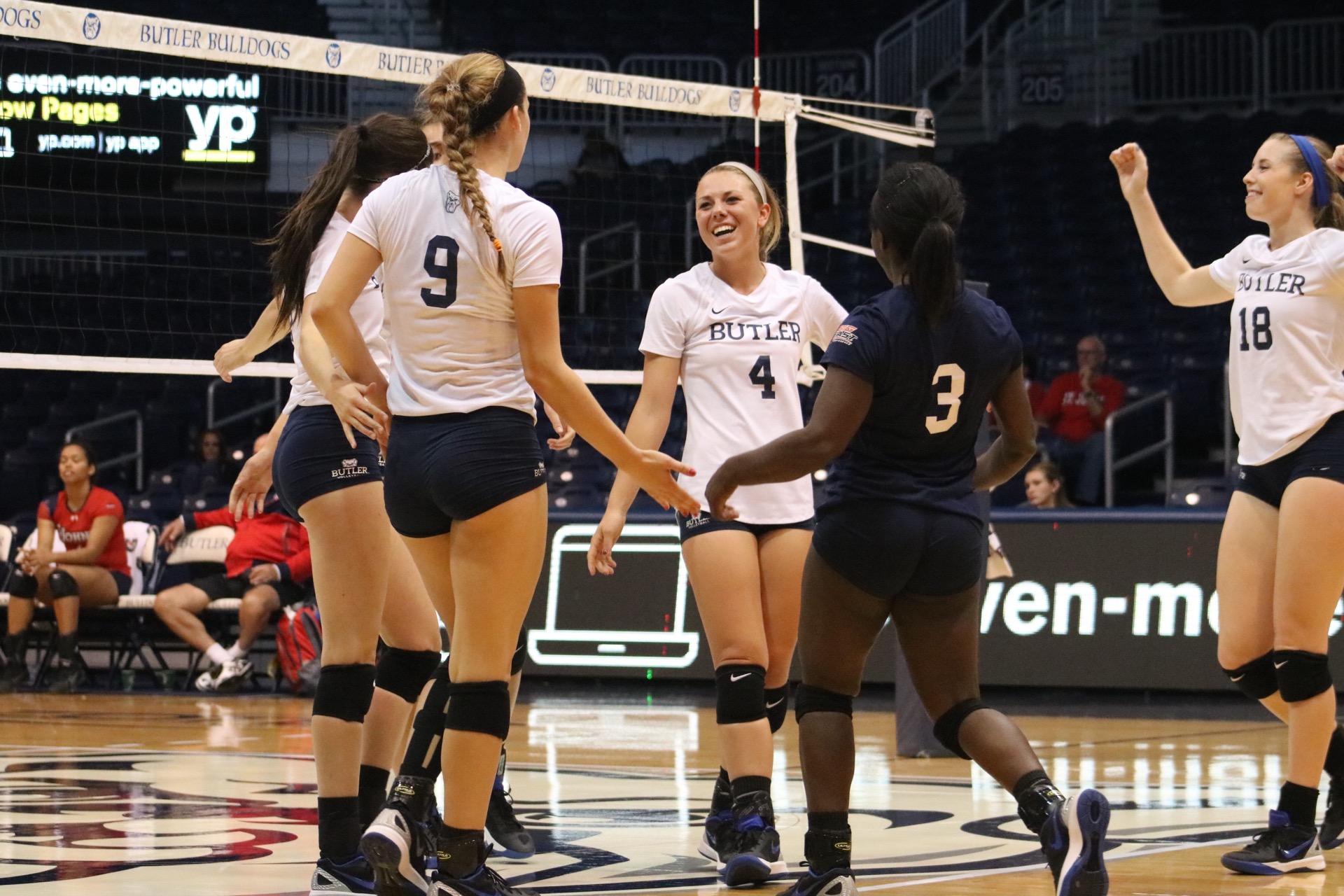 Aki Aitsebaomo showcased her offensive and defensive prowess on Wednesday night, but the Bulldogs fell to the Marquette Golden Eagles 3-1. Aitsebaomo accounted for one-third of Butler’s digs with 20.

“We have to learn to reduced our unforced errors,” Coach Sharon Clark said. “We make great plays with huge momentum swings, and then [we have] a service error.”

The Golden Eagles always give the Bulldogs a challenge. The squads split both their matches last year, with each team taking the home match. Sophomore Makayla Ferguson believes the Bulldogs can take this setback and learn from it.

“I think we learned what the Big East is really like, especially playing Marquette, one of the best teams in the Big East,” Ferguson said. “This opens our eyes, and hopefully will make us really focus in and show us how we should compete against these kinds of teams.”

Ferguson combined with freshman Meghan Cotant for 46 assists. Freshman Briana Lilly was a bright spot for the Bulldogs, posting 11 kills and 4 blocks. Lilly’s 79 blocks on the season lead the Big East. Butler will face Big East arch-rival Xavier on Saturday, Oct. 3 at 2 p.m.

“Xavier plays very tough and aggressive [volleyball], so we need to play that same way in order to compete with them,” Ferguson said. “We will work on our defense and blocking in order to stop their big hitters, because that can really shut them down.”

The match will be televised on the Big East Digital Network. The Musketeers stand at 7-7 on the season (3-1 Big East).

“We will be ready for Xavier,” Clark said. “These are tough matches, and our goal is to get the team rested and ready for Saturday at home.”