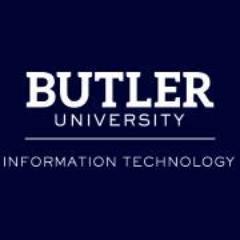 Butler University’s Information Technology discovered an issue that delayed outgoing mail sent from Butler servers to outside servers. This issue was not fixed until almost a full day later, causing outbound messages not to be sent from approximately 11:00 a.m. Oct. 13 to 11:30 a.m. Oct. 14.

When students download add-ons and use them on their Butler blog, hackers are able to mess with the blog.butler.edu server because these add-ons are not protected.

“There was an add-on that had a bug,” said Jim Patrick, the IT operations manager. “This bug was creating e-mail going out to the tune of 25,000 messages an hour, and that was basically over loading the mail system.”

The problem occurred from blog.butler.edu, a popular communication tool used among students on campus. The blog uses a program called WordPress. WordPress has different add-ons to help enhance blogs. The add-ons are developed by a third party, so Butler has no control over them.

Since the BUmail server was so backed up, outside servers, such as Gmail, held on to its messages and waited until the BU server was cleared to deliver them.

First-year student Remington Montes used Yahoo mail, and this back up made it challenging for her to communicate with people on BUmail.

“It made it really difficult because professors weren’t getting my messages,” she said.

The problem stemmed from a software issue, not a hardware issue. Patrick said the problem should be fixed.

“Since then, we have went in and patched the issue and put in for the ability for our mail system to strip out those messages because they were coming from an address that would never be used for sending out messages to campus,” Patrick said.

Since a third party develops those add-ons, if they develop some kind of problem, then it is IT’s job to create a patch to stop that particular problem.

“It’s a constant battle back and forth,” Patrick said. “The university receives over a million malicious spam messages a week. Only 1 to 2 percent of those messages are actually messages that need to get here.”

He said campus computers are safe.

“We have administrative tools in place that keep updating those computers for lab classrooms and faculty and staff, so we can keep those protected,” Patrick said.

IT recommends updating the computer is the best way to keep it protected.