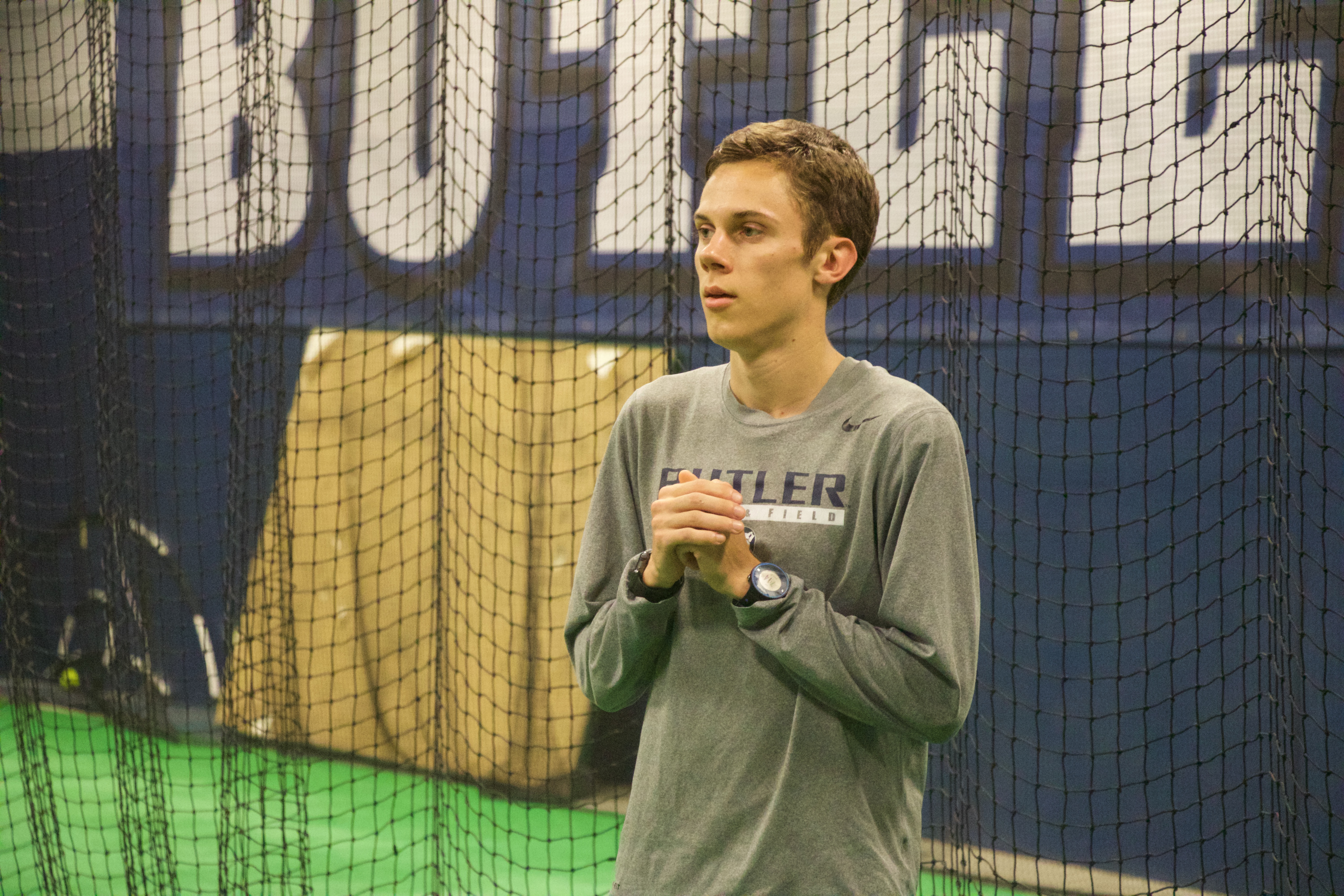 The U.S. Track & Field and Cross Country Coaches Association named Erik Peterson National Athlete of the Week after his victory at the Virginia Panorama Farms Invitational on Saturday, September 26. He won the race with a come from behind effort on the last straightaway.

Peterson was grateful to have won the award.

“I guess it is just nice recognition,” Peterson said. “You put in a lot of hard work over the summer and the fall, and it is just good to be recognized and have a good result. The attention it has brought to the team is nice too.”

Peterson finished in 22nd place last year at the 2014 NCAA Championships, and he believes it was an eye opening experience for him.

“I think it opened up the door to being maybe a Top-10 type kind of guy,” Peterson said. “Having that kind of experience is a stepping stone for this year.”

Peterson was a two-time All-State Cross Country runner at Barrington High School in Illinois despite not starting to run until his sophomore year of high school.  In his opinion, he started having a lot of success at Butler his junior year. He was named an All-American last year and qualified for the USA Track and Field Championships in June.

Peterson admits that running in college wasn’t always what he dreamed about. In fact, he said it wasn’t until his senior year of high school that he started to consider the possibilities of continuing his cross-country career.

Head coach Matt Roe is certainly glad he decided to continue running at Butler University. Not only does Peterson perform well in events, his leadership as a senior is invaluable to the team.

“It is really good because we’ve got such a young team other than him and a couple of other guys,” Roe said. “Most of the team are freshmen and sophomores, so they really need to see what it takes, and he provides a path to be an elite Division 1 athlete. It’s one thing for a coach to tell somebody what they need to do, but it’s another thing for them to see it from one of their peers.”

Roe also elaborated on some of the things that Peterson has done throughout his career to get to where he is now.

“One thing he does incredibly well is that he transitions from season to season very well,” Roe said. “He doesn’t take a tremendous amount of time off, and he recovers really well. He keeps climbing the ladder and that’s the reason he’s come from kind of a virtual unknown to an All-American.  He consistently gets better from season to season.”

Assistant Coach Jared Nelson just joined the team this year, yet he has already noticed a few things about Peterson that made him special.

“I’d definitely say his determination to put all of the little things into work,” Nelson said. “Besides just doing all of the mileage, he’s dedicated to everything else that comes with the sport. Having coached other national caliber athletes, he has been doing everything that they normally do. That’s great to see.”