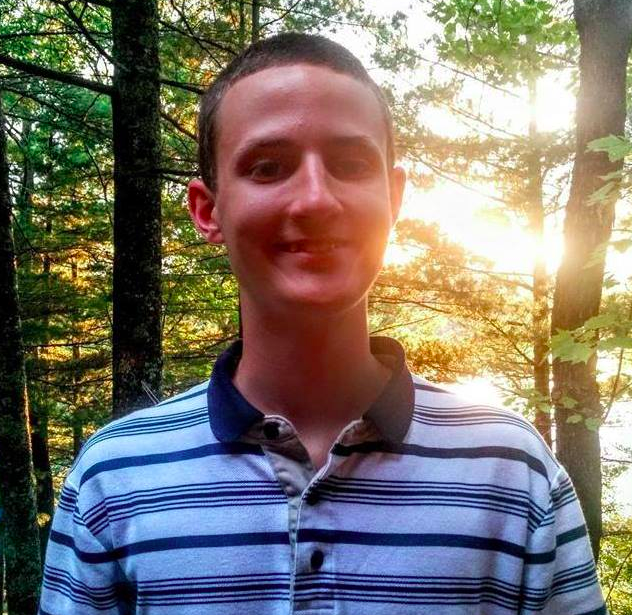 Even when Nolan Paul Read was in elementary school, his mother Leah Read felt his future was bright.

Each October, Leah and Nolan would go door to door in their Texas neighborhood as he sold popcorn for Boy Scouts. Though small in stature, he would read off the popcorn menu with confidence. He’d make his sale and be sure to return the next year.

“Mr. Brown, do you want your same order as last year?” he’d ask. “Maybe you want to order two this year.”

“He developed that business sense and would remember his customers,” his mother said. “We still have neighbors that definitely know him from knocking on their doors. He would set a goal and reach it, even from a young age.”

Those characteristics — that business-like approach, that confidence, that friendliness — are things that would follow him all the way through middle school, high school and through his first two years as a business major and music student at Butler University.

Those are the characteristics his friends and family remember about Nolan in the aftermath of his death by suicide on Aug. 17, 2015. He was 20 years old.

Amber Kline, senior biology and German major, knew Nolan since his freshman year. They were in wind ensemble and the basketball band together, where Nolan played the trumpet.

“He made people more positive about things,” she said. “He came in as a freshman, and I don’t think anyone really knew how to handle him. He was this little ball of energy. But he was one of the nicest people I’ve ever met. Anyone after an experience with him would’ve been like, ‘That was really nice.’

He cared and seemed invested in everybody. It’s something you don’t see a whole lot. He made time for people. It was appreciated more than he ever knew it was.”

Sometimes, Kline would go to Nolan for encouragement. They would talk to each other at basketball games.

“Every single time I would run in at the last minute, and he would always ask me how my day was,” she said. “It was really nice to have someone who was always listening.”

That is, he would listen when there wasn’t action on the court. Despite growing up a faithful Texas Longhorns fans, Nolan quickly adopted the Bulldogs as his team.

“I learned to calm him down because he’d get so worked about the team missing a rebound,” Kline said. “I’m pretty sure he could have had a heart attack up there. He was always so excited.”

It was basketball, among other things, that made Nolan choose Butler. He watched Butler make their tournament runs in 2010 and 2011 and got a postcard from Butler with a picture of the Final Four team on the front that excited him even more.

“He loved sports and loved that a small-town team made it so far,” his mother said. “I think that’s what sparked his interest.”

Butler faced Texas in the opening round of the NCAA Tournament last year. His father remembers when it was announced the two teams would play each other.

That was the most humorous thing that has ever happened to our family,” he said. “We were back in Texas, and said ‘Oh no, this can’t be happening.’ What are the chances of that happening?’”

Nolan went to the game with the basketball band in Pittsburgh, got his picture taken with Butler head coach Chris Holtmann and assured Butler President Jim Danko that even though he was from Texas, he was rooting “110 percent for the Bulldogs.”

Nolan’s love for sports wasn’t the only thing that made him memorable among his peers. He was also an active participant in the music program. In addition to basketball band, he also played in the wind ensemble and various jazz ensembles during his time at Butler. His parents said Butler’s music program was one of Butler’s big selling points. There was one particular person in particular that made an impact — Matthew Pivec, an associate professor of music in the Jordan College of the Arts.

“They immediately had a connection when they met,” his father said. “Nolan loved him.”

Pivec said Nolan’s dedication to his craft was always obvious.

“You can’t get much more enthusiastic than having the desire to play and work on your craft,” he said. “He worked hard and music was very important to him.”

Pivec said Nolan was always prepared for rehearsals. But one day, he wasn’t.

“That didn’t happen very often with Nolan,” he said. “At the end of rehearsal, he came up and said, ‘I’m so sorry I wasn’t prepared today. It won’t happen again.’ That’s pretty rare for a student to admit to a professor that he didn’t do his best and was going to turn it around. That showed me that he cared.”

Pivec said he and Nolan were able to develop a strong bond, and Nolan would often send some “friendly fire” his way.

“He wouldn’t hesitate to pick on me a little bit,” Pivec said. “We understand when the professional decorum is necessary, but we also understand when we can have fun. Ensemble directors are in a unique position because we share students for a lot of time and lot of consecutive years. You earn nuances of each other’s personality.”

Nolan’s sense of humor would often come through in rehearsals. For one piece, Nolan was told to play the role of a barking dog. Kline missed that rehearsal, and was in for a surprise the next time the band practiced the song.

“I came in and we played that song and I was like, ‘What just happened?’ It was so funny,” she said. “He was the yippiest little dog ever. I think I was doubled over laughing the rest of rehearsal.”

Nolan was always thinking about the future. He was scheduled to do an internship with the Butler Athletics department this Spring and planned to go to graduate school at the University of Lincoln-Nebraska to get a masters degree in sports business (while planning to stay in touch with the Bulldogs, of course. “Butler will probably play Creighton,” he would say. “I’ll be able to get down there to see that game.”)

Valerie Lines, a sophomore music major, said she and Nolan had many late-night conversations where he expressed excitement about the future.

“When we were talking it was usually one-on-one,” she said. “It was usually stuff that wasn’t surface level. I had the feeling that he didn’t have many people who would talk to him about those things. It was really an open-door policy. It was those 2 a.m. ‘laying around talking about things’ conversations.”

As for where Nolan’s optimism and joy came from, junior music performance major Christian Beachum thinks back to his freshman year when he met Nolan in a Bible study.

“I’d like to say, based off conversations I had with him, one purpose behind his positive attitude was his faith,” Beachum said. “Every time he talked, he had something positive to contribute. But it wasn’t surface level, it was stuff that helped lead the discussion somewhere deeper. Knowing some of the things he said, I think his faith was a big part of it. Knowing he wasn’t doing these things for himself, but he was doing them for a bigger purpose.”

Nolan’s parents said they hope students can learn from his unfortunate death.

“When you need help, raise your hand and let somebody know,” his father said. “Apparently, Nolan didn’t let anybody know. I know any of those hundreds of friends he had here, or any of his professors, would’ve helped him get to wherever he needed to go.

“As a student, if you feel like you’re starting to go through some issues, reach out right away for help. You need to be bold, and we need to make people aware that it’s OK to talk about this stuff. We need to talk about it more and bring it to the forefront of conversation.”

His mother also hopes people can be encouraged by the way he lived his life.

“I hope people can pick up on his enthusiasm for life and his positive attitude, putting your best effort into things, having a good work ethic and attitude,” she said.