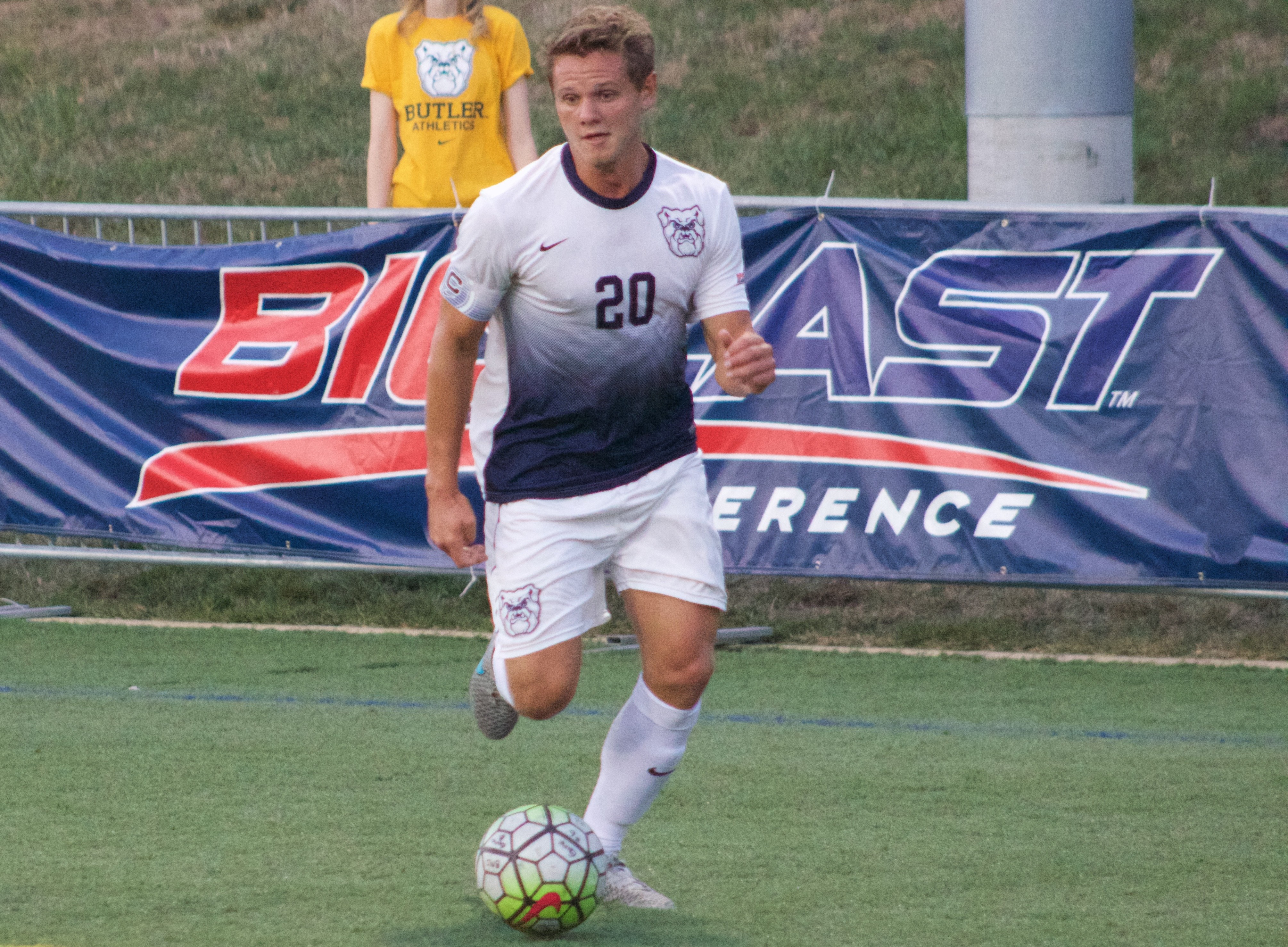 After a strong performance against St. John’s last week, the Butler men’s soccer team carried the momentum to Seton Hall in a 3-0 victory for the Bulldogs. With an overall record of 8-3-3, and 4-2 in conference play, Butler remains in third place in the BIG EAST. After the loss, Seton Hall dropped to 0-12-1, with a BIG EAST record of 0-6.

The team dominated the Pirates early on, with Vincent Mitchell scoring within the first minute and thirty seconds to put the Bulldogs up by one.

Goooooooial! Vinny with the early goal assisted by Postlewait. Dawgs up 1-0 in the second minute. #GoDawgs

After stealing the ball from a Seton Hall defender, Mitchell took the ball to the left of the box, sending the ball to the back of the net. Mitchell currently leads the team with nine goals. This was his fourth game-winner. According to Butler head coach Paul Snape, the early goal was able to calm any existing nerves the team had. “As a coach, I think I’d like to score that early every single game,” said Snape. He added, “I tell the boys, you gotta be prepared to score in the first minute.” In the 28th minute of the game, Butler goalie Eric Dick was able to stop a Seton Hall penalty kick, forcing the ball to go just wide. Saturday’s game marked the Bulldog’s fifth shutout of the season. The first half concluded with Butler dominating the shots, 12 to 5.

The team continued to do all the right things in the second half, and pulled away for the win. In the 61st minute, Eric Leonard headed a ball from Kieran Geldenhuys for his second goal of the season. The goal placed the Bulldogs up by two and marked Geldenhuys’ first career assist.

A final goal by David Goldsmith in the 69th minute resulted in the final score of 3-0. Bennett Kim took the assist.

With three games remaining in the regular season, Coach Snape sees the team’s diversity in talent and skills as an advantage.

“We’ve got a really diverse team out there so I think it’s hard for us to be shut-down in one way, and if someone does, we’ve got an alternative plan,” Snape said.

The Bulldogs look to take on DePaul at 7 p.m. in the Butler Bowl on October 28th.