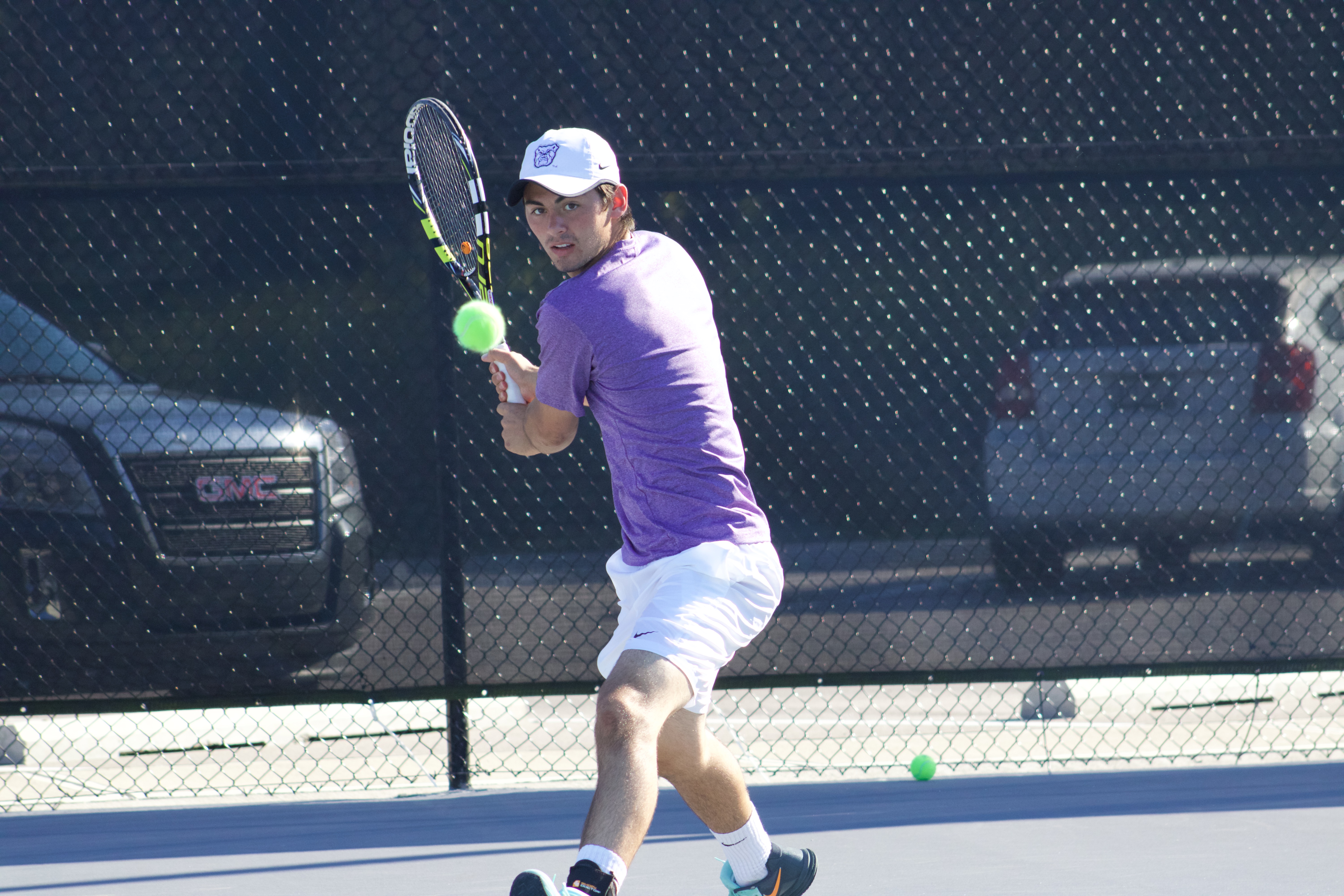 The Butler men’s and women’s tennis teams each traveled to compete in the USTA/ITA Ohio Valley Regional Championships, a five-day tournament being played from Oct.15-19. The men traveled to the University of Tennessee while the women went to Purdue University for the tournament.

On the men’s side, Mason Dragos captured a win during the singles main draw on the first day. He defeated Aleh Drobysh of Austin Peay 6-2, 6-4. Dragos would eventually fall in the second round.

Ari Gerstein, Alex Woldmoe and Adrian Mag all won their opening round matches as well, but like Dragos, they would fall in the second round. Gerstein pulled out a victory against Javier Villar of Murray State 7-5, 6-2. Mag’s win came against Matthew McCoy of Indiana 6-4, 7-6, and Woldmoe managed to grind out a win 7-5, 6-1 against Gabriel Ruiz of Morehead State.

During the doubles competition, Mag and Spencer Lang were the only Butler duo with a match win, defeating Caio Niel and Bruno Russo of Belmont 8-2. They would fall in the second round 8-6 to Igor Smelyanski and Jack Schipanski of Tennessee.

In the singles consolation bracket, Mikheil Khmindashvili would pick up a victory against Sabastian Penaloza of Morehead State after dropping the first set 3-6, 6-4 (6). He would then lose in the second round to Rhys Johnson of Vanderbilt.

Lang also showed some success in the consolation bracket. After losing the opening round, Lang would bounce back to pick up two wins. He defeated Zach Berry of Dayton 6-1, 6-0 and Santiago Salazar of Louisville 3-6, 6-2 (8).

On the women’s side, Bailey Padgett was the only one from Butler to qualify for the singles main draw. She fell to Justina Mikulskyte of Kentucky 6-2, 6-1.

Padgett would eventually find success in the consolation bracket. She defeated Ayaka Terashi of Morehead State 7-5, 7-6 (4) before taking a tough loss on Saturday 6-7 (2), 6-4, 10-6 to Brittany Lindl of Tennessee.

Kylie Haviland dropped her qualifying match 6-4, 6-2 to Tereza Hejlova of Western Kentucky. She would be joined by Konstantina Adami for doubles qualifying action, but they would fall 8-2 to Marina Guinart and Yi-Chi Ma of East Tennessee State.