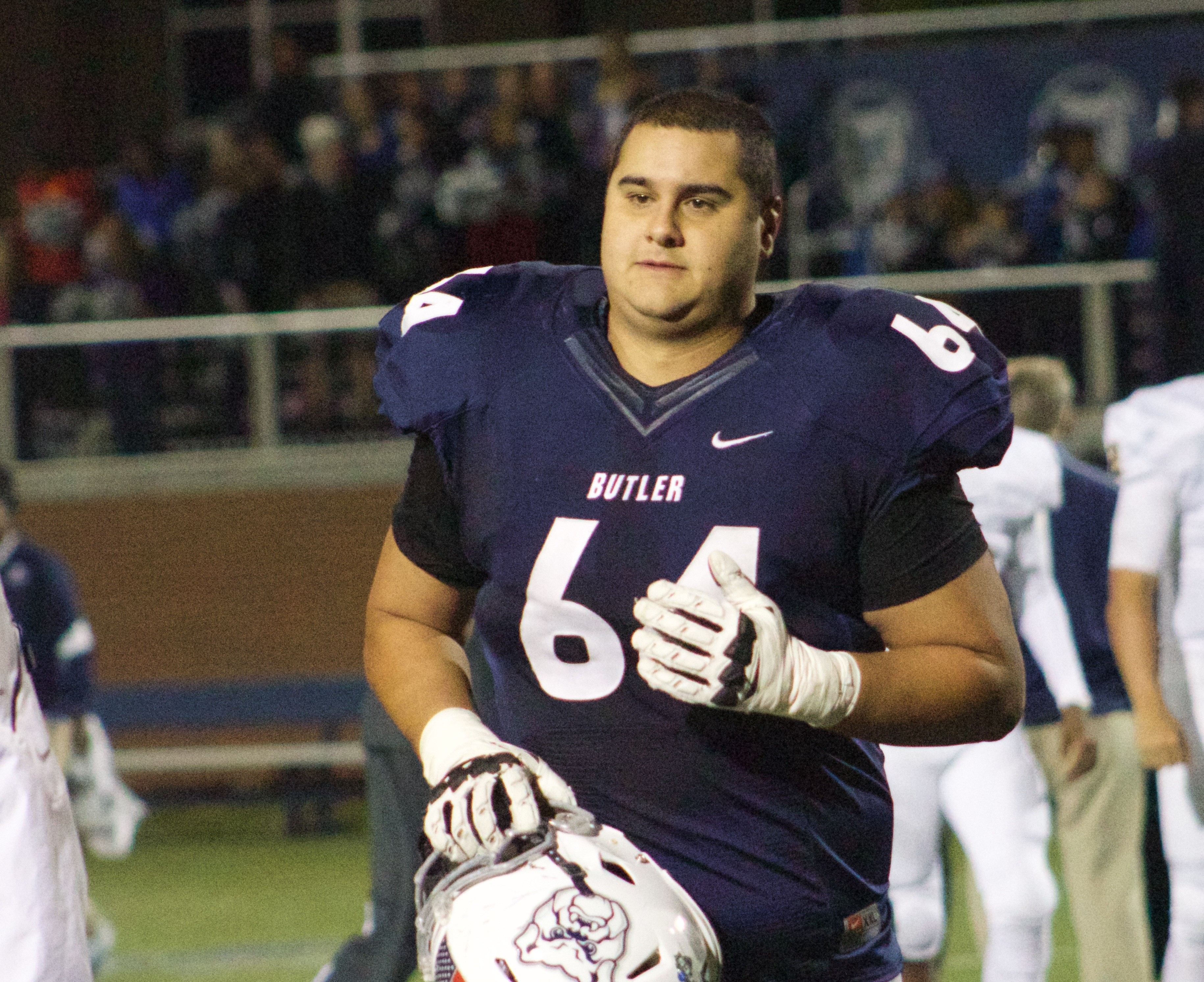 The Butler football team fell in the final minutes of the fourth quarter on a 50-yard rushing touchdown to give Dayton the 27-24 win on Saturday night. The Bulldogs drop to 4-3 overall and 2-2 in the Pioneer Football League. Dayton moves to 7-0 (4-0 PFL).

Alex Jeske had 219 passing yards and a touchdown pass for Dayton. Dayton’s game-winning score came on a 50-yard rushing touchdown by Tucker Yinger. He had 55 yards on the day.

Butler had 435 yards to 364 for Dayton and had the edge in time of possession at 32:14. Dayton’s only lead of the game came on final TD

On the first play of the game, Shiltz threw an 83-yard touchdown pass to Scaccia to take the 7-0 lead. Shiltz also had a two-yard rushing touchdown that gave Butler a 17-7 lead in the second quarter. Butler’s final score would come on a 55-yard touchdown reception by Martin-Hayes from Shiltz which gave them the 24-14 lead early in the third quarter. Dayton would score twice on field goals by William Will to bring them within 24-20 before Yinger’s touchdown run that would win the game.   The Bulldogs had two fourth quarter drives that ended in a fumble and a missed field goal attempt which would cost them the game. Dayton was able to use up the remainder of the fourth quarter by running out the clock. Butler had many defensive players shine on Saturday night. Jordan Massey and Adam Rodgers each contributed a sack. Isaak Newhouse ran an interception back for a touchdown that was called back for a holding penalty during the return. David Starkey also supplied 10 tackles, including nine solos. The Bulldogs will be back in action when they travel to Marist on Oct. 31.