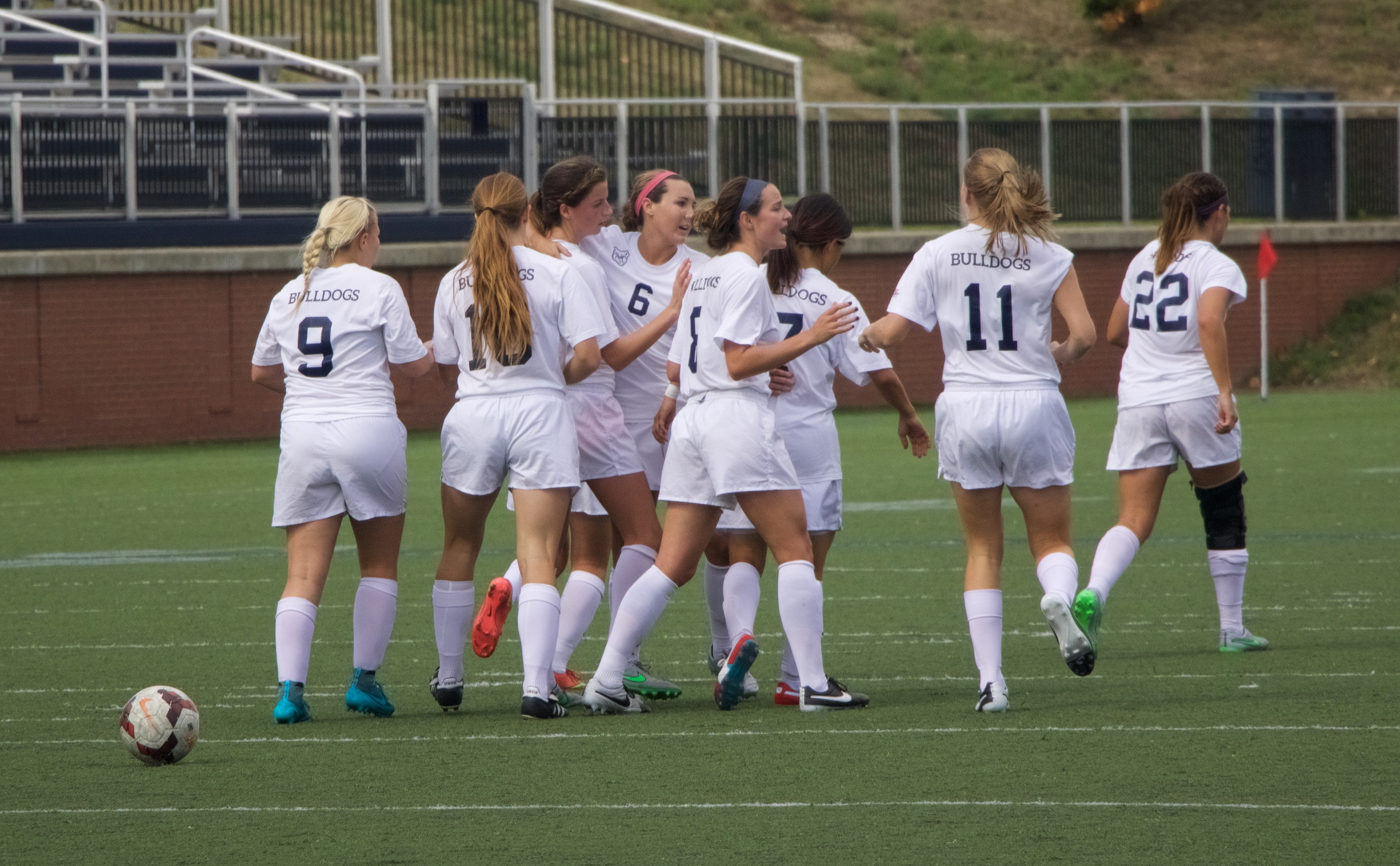 Big East Conference play started off on the right foot for the Butler University women’s soccer team as they opened it up Sunday evening with a 3-0 victory over Villanova University at The Butler Bowl.

“Opening Big East play with a win feels great,” sophomore goalkeeper Madison Card said. “We are all very happy with our performance and are looking forward to all of the practices leading up until our next game.”

Card played her second game since returning from a minor injury that put her out for two games. Thanks to Card, Sunday’s shutout of Villanova was the first time the Bulldogs had done so against the Wildcats. It was the sixth shutout of the season and fifth for Card.

Due to her performance in yesterday’s game, Card was named Big East Goalkeeper of the Week. This is the first time Card has received this honor in her two year Butler career. To go along with the shutout, Card had four saves, two in each half of the game.

Card was very humbled to receive the award, crediting it to her teammates.

“I feel very honored to have such a great team playing in front of me,” she said. “Just to recognize a few of the many, Shannon McDevitt has a great leading presence in our defense and Randy DeLong acts as the glue in our midfield. I couldn’t imagine a better group of girls to play with.”

“She was really solid on Sunday and she provides our backline with a lot of confidence,” said co-head coach Rob Alman. “Her improvement over the past 12 months has been impressive and has been a huge plus for our team.”

According to the Big East, Card’s five shutouts on the season currently ranks second in the Big East. Also, she currently owns a 6-3-1 record that includes a 1.05 goals-against average to go with 19 saves.

For Butler, the game was won in the first half, as all three of the team’s goals came in the first 42 minutes of play.

In minute 16, senior Sophia Maccagnone was awarded a free kick after a penalty by Villanova’s goalkeeper, junior Emma Meyer. Maccagnone sent the ball into goal territory, and sophomore defender Maria Collica positioned herself to get the rebound and beat the goalkeeper to the goal, giving the women a 1-0 lead.

Just 10 minutes later, freshman forward Halle Stelbasky scored the second goal of the game after she beat the goalkeeper to the goal. Stelbasky had assists on that goal from two midfielders, junior McKenzie Muchow and senior Randi DeLong.

The goal puts Stelbasky at eight goals on the season and is more than any other player on the team.

The third goal of the game was scored by junior midfielder Serina Kashimoto in minute 42. Kashimoto collected the pass from two freshman, midfielder Breann Pempek and forward Gabrielle Lemkuil, who were both credited with the assist, and beat the goalkeeper to the goal yet again.

Villanova switched their goalkeeper, Meyer, out at halftime in favor of sophomore Emily Harris. Meyer had allowed three goals and had zero saves in the first half. Harris finished the second half with five saves for the Wildcats, allowing zero goals scored.

“Our players were fantastic on Sunday and got rewarded for their diligent preparation and exceptional application in terms of work rate and game plan,” Alman said. “But we know we need to win a lot more games to achieve what this group has set out to do, so nobody is getting carried away with the first win.”

Looking forward to Thursday’s game, Alman said his team’s previous games this season mean nothing when preparing for their next game.
“We are well aware that nothing we have done to this point in the season in terms of results matters at all in relation to our next game,” he said. “And the same is true for a 9-1 St. John’s team.”