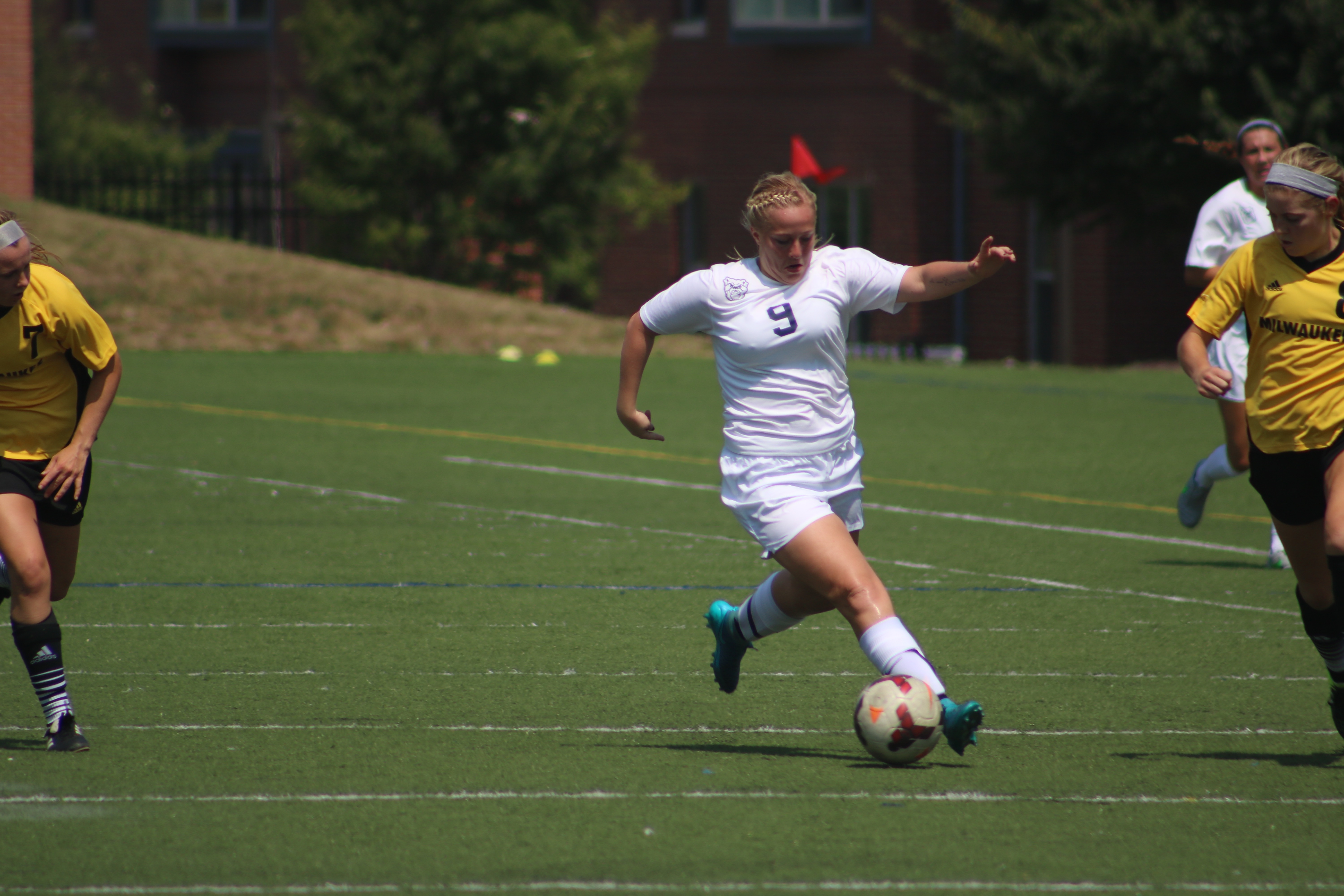 Butler ended their stretch of Indiana opponent games 2-1, with wins against Indiana University-Purdue University Indianapolis and Evansville, and a loss to Indiana State University.

The game went scoreless through the first 26 minutes of the game. Then, freshman forward Halle Stelbasky came on strong in minute 27 and scored the first goal for the Bulldogs with assists from the midfielders freshman Alex Holmes and senior Sophia Maccagnone.

Butler had just five shots in the first half and Evansville had three. Butler was aggressive, however, and was credited with six fouls in the first period. The Purple Aces had only three.

The action picked up after halftime, though. Just seven minutes into the second period, minute 52, Stelbasky scored another goal, giving Butler a 2-0 lead. Holmes had the assist for Stelbasky again.

“We are all aware of what Halle can do,” he said. “She’s not playing like a freshman anymore. She is a go-to threat for us.”

Four minutes later, Evansville got on the board with a goal from Colleen Dierkes to bring Evansville within striking distance.

However, Butler’s defense held strong to seal the win.

Butler led in the offense statistics column with 11 shots and five shots on goal, compared to just five shots and one shot on goal for Evansville.

Fouls were a problem for Butler as they accumulated eight fouls in the second half and 14 in the game. Butler’s Christy Chou, a sophomore defender, was given a yellow card in minute 75 of the game. Evansville finished the game with a total of eight fouls.

Alman noted that while the team played a great game, they lost control and made mistakes at times. He is confident that it can be fixed.

“It was a good performance for us today all around,” he said. “We played a little sloppy for 20 minutes or so after scoring the second goal, but those are simple things that we can fix.”

The women’s soccer team is in action again Wednesday, Sept. 9 at home against Wright State. The game is scheduled to start at 7 p.m.