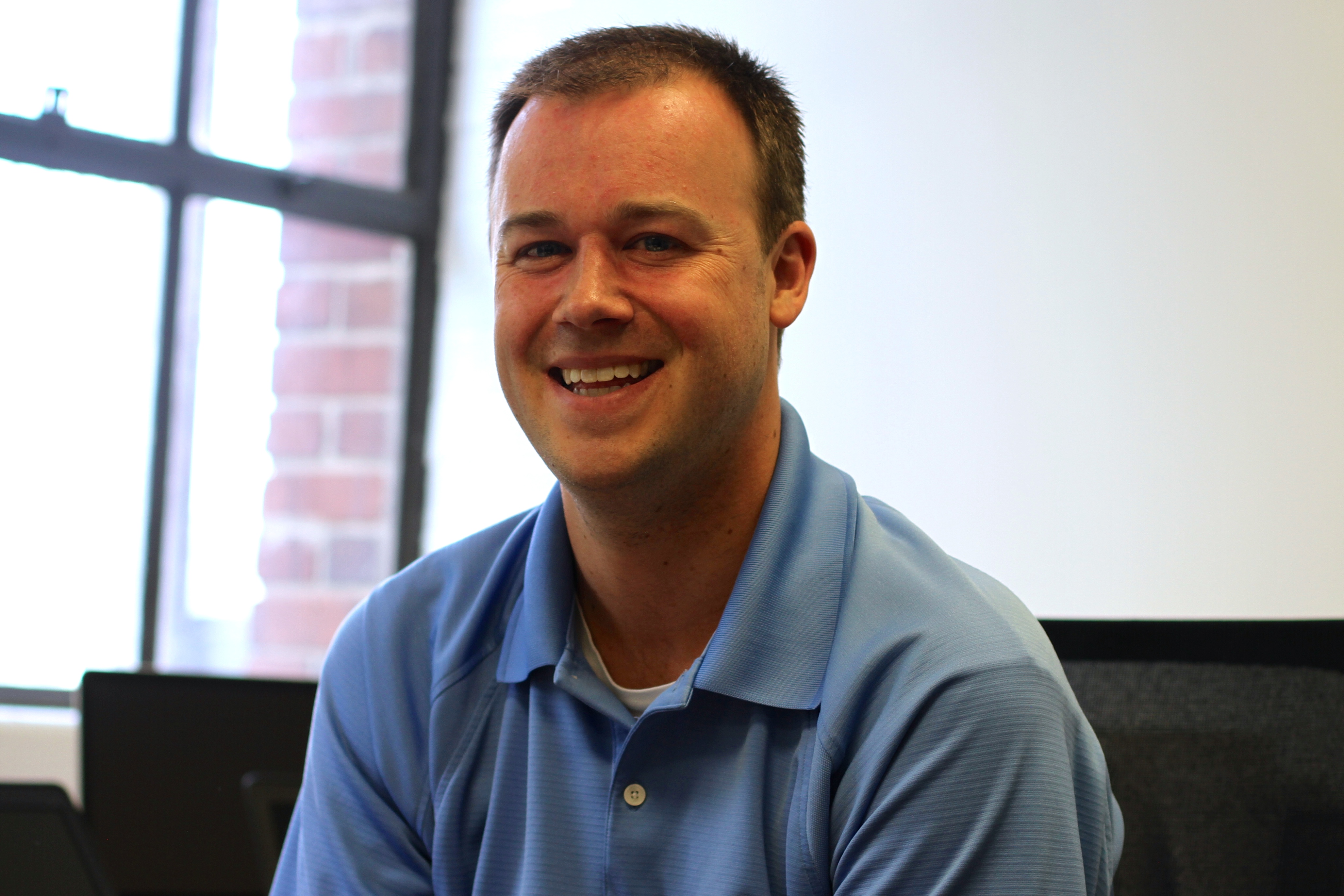 After former associate athletic director Jim McGrath retired after 34 years at the helm, the Butler athletics department didn’t even have to go outside of Indianapolis to find his successor, John Dedman.

After growing up in Harrodsburg, Kentucky, John Dedman graduated from Butler in 2003 and worked under McGrath as assistant sports information director from 2003-2006.

Dedman said that he looked to find that first job in places all over the country, and that working under McGrath right out of college was a great experience for him.

“Of all the places in all the world the job here at Butler opened up,” Dedman said. “Three months after I graduated, I was back here doing that job. I had a great experience working for Jim McGrath, who is one of the best in the business and he was a friend and taught me so much.”

McGrath spoke very highly of how well Dedman performed during his first tenure at Butler.

“I think he did an exceptional job,” McGrath said. “John had a solid background in journalism and public relations, he was well-versed in a variety of sports, and he had a tireless work ethic so he had all the qualities needed to succeed and did very well for us.”

Dedman then worked at the Indiana Sports Corp. for nine years in between stints at Butler. While at the Sports Corp., he helped manage communications and marketing for some of the biggest sporting events that came to Indianapolis such as Super Bowl XLVI.

However, when the job back here at Butler became available, coming “home” was an opportunity that was too good for Dedman to pass up.

“It’s a great organization, great people. I had a great experience there and it just came down to being able to in some ways come home even though it’s just five miles down the road,” Dedman said.

Director of Athletics Barry Collier said that he met Dedman when he was working at the Sports Corp. and that he got a good impression of him then. Collier then led his interview process and said that Dedman was a good fit for what they were looking for at the time.

Collier also said that Dedman has filled into his role well since starting again.

“I think he’s done a really good job gearing up and instituting some needed initiatives,” Collier said. “He’s been a really good resource for everyone in our department.”

In his transition back to Butler, Dedman said that replacing Jim McGrath presented challenges in itself.

Dedman said that the job was one that he had been looking at long before it even became available.

“To be able to come back and be in this role is something that I’ve had my eye on for a long time,” Dedman said. “I thought Jim was going to retire years ago. He just stayed and stayed and chopped away at it so to be able to come and be part of it was really cool.”

However, Dedman said that the focus should be on the student athletes, not on him.

“Every day is a little bit different,” Dedman said. “A lot of it is based around our teams and what we can do to kind of get the word out about them and how we can promote them.”

McGrath said that Dedman is a person who treats his job as much more than just that.

“John cares about the job more than just the job,” he said. “He cares about Butler and he’s going to give it everything he has to make sure things are done and done well.”

Collier said that Dedman is selfless in how he goes about doing his job. He would rather the athletes be publicized than himself and what he does.

“He’s very talented and very passionate person and we’re lucky to have him,” Collier said.

“I think he can be extremely successful,” McGrath said. “The sky’s the limit for John. He’s got all the qualities necessary to be a success in this business, he’s young and energetic, and I see him climbing to the top very quickly.”

Dedman said that one of the things he missed most about being at Butler was the busy college atmosphere that it comes with.

“It’s fun. That’s one of things that I missed these last nine years is that ‘everyday is gameday’ feel,” Dedman said, “and you only really get that on a college campus when you have nineteen sports. It’s chaos but it’s fun.”

The relationships that he is able to form as a result of his job is the best part of doing it whether it be with players or the coaching staff.

“Here at Butler, we’re here to be part of a team that we’re with 365 days a year and that’s a really unique experience,” Dedman said.

Although “The Butler Way” has been publicized more since his departure in 2006, Dedman said that the meaning of the phrase has not changed a bit.

“The way that everybody who’s worked here and everybody in the past to today came and attacked their job and did it for the right reasons hasn’t changed a bit,” Dedman said. “It’s just that probably more people know about it now and it’s really cool to see that be the guiding principle. It’s one of the things that makes Butler really special.”

Dedman said that the opportunities at Butler for students are some of the best that one could ask for in a college experience.
“You don’t get lost here,” he said. “You can make a difference here. You can be part of something that’s really cool here if you want to, and the nice thing about Butler is a lot of people really want to.”